Before I begin my I will point out that while you read this review, it’s only right that “Natural Born Killaz” plays in the background. If you really want to stop it, you can at the bottom of the post. (Note from Mark: I did choose an instrumental version so you don’t have the explicit language, but those versions are out there if you prefer a ‘lil salty language with your reviews.)

Kayfabe Commentaries have come out with another release from their awesome Timeline series. This edition looks at the History of Extreme Championship Wrestling in the year 1998. This time host Sean Oliver sits down with the incomparable “original gangsta” New Jack. 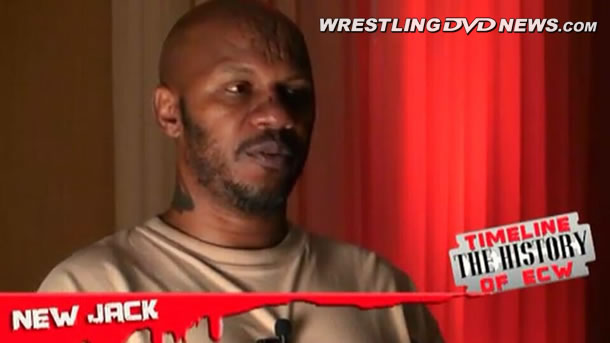 New Jack has worked with Kayfabe Commentaries on a number of releases (including a YouShoot and a Breaking Kayfabe) so by now with their third release there is a fantastic rapport between Sean Oliver and New Jack. As we have seen with other releases often guests will warm to Sean as the interview progresses, however with this one we are off and running with some incredibly funny stories from the outset.

New Jack is a wrestling personality who is certainly not known for pulling his punches or worried about burning bridges – and with these types of interviews that’s exactly what we want as a viewer! These “shoot interview” productions can live or die on the openness of the interview subject and with New Jack NOTHING is off limits. 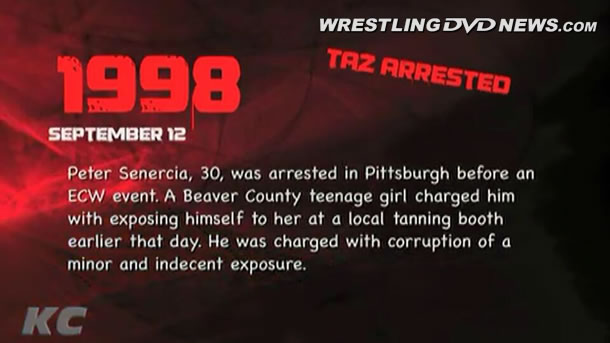 Some of the highlights of this release were New Jack recounting stories of Taz and his backstage confrontation with Rob Van Dam, the fallout from the verdict in the Mass Transit lawsuit, why Bam Bam had to carry New Jack through the match at WrestlePalooza, the dirt on Jack’s backstage confrontation with the Junkyard Dog and Paul Heyman’s “Oh Lord!” reaction to seeing New Jack hanging out backstage with Jake Roberts. Another nice story was the origin of why New Jack’s theme would continue through his matches (hence why we have it playing here as you read the review) and indeed whose idea it was. 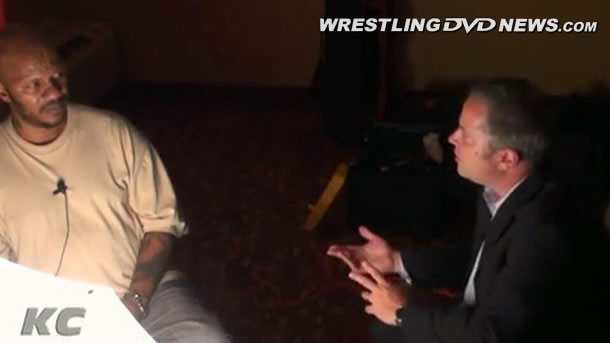 In terms of the production, something which Kayfabe Commentaries should be commended for is their filming techniques and how they adapt their production to the show they are putting together. This allows each different series to have its own unique vibe, something that some of the other shoot interview producers do not seem to do at all, meaning that their productions come across very samey – “tell me how you got started in the business…… Zzzzzz”.

The open for this release is a little different from those on the WWE Timeline releases, as rather than the introduction to the year with that year’s number one record, gas price etc, we instead begin by going right into the interview with the first discussion point. Honestly I do prefer that type of open to the cold open which we got here, as that sets the stage for the interview. 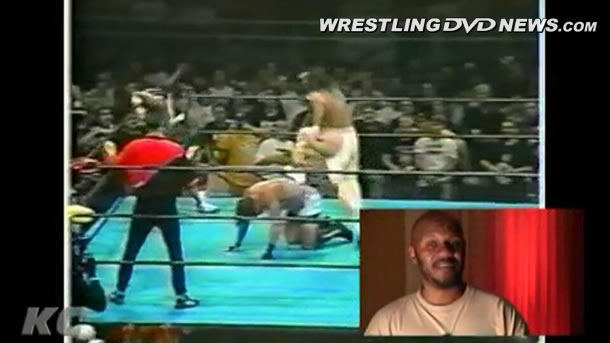 As is the norm with ECW Timeline releases the interview is complimented with some classic ECW footage which is licensed from R.F. Video. The quality of this footage is varying at best (in all likelihood it came via multi-generational VHS tapes rather than the master tapes which WWE have) but it does really add quite a bit to the production – especially if you don’t remember the moment which is being discussed.

A problem which I encountered on the clips was the audio levels between the continuing interview and the clip. I really think the audio on the clips should be reduced (or even removed) as it really competes with the interview and being a man it makes it quite difficult to concentrate on both things simultaneously. However, because there are only a handful of these clips through the entire release, it didn’t affect my enjoyment of the feature too much. It might be nice if the audio levels were sorted to have a few more classic clips throughout the interview.

This was a really, really fun release and it had me legitimately laughing out loud at various points. New Jack really provides an awesome interview and “Oh Lord!” I cannot recommend this particular release highly enough. Definitely check this one out – I’m sure you’ll love it too. 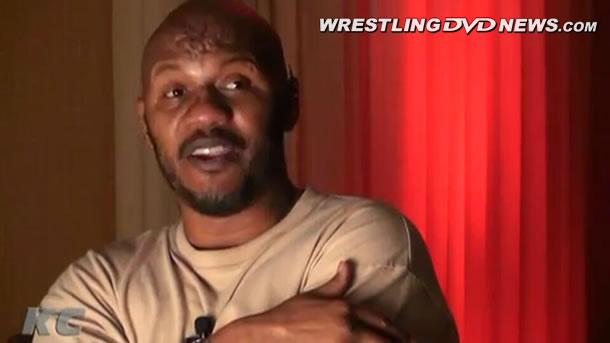 “Timeline: The History of ECW – 1998” is available now at KayfabeCommentaries.com.

You can purchase a physical DVD or stream On Demand. This DVD is also available as a “Hardcore Pack” along with R.F. Video’s ECW Timeline Year in Review 1998 (parts 1 and 2).