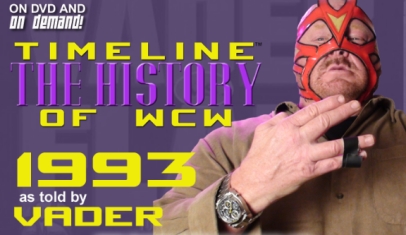 In case you’ve forgotten or are new to the site, I was a huge fan of the previous Kayfabe Commentaries Timeline release, which featured Bruno Sammartino recounting the WWE in the 1960’s.  Early-90’s WCW is a time that has almost been lost in wrestling history.  We’ve heard about it a bit on DVDs released by WWE in the past, but they rarely go into too much detail about the time.  I was looking forward to seeing another one of these years get the Timeline treatment from Kayfabe Commentaries.

For 1993, Vader was the natural choice.  He held the WCW Championship for nearly the entire year (although there was also an NWA Champion in the company at the same time), and he was a part of many of the big storylines.  Yes, we even get to hear his take on the White Castle of Fear.  Vader is a wrestler who has also been shrouded in a bit of mystery.  He has done interviews in the past, but because he has been involved in WWE DVDs so infrequently, I don’t feel like we get to hear from him too often.  This was the first Vader interview I’ve seen (outside of his comments on the Foley doc), so I was curious to see how he would work in this format.  Ultimately, everything came together very well, and this documentary ended up being a lot of fun.  The total runtime was a little over 2 hours, 10 minutes. 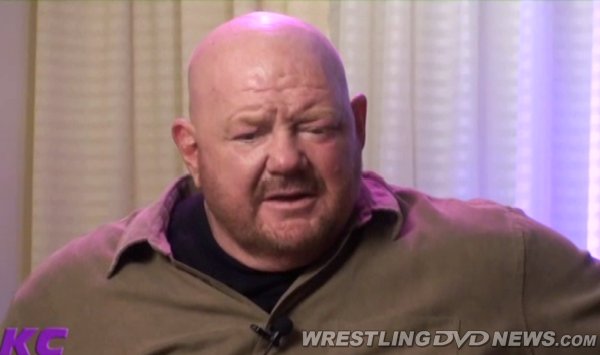 Vader was a delight to hear from in this context.  He seems to be one of the guys who (at least as far as I can tell) has come out of wrestling in a pretty good state of mind.  He’s clearly an intelligent guy, and he doesn’t hold any grudges from his days in the business.  While watching this interview, you can tell that there are a few guys that Vader didn’t get along with particularly well while he was in WCW, with Ric Flair and Eric Bischoff being the two biggest examples.  While Vader answers questions about these guys honestly, he never goes out of his way to bury them.  In fact, he makes sure to take the time to praise what they did well.  At one point, Sean Oliver asks Vader what he thought about Sid Vicious’s in-ring ability, which I felt was a thinly veiled attempt to get Vader to speak negatively about someone.  Vader pretty much brushes off the question though.  Without a doubt, this interview made me want to see more from Vader in the future. 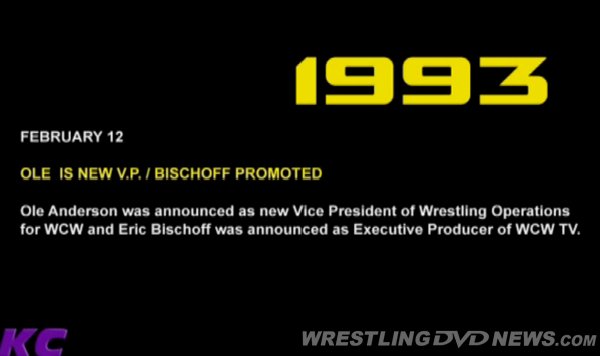 While 1993 is not a year that is discussed in WCW’s history all that often, quite a bit happened over the course of the year.  At the start of the year, Bill Watts was still running things, but eventually he would be removed in favor of a booking committee that seemed to consist of Ole Anderson, Dusty Rhodes, Ric Flair, and a young Eric Bischoff.  In general, Watts’ tenure in WCW is not looked at with a very positive light.  Vader didn’t seem to have a big issue with Watts, though.  Since Vader was champ, he was given a bit more freedom than a lot of other employees, and this seems to be reflected in his opinions on Watts.  He also was able to start some interesting programs under Watts, such as his feuds with Sting and Cactus Jack.  Therefore, Vader doesn’t have anything bad to say about the guy.  As I alluded to earlier, the discussion of the Sting feud allows for a breakdown of the infamous White Castle of Fear “mini-movie”.  Vader looks back on it fondly, and it’s a lot of fun to hear him discuss such a goofy segment.  We also get a nice discussion of the Sting/Vader strap match, which is one of Vader’s favorites.  He acknowledges how difficult strap matches are, and explains why this one worked when the match type usually does not. 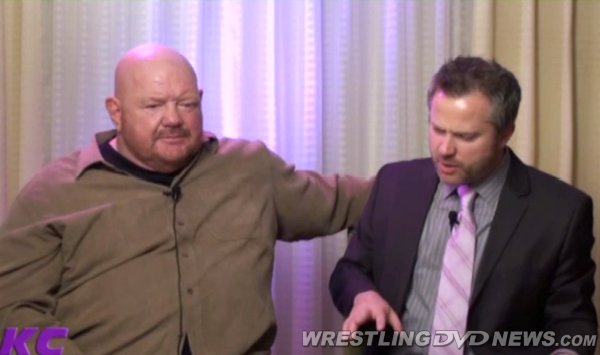 While Vader never directly badmouths the new booking committee that took over after Watts left, it’s clear he was upset about a few of the creative choices.  His feud with Cactus Jack was cut short before it really should have been, and Vader was a big fan of this feud.  He felt that he could have main evented a lot of shows with Foley, and they didn’t get the opportunity.  Vader speaks very high of Foley in general; it’s no surprise that Vader was willing to participate on his WWE DVD.  It’s also interesting to learn about a potential tag team that formed between Vader and Steve Austin.  The tag team never really took off, but in hindsight, it would be an interesting team-up.

One of the most interesting topics Vader ends up addressing is the way a rookie should act when he first debuts in the company.  I expected him to say that the new guy should defer to the legend at pretty much all times when putting together a match.  Vader makes it clear, though, that the rookie needs to speak up to make sure he can get one or two of his own spots into the match.  Without this, he won’t be able to connect with the audience, and in a way, it shows that he doesn’t really care as much.  I had never heard this perspective before, and I thought Vader did a great job verbalizing it.  Two other highlights for me were Vader’s breakdown of the Sid/Arn Anderson fight (which I don’t want to spoil), and Vader’s constant reminders that he was the first super-heavyweight to successfully pull off a moonsault (not Bam Bam Bigelow, as the WWE would lead you to believe on 50 Greatest Finishing Moves…).  Ole tried to convince Vader not to do it, but he was persistent, and ends up pulling off the maneuver.

I’m surprised to be saying this, but I can’t think of any major negatives about this interview.  I find the “timeline facts” that scroll across the bottom of the screen occasionally to be a bit distracting (it’s impossible to read and listen to an interview at the same time), but other than that, I thoroughly enjoyed this release.  I gave a few examples of my favorite stories above, but I only scratched the surface of what is discussed throughout this DVD.  Vader seems to be at a point in his life where he is happy with his wrestling legacy, and just wants to tell the old stories without any pomp and circumstance.  It’s all very interesting, and you believe every word he says.  He never tries to “put himself over” the other wrestlers or make anyone look bad, even if he clearly didn’t always agree with them.

If you are a fan of Vader, old-school WCW, or just wrestling history in general, this is an absolute must-watch.  Another great addition to the Timeline series for Kayfabe Commentaries.

“Timeline: The History of WCW – 1993” is available now at KayfabeCommentaries.com.

Grab it here on Amazon.com for $19.96, or in WWEShop.com‘s exclusive T-Shirt bundles. 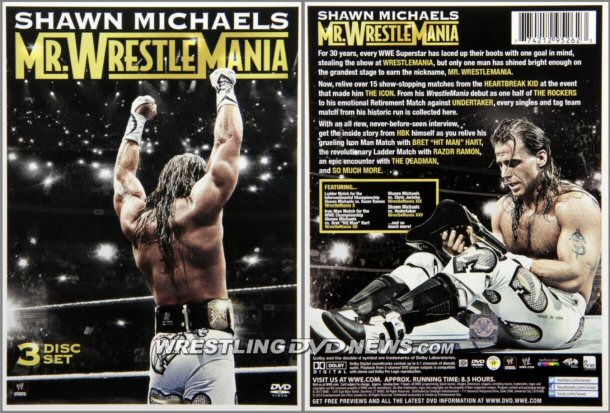