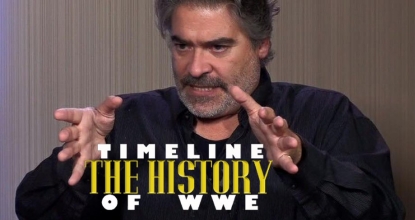 In the history of WWE few years are as important or beloved by fans as 1998. Ahead of a legendary Super Bowl commercial, amid the debut of “Iron” Mike Tyson, the war between Stone Cold Steve Austin and Mr. McMahon, and a new direction known as “Attitude”, the then-World Wrestling Federation finally overcame WCW Monday NITRO in the ratings and began to shore up its own future, which for so long seemed so bleak.

Key to this turnaround is one of the most controversial and divisive figures in the history of the wrestling business, Vince Russo. So it’s only fitting that Kayfabe Commentaries‘ Sean Oliver sits down with Vince Russo for “Timeline: The History of WWE – 1998”. 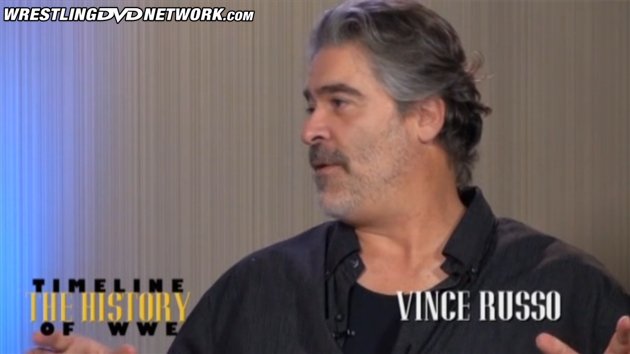 Vince Russo came to WWE in 1992 to write for the now-defunct WWF Magazine and by 1994 was its editor. By 1996 Russo was on the creative team at a time when the ratings were nearing all-time lows. By the start of 1998 Russo joined Vince McMahon and Jim Cornette as the “booking committee” of the WWF making Russo a perfect candidate to dissect such a pivotal year in the company’s history.

At the start of 1998 the WWF was in the midst of the famed 84-week losing-streak to WCW Monday NITRO. Old-school wrestling and old-school gimmicks weren’t cutting it. Russo began to push more aggressive, cutting edge angles and ideas that would give way to the “Attitude Era”. Russo explains that the NWA angles in the WWF, for instance, were meant to appease Jim Cornette while at the same time proving, with the angles demise, that old-school was passé. Russo details how ratings and crowd reactions, not people’s opinions, drove the product and told them who to “push” and who to avoid, a point illustrated when talk turns to Tennessee Lee and Dan Severn. 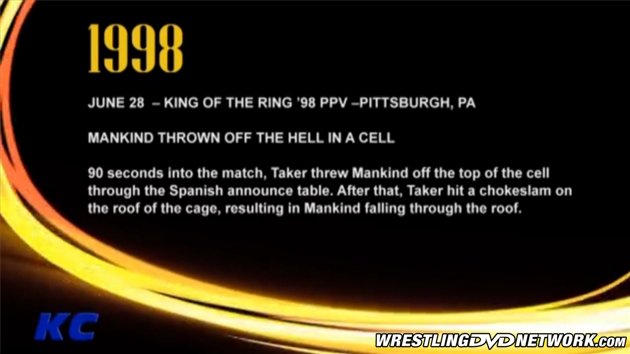 All of the key storylines and matches are discussed as are key backstage stories, including Austin getting the “Hollywood bug” and looking to get out of the WWF, the origins of “Brawl for All” and subsequent heat with JBL, the creation of “Chainsaw Charlie”, and a humorous story of Vader getting caught under the stage when the pyro went off on Monday Night RAW.

Everything you may have ever wanted to know about this era in WWE is detailed. From how RAW was written (including the 3-hour block of Jerry Springer) and how Vince would polish the shows, how magician/gimmick-man Richie Curtis made the shows that much better, to how many of the craziest concepts made air, like the Zamboni and the cement-filled Corvette. Russo talks about how Mike Tyson came to the WWF and if he thinks Vince had ulterior motives, his thoughts on Shawn Michaels’ back injury, and how there was never any time for celebration or jubilation even after they overcame the WCW juggernaut. Perhaps the most insightful moments are when Russo describes how Vince went about phasing out a talent and moving on to someone new, and how, if not for Stephanie’s graduation from Boston College on the same day, Vince McMahon would have shown up in Worcester, Massachusetts at WCW Slamboree ’98 to confront Eric Bischoff. 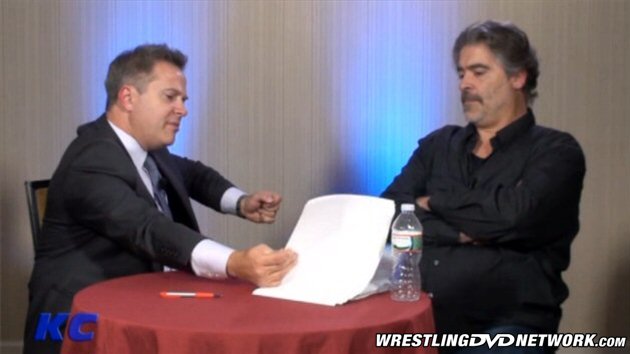 Along the way we hear what drove Russo from the WWF to WCW, what it was like to work for WCW with Eric Bischoff and why it failed, what it was like to work for TNA Wrestling, and a detailed account of perhaps the most iconic moment of the entire Monday Night Wars – the DX invasion of WCW. We also hear Russo’s thoughts on the key debuts of 1998 (Edge, Gangrel, Droz, LOD 2000, The Godfather, and Val Venis, among others), the infamous Undertaker/Mankind “Hell in a Cell Match”, working with Insane Clown Posse, the origins of the Hardcore Championship, and his scathing thoughts on Stephanie McMahon running WWE creative! 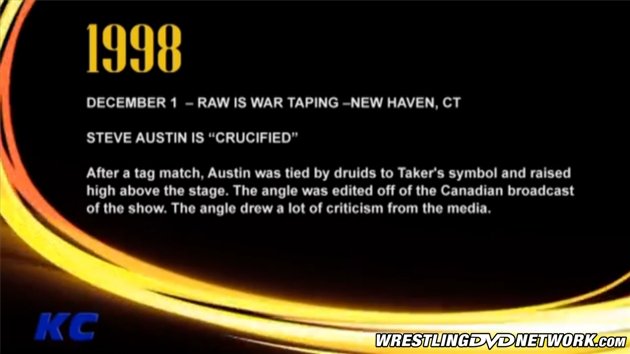 Clocking in at 3 hours and 47 seconds this is, hands down, one of the best editions of “Timeline” yet. Informative, entertaining, and thought-provoking “Timeline: The History of WWE – 1998” is a must-have for any Vince Russo fan and any serious fan of the WWE.

No matter what your opinions of Vince Russo are going in they will not be the same coming out. Russo’s honesty and candor, combined with his grasp of nearly all of the content, makes the 22nd installment of the “Timeline: History of the WWE” series an instant classic.

The 2-DVD set is out now at KayfabeCommentaries.com, also available to stream On Demand.