Kayfabe Commentaries‘ latest “Timeline: The History of WWE” DVD release covers 2008, from the perspective of the Smackdown brand and one of its performers at that time – Curt Hawkins. This marks the second time one of the Timelines has looked at a year in WWE through blue spectacles, following the 2006 edition with Finlay put out a few years ago.

I can’t say my mouth was watering too much about reliving WWE (well, maybe just Smackdown) in 2008 on a first impression, but the DVD did remind me that some noteworthy things happened in the company that year. WWE went PG, WWE went HD, the term “WWE Universe” was first uttered, social media was embraced, the draft did a number on good (poor) ol’ JR, affiliation with OVW was ceased in favor of FCW, and they put on a good WrestleMania and Hall of Fame, both of which I actually attended, helping keep up my interest here.

Topics like those and others are brought up even if they didn’t necessarily impact only the blue brand, but overall the Smackdown theme is kept to nicely as we hear about it all from Hawkins (going by his real name Brian Myers) in this detailed 2 hour discussion. 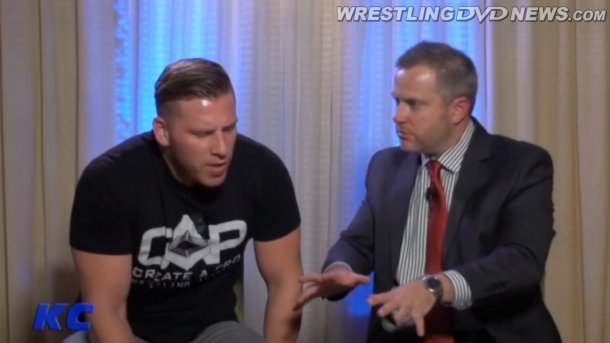 Along with his partner Zack Ryder, Hawkins had only debuted on WWE TV the year prior, but going into 2008 they were sided with Edge in a position you could argue was atop of the card in the main event, since Edge was World Heavyweight Champion and feuding with the likes of Undertaker that year. Early into he discussion we hear that the idea to be “Edgeheads” was actually thought up by Hawkins and Ryder themselves, pitching it to Michael Hayes and Edge directly who ended up liking it and running with it. Hawkins shares a few stories involving Edge such as recalling a night on tour in Mexico when a fan threw a cup of urine at Edge, one of only a few times he had seen Edge legit angry and wanting to attack the culprit!

The choice of Hawkins as the guest works not only because his spot with Edge involved him in some of Smackdown’s biggest storylines and moments that year, but because it gives him a way tell his story of being a 22 year old living the dream as a WWE Superstar with longtime close friend, Zack Ryder. Host Sean Oliver refers to the year as the “highest of highs and lowest of lows” for the tag team as within a year they went from winning the tag titles and being involved with WrestleMania, only to lose the belts and end up jobbing to the Great Khali. 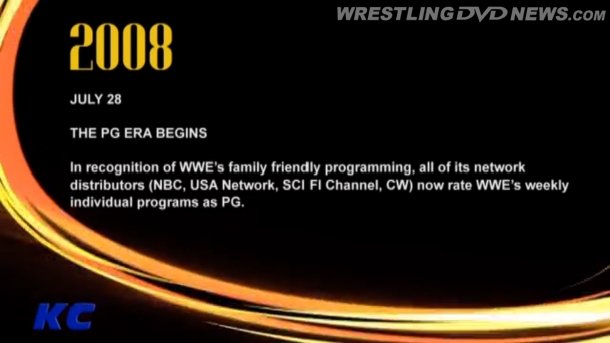 That said, there’s a full year of Smackdown and the bigger moments of WWE in general covered in this discussion and Curt Hawkins was naturally not involved with all of that, so there are certain topics he can’t shed too much light on. However, for the most part you get the perspective and reaction of “the boys” in the locker room by listening to what he has to say. It also got me thinking that if it had have been possible, having both Hawkins and Ryder interviewed for this one would have bettered it as a way to fully document their year.

My personal highlights from everything discussed include a story about meeting The Rock by chance in an elevator before the Hall of Fame (Hawkins says 90% of the roster didn’t get to talk to him because he flew in and out the same day), approaching Kevin Dunn to get better entrance music, and hearing how Floyd Mayweather was acting backstage at WrestleMania. 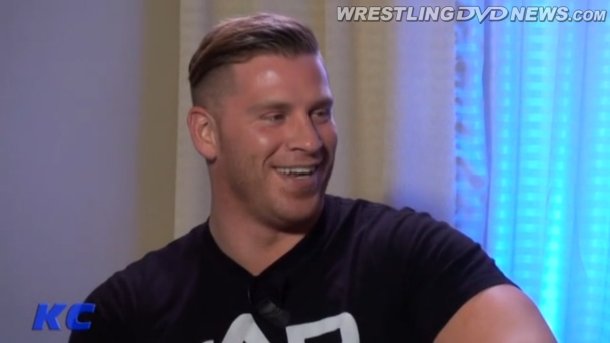 I would recommend this DVD if you have interest specifically in WWE in the year 2008, Smackdown in 2008, Curt Hawkins himself, or the Hawkins/Ryder tag team. Aside from that, a few juicy topics help keep things interesting for everyone – such as the backstage reaction to Jeff Hardy being suspended, the company going PG, the large group of talent releases, Shane McMahon’s role in the company that year, Mick Foley joining the announce team with disastrous results, and thoughts on whether or not Edge should be in the Hall of Fame.

“Timeline: The History of WWE – 2008” is available now at KayfabeCommentaries.com. 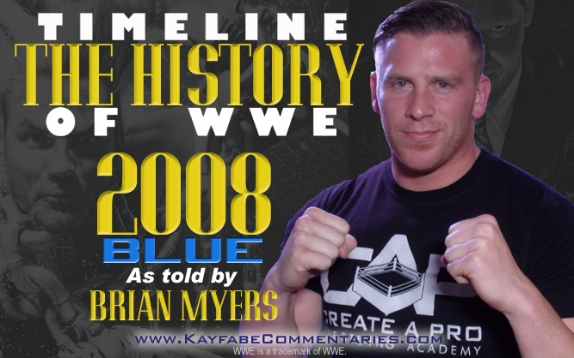