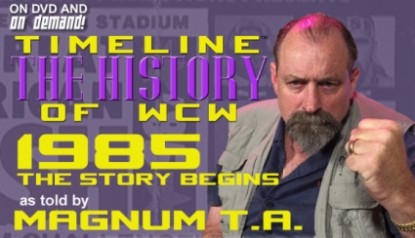 1985 was a huge year for the precursor to WCW – Jim Crockett Promotions. They looked poised for national expansion and Dusty Rhodes as their booker was firing on all cylinders creatively. While the territory was definitely kept afloat by the likes of Ric Flair and “The American Dream”, there was a rising star at the beginning of the year by the name of Magnum T.A.. With that in mind, Kayfabe Commentaries’ Sean Oliver sits down with Magnum for “Timeline: The History of WCW – 1985” and discusses what was a very tumultuous year for the professional wrestling business. 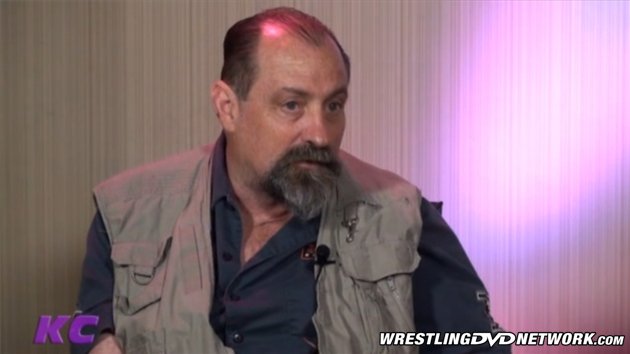 As with every Timeline video, we begin with a general overview of the interviewee’s situation at the start of the year. I found T.A.’s reminiscing very interesting here. He explains that he was making $2000 a week in Mid South when his friend Dusty Rhodes talked him into joining JCP. This was made even more risky when Jim Crockett made it clear that he could only guarantee $700 a week and then work from there. It’s really fascinating to hear Magnum speak of his confidence in his dream to make it as a professional wrestler, and how he never really seemed worried about making such a big move that could seriously impact his life.

Once we got into the actual recollection of historical events, I was very impressed by T.A.’s ability to be honest without trying to bury anyone. He will critique anyone as he sees fit (such as calling Ric Flair someone who was truly great, but also settled into a routine) yet he is always respectful to his former comrades. This is a refreshing change compared to the bitter veterans that can become synonymous with professional wrestling, and his love for the sport is perhaps even more surprising considering both how abrupt and heart-breaking his exit from it was. Speaking of the terrible car crash that ended his career, it doesn’t seem to have dulled Magnum’s memory one bit, as he remains sharp and detailed throughout. 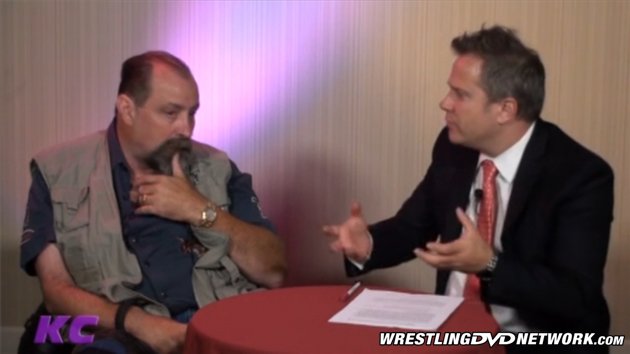 On to the topics discussed, they are many and varied. Every major angle of the year is obviously covered and T.A. uses every opportunity to give both his honest opinion and road stories of those he worked with. From Wahoo McDaniel and Ric Flair to Nikita Koloff, Tully Blanchard and the Road Warriors – everybody at least gets a mention. Thanks to the name-dropping, we also get the former US Champion’s thoughts on such topics as what it takes to do a good “broadway” (1 hour draw) and whether two powerhouses can clash without damaging the stock of both. Some of the more unique stories include such times as when JCP nearly walked out of a joint-promoted show in Hawaii in conjunction with Lia Maivia – just after a 9 hour plane trip to get there! 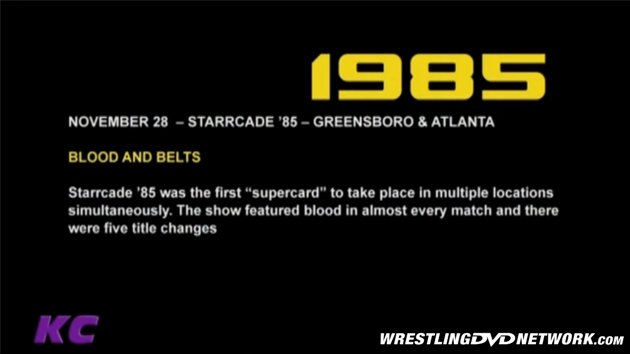 Of course, when you think of Magnum T.A., you’re very likely to think of the NWA United States Championship. He was undoubtedly one of the men who made it nearly equal to the NWA World Heavyweight Championship. Both his first win and his iconic second win at Starrcade ’85 are mentioned. The veteran really puts forward how much winning that belt meant to him at the time and obviously speaks very highly of his “I Quit” Steel cage match from Starrcade ’85. This was the discussion I was personally looking forward to, and it definitely didn’t disappoint.

If I were to poke holes in this very good release, I would say that this falls into the same trap as the entire Timeline series itself. The last quarter of the year seems quite rushed. Almost as if they got to October and realised they only had 20 minutes left. With that said however, there are so many interesting anecdotes and discussions squeezed in that I never felt short-changed.

In conclusion, I would highly recommend this latest Timeline release from Kayfabe Commentaries. Magnum T.A. was as sharp as a tack and honest throughout. In just 2 hours, this video managed to cover every major star and moment of 1985 in Jim Crockett Promotions without being derailed by a rant or tangent once. When it comes to an overview of an entire year in professional wrestling, you can’t ask for any more than laser-precise focus and unbiased honesty.

“Timeline: The History of WCW – 1985” delivers both of these in spades.

The DVD is out now at KayfabeCommentaries.com, also available to stream On Demand.