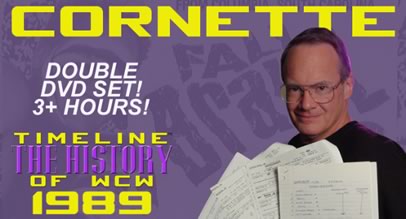 1989 was a landmark year for WCW – not only was it the first year under the ownership of Ted Turner and the beginning of Jim Herd’s reign of terror, but from an in-ring standpoint the promotion and namely, the World Champion, the “Nature Boy” Ric Flair, were on fire! 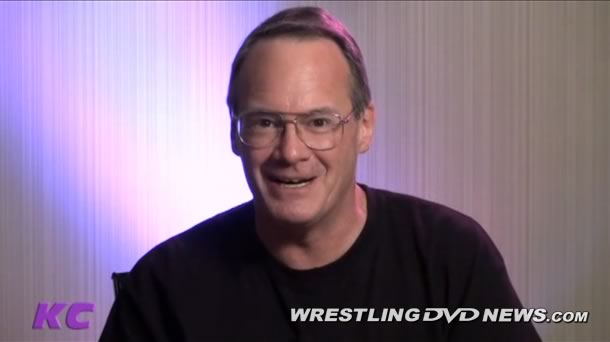 Introducing the “Timeline: The History of WCW – 1989” DVD! If you haven’t seen one of Kayfabe Commentaries‘ Timeline releases previously (I don’t know why you wouldn’t have, but still) the basic premise is that host Sean Oliver sits down with an influential star of the year in question and they proceed to discuss the major topics and happenings of that year.

So, when you think of suitable interview subjects to discuss World Championship Wrestling in 1989, there are two names which stand out, and if the “Nature Boy” isn’t available then James E. Cornette (with his well known loathing of all things Jim Herd) is a perfect second choice. 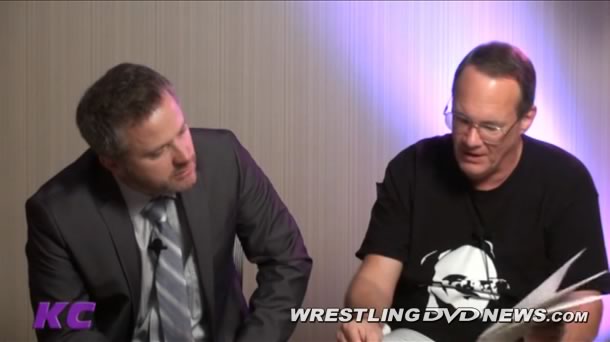 In addition to Jim Cornette’s expansive professional wrestling knowledge, for this edition of Timeline, he brought along a number of his books and ledgers from his time in WCW and his work on their booking committee. This included schedules, booking sheets and television formats, while Jim also brings along his trusty (and great) “Midnight Express 25th Anniversary Scrapbook” – available at JimCornette.com, in case you didn’t know. This source material is used throughout the interview and is shown to us on screen too, so just in case Jim was ever stuck for an answer (has this ever happened?) he was well prepared. 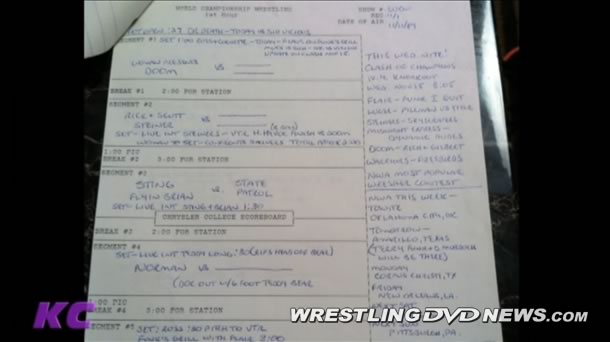 As you may have expected with Jim Cornette in the hot seat, the interview is only suitable for mature audiences. Especially when discussing the ineptness of WCW’s management, the language gets a little bit salty with a few “F” bombs sprinkled in every here and there. 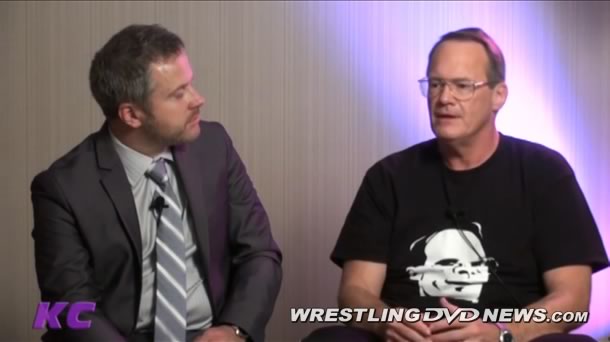 If you know much about WCW in 1989, you’ll already know the major happenings during the year, but if not here is just a little rundown of a few of the big in-ring goings-on: the awesome Ric Flair and Ricky Steamboat three match series (which also lead to Flair’s feud with Terry Funk), 1989 was also famous for the debuts of a number of superstars including Cactus Jack, Scott Steiner, The Dynamic Dudes, Norman the Lunatic, The Great Muta and many more, while one of the more famous feuds of the year involved Jim Cornette’s Midnight Express tangling with Paul E. Dangerously’s New Midnight Express.

If I were looking for something to complain about it would be that at times Sean Oliver had a difficult time trying to rein in Jim Cornette (not that it is EVER an easy job) a little and trying to stop him from going a touch too far ahead with his stories. I’m sure if you have seen a Jim Cornette shoot interview in the past you’ll know that he can get quite wound up. This possibly meant that some of 1989’s lesser milestones weren’t covered (which for me at least can provide some really interesting stories) which was a tiny bit of a shame. However, I feel this is a minor point and I don’t see it hindering your enjoyment too, too much. 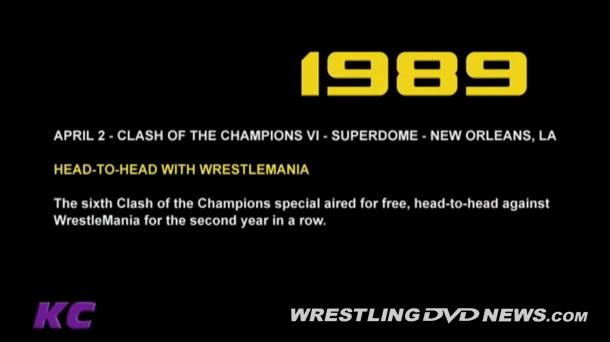 Some of the more interesting topics which were discussed in the WCW Timeline included: moving to Center Stage in Atlanta, GA to tape TV and the time that it went wrong, the Midnight Express’ contract negotiations, George Scott’s return to booking and his spectacular fall, Jim’s views on the Flair/Steamboat classics, and a funny story about the Dynamic Dudes and their reactions from the fans.

All in all, going in I expected it to be fun and a really enjoyable watch and after the three hours and thirteen minutes flew right by, my expectations were 100% spot on! If you love hearing Jim Cornette go off, 1989 WCW or just shoot interviews in general, this one is for you.

Kudos to the fine folks at Kayfabe Commentaries for another really cool release.

“Timeline: The History of WCW – 1989” is available now at KayfabeCommentaries.com. You can purchase a physical DVD copy or stream instantly On Demand.

WATCH THE TRAILERS…
Check out more posts here on WrestlingDVDNetwork.com: