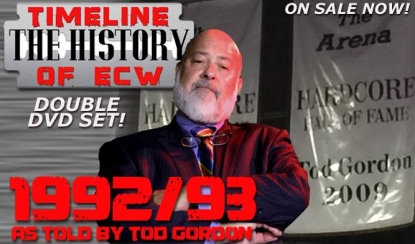 Arguably Kayfabe Commentaries‘ most popular series has come to a triumphant end.

But, as they say, all good things must come to an (extreme) end. 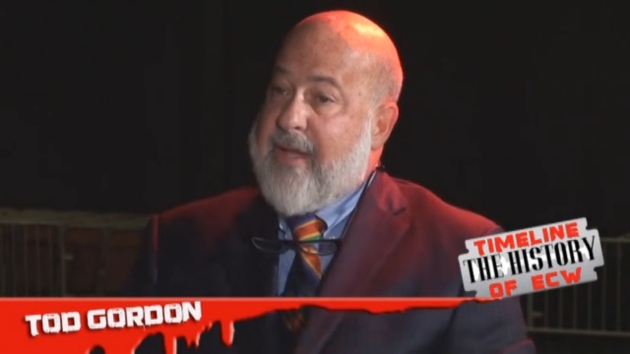 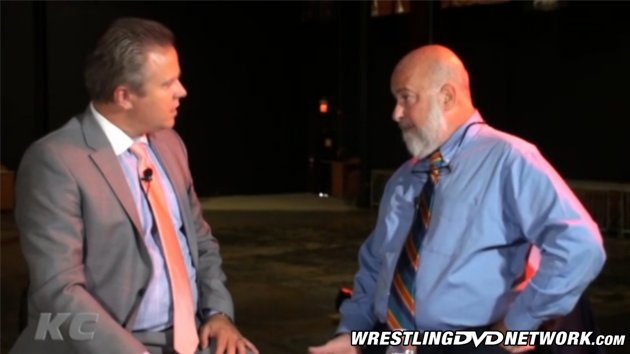 “Timeline” is the historical shoot interview series hosted by Sean Oliver in which Oliver and a special guest break down one year (or in this case two) in the life of a promotion, detailing the key matches, moments and angles that shaped the year. For “Timeline: The History of ECW – 1992/93”, the series finale, Sean Oliver sits down with ECW founder Tod Gordon to break down the roots, formation, and early success (and struggles) of Eastern Championship Wrestling.

The first thing that needs to be said is that this program is long. 3 hours and 11 minutes long, to be exact! But don’t let the running time intimidate you. While it may take a few sittings to get through, it’s worth every second. Broken into four sections, the DVD covers the rise and fall of Joel Goodhart’s Tri-State Wrestling Alliance (TWA) and the formation of Eastern Championship Wrestling, ECW in 1992, ECW in 1993, and a very brief tour of what is now the 2300 Arena, so there’s a lot of ground that’s covered, and plenty of time given all round. 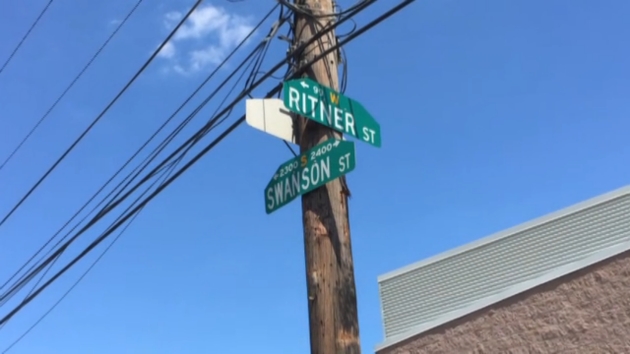 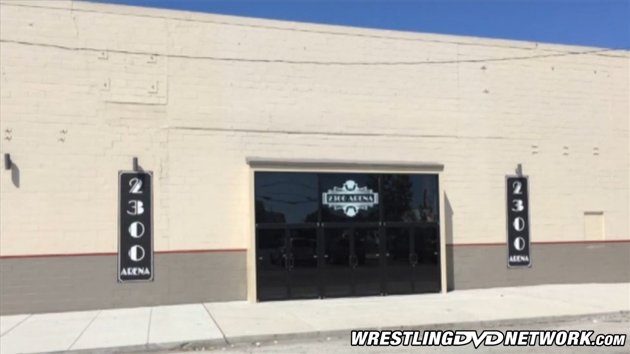 The interview opens with talk of Joel Goodhart and TWA, providing a detailed, inside account of the star-crossed promotion which leads directly to the formation of Eastern Championship Wrestling. As a fan, this was an important section for me as I’ve long been a fan of the short-lived promotion and feel TWA doesn’t get the proper credit it deserves. Quickly enough Gordon moves to the formation of ECW with Bob Artese, Larry Winters, and Stevie Wonderful. From here on the pace of the interview is relentless.

To me the key portion of the DVD is the content surrounding 1992. Not much video, aside from the hard to find FanCam videos, exist of ECW’s first year in business. Tod Gordon does an incredible job of bringing a largely lost year to life, giving us context and meaning behind the matches and angles that mattered. Everything 1992 is broken down, from bringing in big name talent like Davey Boy Smith and Tatsumi Fujinami to building the core talent roster, including Jimmy Snuka, Don Muraco, Sandman, J.T. Smith, and Tommy Cairo, that would help establish ECW as a legitimate independent promotion, as well as key booking decisions and insight into Gordon’s philosophy of the business. 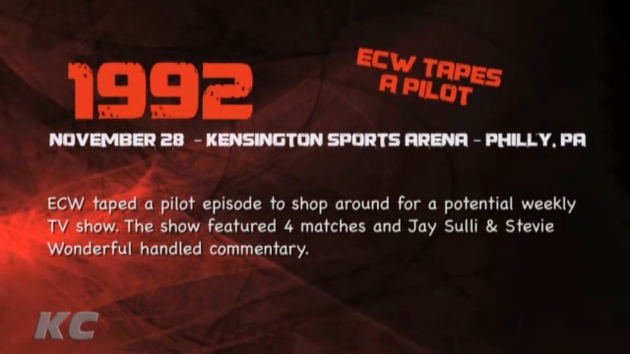 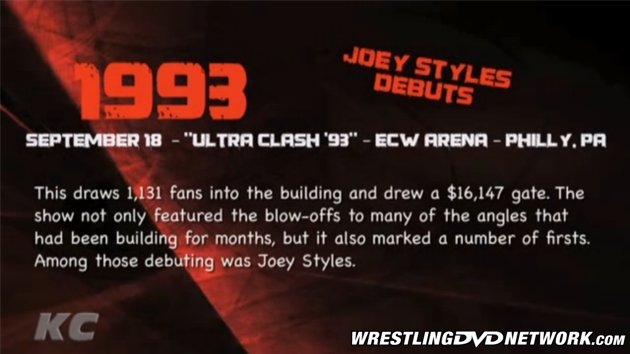 1993 was ECW’s breakthrough year. They landed a TV deal with the upstart Sports Channel Philadelphia, joined the National Wrestling Alliance in the fall, brought Eddie Gilbert aboard to book the shows, and brought in Terry Funk. Tod Gordon breaks down ECW TV tapings and the structure of the deal with Sports Channel Philadelphia (who never watched the shows), the importance of the TV title, and the ongoing rivalry (a holdover from the TWA days) with the late Dennis Coralluzzo. But the most significant arrival in 1993 turned out to be, in hindsight, that of Paul Heyman. Brought in by Gilbert to help talent with promos, Heyman would, by the end of the year, be helping Gordon book the shows, eventually being gifted 49% of the company.

There isn’t much about the first two years of ECW that aren’t talked about in this DVD in some form or another, including Gordon’s thoughts on just about everyone who worked for him in those first years. Though Tod Gordon’s voice goes in and out, his enthusiasm and recall stay sharp from beginning to end. While Gordon’s sense of humor is razor sharp, it’s his respect, admiration, and affection for the business and its fans that truly shines. There’s no B.S. here. Gordon tells it like it is, takes responsibility when he has to, and credits those who deserve it. Honesty is key in this interview, as is setting the record straight on everything from Eddie Gilbert owning a stake in the promotion, to what caused the Gordon/Heyman ECW marriage to collapse.

When the interview is over we get a brief tour of the former home of Extreme Championship Wrestling, a building that’s wholly unrecognizable to the hardcore ECW fan. 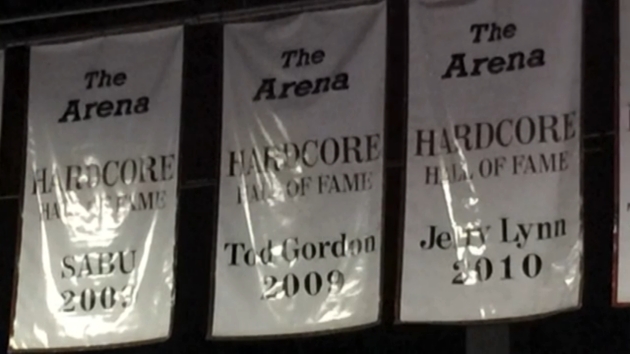 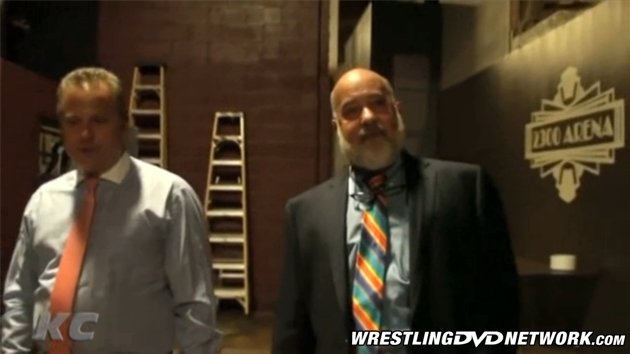 Though I wish the tour of the 2300 Arena would have been a bit more detailed, there’s not one bad word I can say about this finale. From Sean Oliver, who outdoes himself as host and interviewer, to the crack research team at KC, to the preparedness and enthusiasm of Tod Gordon, “Timeline: The History of ECW – 1992/93” is a crowing achievement for Kayfabe Commentaries, a true shoot classic (if such a classification exists), and the perfect way to close out a magnificent series.

This DVD, running 3 hours and 11 minutes, is must-own material for any ECW fan. Whatever your opinions of Tod Gordon are, he delivers a remarkably candid, hilarious and entertaining history of the early years of ECW. If you’re new to ECW and wonder what made the promotion so special, this will more than clue you in.

Get hold of “Timeline: The History of ECW – 1992/93” now at KayfabeCommentaries.com.

It’s available to own as a standard DVD or special “Signature Edition” that’s signed by the man himself, Tod Gordon. You can also stream it instantly, or download to your device for later.