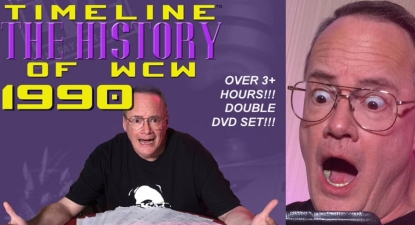 Kayfabe Commentaries‘ innovative shoot interview series “Timeline: The History of WCW” is back with an absolute classic for the ages!

“Timeline”, in case you’ve been living under a rock, is a stellar historical shoot interview series by the folks at Kayfabe C. that examines, year-by-year, the life of a popular promotion (be that WWE, WCW, or ECW) as told by the stars who lived it. In each edition series host Sean Oliver sits down with a wrestling legend to dissect the angles, matches, stars, and politics that defined the year.

For the new “Timeline: The History of WCW – 1990” DVD Sean Oliver is joined by the irascible and brilliant Jim Cornette to talk all things World Championship Wrestling in 1990. 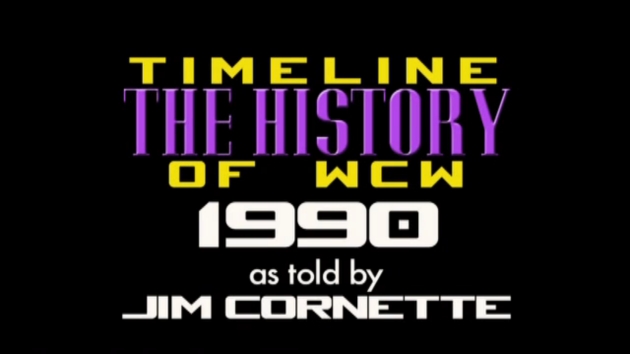 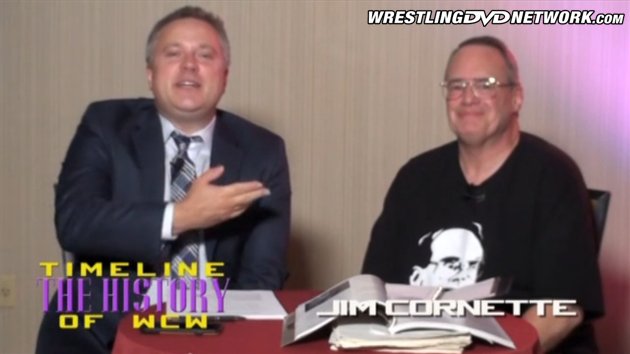 Unlike 1989, which had a number of truly classic matches, moments, and events, 1990 for WCW was largely a hot mess. Be it Sting injuring his knee before WrestleWar ’90 or the debut of El Gigante, which cost WCW the Road Warriors, 1990 in WCW is best remembered for the backstage chaos and on-screen flubs than anything else. As manager of the Midnight Express, color commentator, host of the “Louisville Slugger” segment, and member of the booking committee, there may be no other person better suited to break the down the lows (and the lower) of WCW in 1990 than Corny!

If you’re looking for the inside story on the biggest matches and angles of 1990 you won’t be disappointed. But this interview is really about Jim Herd (the “Grinch who stole wrestling”, as Cornette calls him) and how the corporate culture of TBS quickly killed the promotion’s momentum coming out of 1989 and served to only erode fan support further by the end of the 1990.

One of the big issues that spans the entirety of the year is the growing tension between Jim Herd and Ric Flair, tensions that seemed to come to a head in February when Flair quit the booking committee in protest of Jim Herd’s constant interference but which only grew worse when Sting, whom Flair had promised the World title to, was injured and Herd wanted Flair to drop it to Luger. It all led to an infamous night in Chicago on March 23, 1990 where Flair agreed to drop the title to Luger only if Herd released Flair from his contract and allowed Flair to go to the World Wrestling Federation. Herd refused to release Flair and Flair kept his word, dropping the title to Sting at the Great American Bash on July 7. 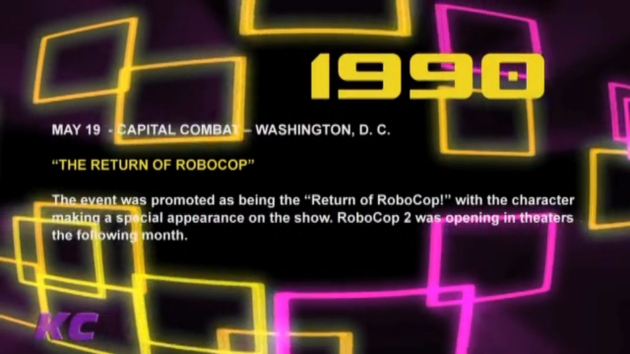 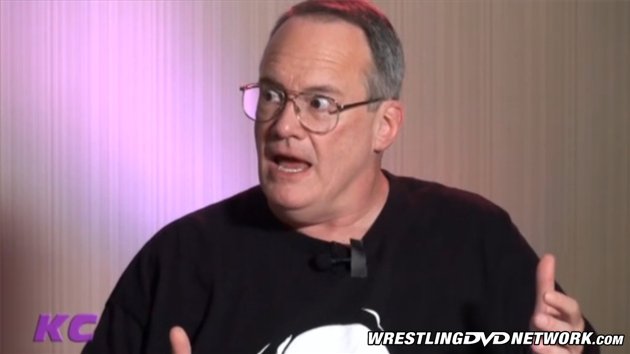 Frustrations with the booking committee and Ole Anderson as head booker (who would crater the ratings months after Flair had them and all-time highs) play a major role in the story of 1990. From the “phantom angle” that was designed to get Brian Pillman ready for Ric Flair that never played out thanks to Jim Barnett nixing it only after the initial angle was shot for TV, the “Black Scorpion” fiasco, the ungodly “Return of RoboCop” blunder at Capital Combat, and the bewildering “fake” Sting at Halloween Havoc, WCW’s on-screen product was frankly at an all-time low.

The year’s debuts, including Big Van Vader, the “new” Minnesota Wrecking Crew (and why they were under masks), Michael Wallstreet, the Master Blasters, and Mark Callous to name a few, are also discussed here in the DVD, as are the returns of JYD, Tony Schiavone, and Barry Windham among others. Cornette also talks about the “game” he often feels Vince McMahon played by hiring away WCW talent, tweaking one or two things in their gimmick and making a genuine superstar out the wrestler, as Vince did with “I.R.S” and “The Undertaker”.

Throughout the interview we get Corny’s thoughts on such people as Tom Zenk, Jorge “El Gigante” Gonzalez, Brian Pillman, Kevin Sullivan, Ric Flair, Mark Calloway, Paul Heyman, Arn Anderson, and Lex Luger, as well as thoughts on why Sting’s “failed” title reign shouldn’t be held against him, and the disaster that was the feature on WCW on Saturday Night with Connie Chung. We also get our fair share of truly incredible, hilarious, and often unbelievable stories like the night in June in South Carolina when he glommed an angry mentally handicapped man repeatedly with his tennis racquet (and how the Governor’s son helped save his hide); the riot that Cornette started in October in Altoona, Pennsylvania when he blasted a violent fan in the forehead with his racquet only for the ejected, bleeding fan to return; and the course of events that led to Cornette quitting WCW in September of 1990, to name a very scant few. 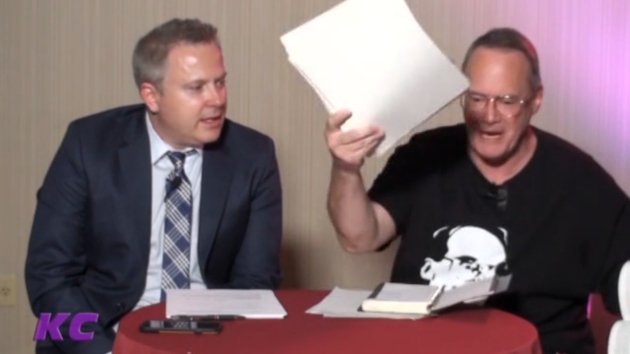 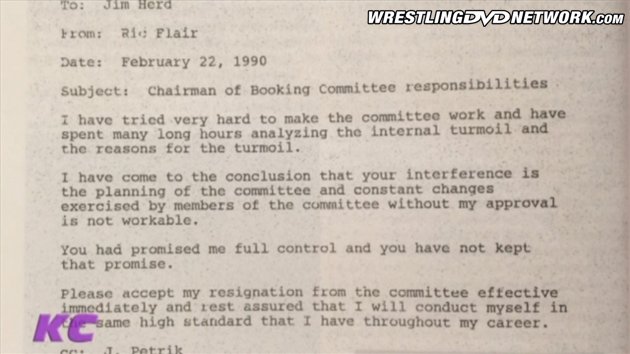 While younger fans may have a hard time identifying with the subject matter, older and more hardcore fans will be in heaven. It’s everything you would expect from a Jim Cornette interview and then some. I can’t recommend “Timeline: The History of WCW – 1990” enough. You will not be disappointed!

“Timeline: The History of WCW – 1990” is available now at KayfabeCommentaries.com.

Choose between the DVD, a download to watch later, or the option to stream it instantly On Demand.