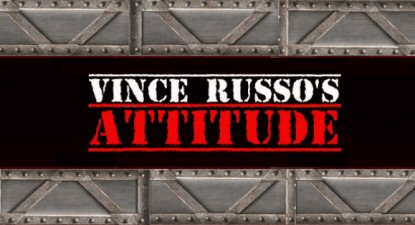 In “Vince Russo’s Attitude” former head writer for the World Wrestling Federation’s “Attitude Era”, Vince Russo, sits down with a Superstar of the era to break down the angles and programs that marked that their tenure in the most talked about era in company history. For the debut edition Vince Russo is joined by former Intercontinental, Tag Team Champion, 1998 “King of the Ring” winner, and charter inductee of the UFC Hall of Fame (2003) “The World’s Most Dangerous Man” Ken Shamrock to talk the ups and downs and backstage goings-on of Shamrock’s memorable “Attitude Era” run. 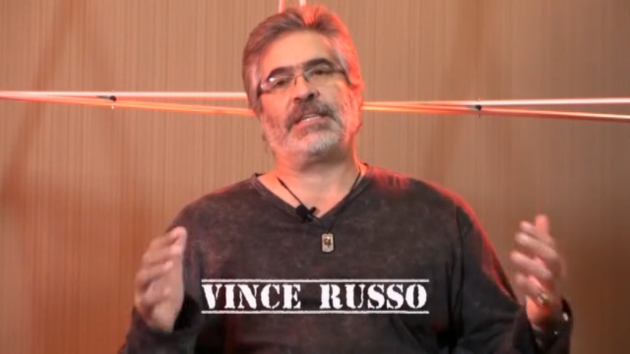 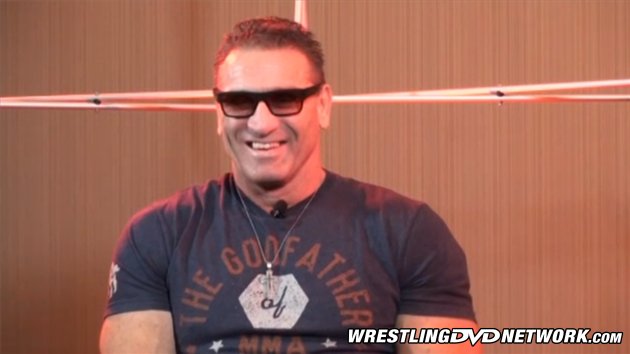 According to Russo, the debuting “Vince Russo’s Attitude” spans from 1997 to October 1999 when Russo left the WWF for rival World Championship Wrestling, saying whatever the WWF did after October ’99 wasn’t the “Attitude Era” but “piggybacking” off of Russo’s success.

By and large the interview covers Shamrock’s two-year run in the WWF, from spring of 1997 to September 1999, in the heart of the era. And while there isn’t any true ‘format’ to the interview the conversation flows effortlessly and never truly strays from the topic at hand.

To start, we learn how and why Ken Shamrock opted out of “No Holds Barred” fighting to join pro wrestling. Shamrock recalls reaching out to every promotion from All Japan to WCW only to find lukewarm interest and minimal financial reward. Vince McMahon, on the other hand, “got it”. McMahon, Shamrock says, was eager to sign Shamrock and use him to change the ‘attitude’ of the WWF product. Russo and Shamrock debate the pluses and minuses of Shamrock’s referee debut at WrestleMania XIII and whether or not it was best use of Shamrock’s talents.

From here on the conversation freely drifts from topic to topic. They might talk about an “Attitude Era” worker or angle one minute and then, say, Shamrock’s current physique and ability to still go next. While there may be no rhyme or reason to the sudden shifts in conversation, it works pretty well. 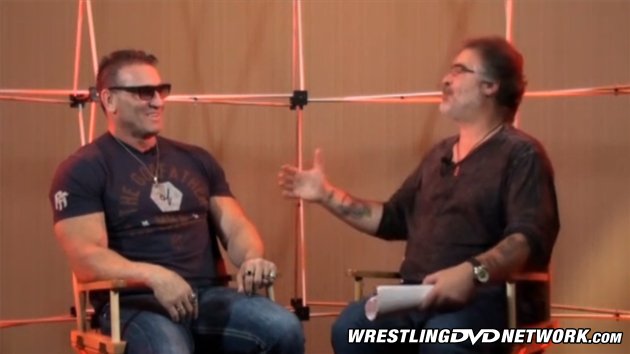 Highlights of the interview include Shamrock’s thoughts on politics in the WWF locker room and how he avoided getting mixed up in it; why Shamrock refused to put Chyna over or participate in an incest angle with his kayfabe sister “Ryan” (whom Shamrock was actually dating at the time), for fear his children would think such behavior was acceptable; and his memories of working with Rocky Maivia in the program Russo says transformed Rocky into “The Rock”, and how it happened that Rocky inadvertently stepped on Shamrock’s head on the way to the top.

The most fascinating portion, for me, has to do with why Shamrock left in September of ’99, what leverage he used to obtain an early release from his contract, and what it was like to deal with Vince McMahon once the lawyers got involved. It’s striking to hear that between the crazy angles, the “Montreal Screwjob”, and the death of Owen Hart, Shamrock no longer felt safe working for the WWF!

One of the oddest conversations, however, occurs near the end of the interview when Russo (seemingly) attempts to change Shamrock’s mind about the “Montreal Screwjob”. Despite Russo laying the foundation for blaming a belligerent Bret Hart who refused to do business and routinely moved the goal posts, and painting Vince McMahon as a warrior for his roster in a time of war, Shamrock, a friend of Bret Hart, sticks to his guns, blaming Vince McMahon for the decision and saying it was a mistake not just in respect to Bret but the business as a whole. 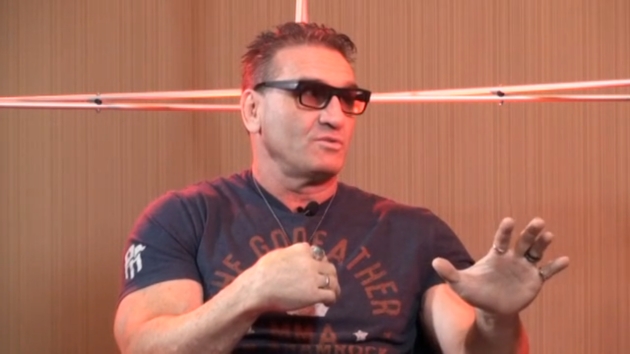 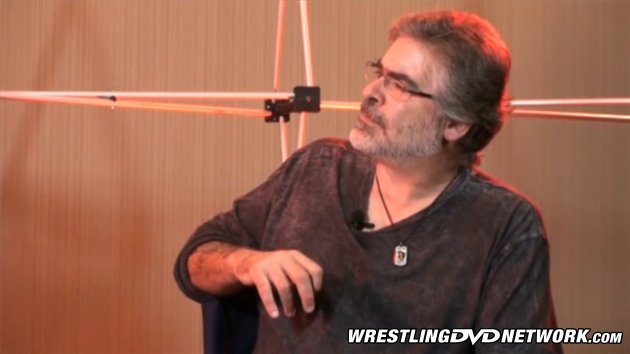 Throughout we hear Shamrock’s thoughts on the likes of Steve Blackman, Pat Patterson, Marc Mero, Bart Gunn, Godfather, Stone Cold Steve Austin, and The Undertaker, just to name a few. We also get insight into the infamous Big Show takedown in catering; the importance of selling and “character” in both wrestling and fighting; who tried to “test” Shamrock; why he didn’t partake in “Brawl for All” and his thoughts on the tournament; the origins of Shamrock’s “snapping” and what legitimately pushed him over the edge; who of the “Attitude Era” wrestlers Shamrock thinks could have taken him in a real fight; the riot in Little Rock, Arkansas on December 15, 1997; the “Lion’s Den” matches; what, if any, regrets Shamrock has about his WWF run and if Shamrock would ever return to WWE TV; on to who Shamrock would choose to induct him into the WWE Hall of Fame should the honor ever come.

Running almost 1 hour and 40 minutes the first installment of the series is a rapid-fire tour-de-force that any real fan of the “Attitude Era” should see, and a release I cannot recommend enough. Whatever your opinions of Vince Russo or Ken Shamrock are there is no doubting their contributions to the WWF and their larger-than-life parts in the greatest era of them all, the “Attitude Era”. 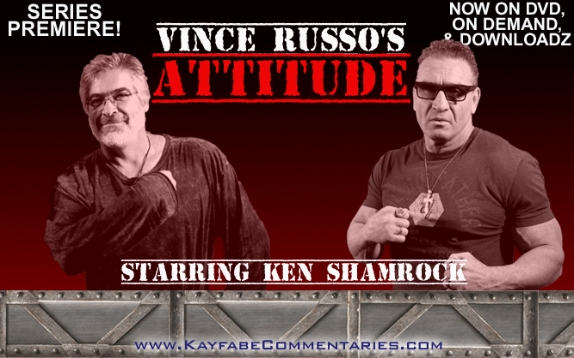