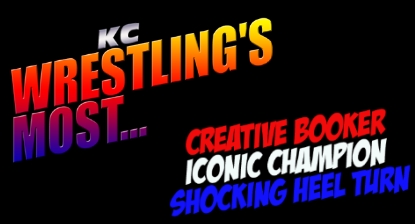 For the sake of full disclosure, I’ll make it clear from the outset that this is the first time I’ve watched this particular Kayfabe Commentaries series. I am a casual fan of the company’s various shoot interviews (in all their forms) though. Basically, I’m coming into this completely fresh.

For those unaware of this format, “Wrestling’s Most…” is a fan-vote centric premise. A shortlist is created on a particular subject, which the fans then get to narrow down to a top 5. The focus of the video is interviewing various talking heads from the industry as they begin to pick apart these choices. The wrestling personalities participating in this season are The Blue Meanie, Bruce Prichard, Kevin Sullivan, Shane Douglas, Joseph Park (Abyss), Sean Waltman, Matt Striker and Lex Luger. The banter that ensues can range anywhere from a full-on rant on a subject, down to a quick witty quip. This video collects the entire “season” of three episodes.

With the complete running time totalling roughly 108 minutes, that gives each topic around a 35-minute average. As usual, each episode is hosted by KC’s own Sean Oliver

The three subjects discussed this season are:

Allow me to get something off my chest from the get go: the green screening for this series is atrocious. After asking around, I’ve been made aware that this is pretty much a trademark of this production. However, the fact remains that it makes my eyes scream for mercy. With that out of the way, let’s delve into the actual content of this episode.

The top 5 has some controversy here, which definitely divides the panel to some degree. However, most at least accept the validity of the majority of the choices. Waltman does quibble over the semantics of the term “booker” though and Bruce Prichard becomes fixated on the success (or lack thereof) of Paul Heyman. This episode truly came into its own when Bruce Prichard explained how he believes that ECW was doomed the moment they “exposed” themselves on PPV. It’s quite a fascinating perspective. Personally, I feel like Chris Parks was the most politically motivated throughout the discussion especially in his defending of Vince Russo, though in fairness he is the only one still active (in any meaningful way) in the business and therefore still has to be mindful of burning bridges. We do get some interesting viewpoints on what really makes a great booker though, so I recommend this episode. 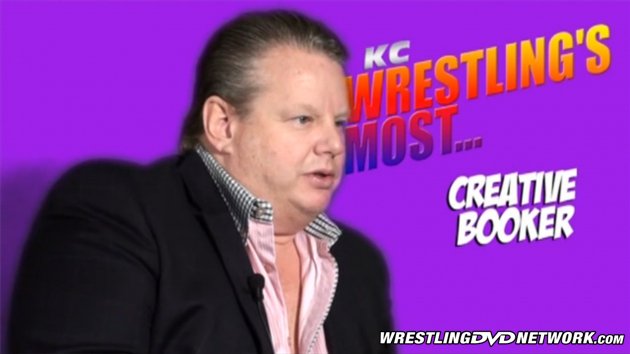 This episode is pretty run-of-the-mill. There’s only one mildly controversial pick at number 4, with that being The Rock. While most accept that he transcended the business, there is some talk questioning whether he truly became synonymous with the WWF title. The rest of the debate here is mostly in where everyone should be placed. In fairness, there is a little discussion on long title reigns vs. multiple title reigns, but it never gets particularly deep, which is a shame. It’s still fun to listen to though.  I will admit to being surprised at how WWF/E focused this list was, but I guess that’s to be expected when they’ve dominated professional wrestling for so long. 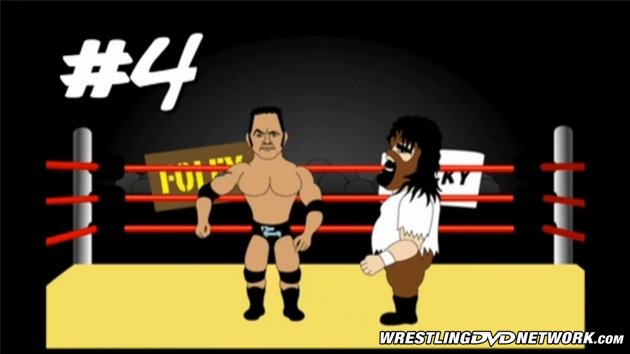 Perhaps the more interesting part of this episode is the end, where everyone gives their honorable mentions that they believe could have made the list. All together, this top 5 is relatively decent. The lack of major surprises or disagreement with the rankings does make it all relatively soft though.

This subject has a lot of potential. Not only is it a topic of discussion that many people can evoke strong memories over, but it also creates debate over what really classes as a “good” heel turn. For example, Steve Austin‘s turn to the dark side at WrestleMania X-7 is heralded as both great and terrible in the space of a few moments. Unfortunately, I also found this to be a difficult subject without any footage involved. Obviously, Kayfabe Commentaries can’t use video that they have no rights to, but I just found it harder to connect to the moments without accompanying clips. 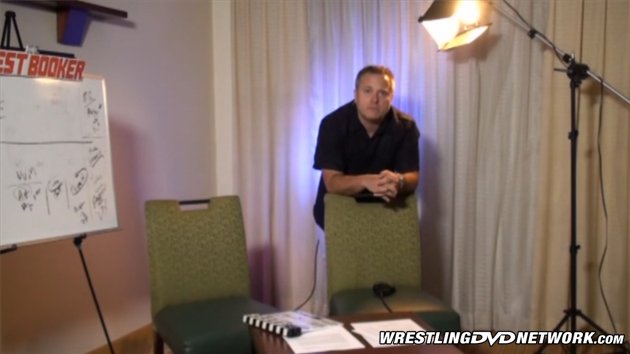 That said, it was still fun to hear this gaggle of legends (plus Matt Striker) critique turns that have risen to legendary status. While these are all great moments, it’s quite enjoyable to hear valid flaws that are easily overlooked while wearing those rose-tinted glasses. Bruce Prichard in particular takes umbrage with number two here, as he debates whether Vince McMahon truly turned heel at Survivor Series ’97. Putting aside the aforementioned (unavoidable) lack of visual backup, this was possibly the strongest discussion for me, as it was a little less subjective than the others.

The first thought that came to mind when I watched this video was that this series is the “reader’s digest of shoot interviews”. For those who aren’t familiar with “Wrestling’s Most…” or Kayfabe Commentaries in general, you can think of this particular series as a “smarter” version of the WWE Network‘s Countdown show. It gives you a more condensed version of what you’d expect from a full interview. While this means that you sacrifice some of the depth that Kayfabe Commentaries is known for, it also gives a good entry point that is easier to digest in the relatively small chunks presented. While hardcore fans may feel like they’re retreading old ground, it still does its best not to be condescending while being accessible to all. Therefore, I’d especially recommend this to someone new to the “shoot interview” genre.

“Wrestling’s Most… Season 3” is available for purchase now at KayfabeCommentaries.com. You can order it as a physical DVD copy or stream it instantly On Demand.