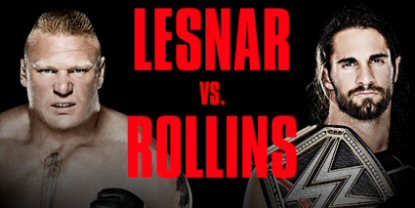 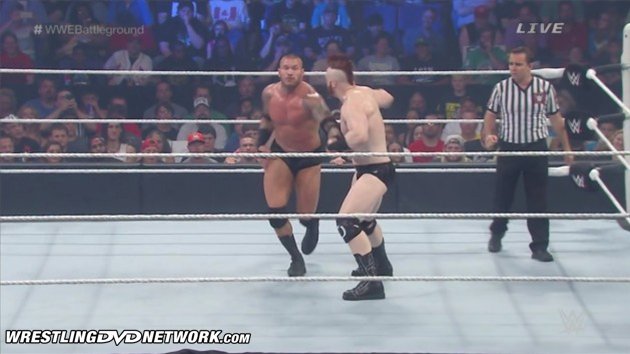 This was a very solid opener with an awake crowd. This was no doubt helped by the show emanating from Orton’s home town of St. Louis. Of course, an interested crowd does not make a good match. These two had a very physical, hard-hitting match with enough twists in the action to keep the average viewer guessing. Some may question the decision to have the Celtic warrior lose, but Sheamus is already established and this made the crowd happy early on. 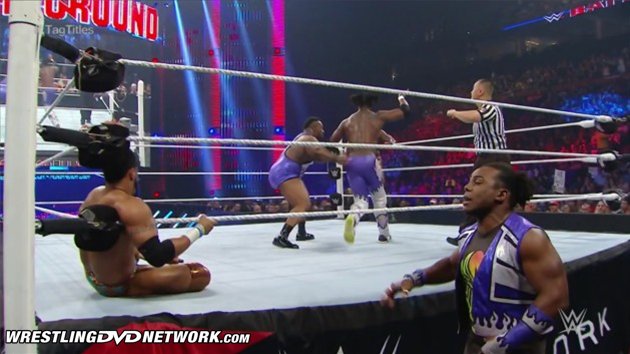 I’m still not convinced by this title reign yet, though I will admit that Prime Time Players showed me more here than last month. This match seemed to have a little more energy to it and the crowd were more invested in the champions. Xavier Woods is the MVP of The New Day, as he has the annoying motormouth routine down to a T. Give that man a megaphone! Oh god, what have I said?! I think that the finishing stretch managed to raise this to just above average. It’ll be interesting to see where both teams go from here.

Result: Prime Time Players by pinfall (Clash of The Titus) 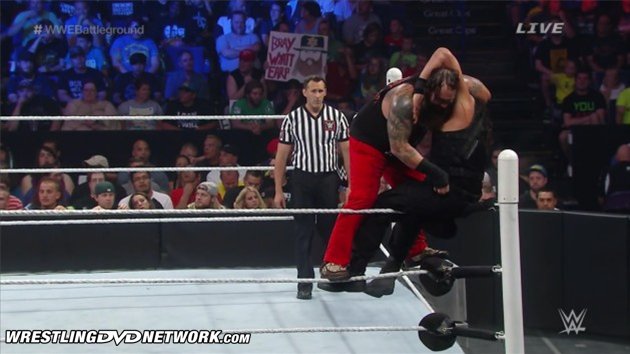 One issue that I immediately had with this match is that it started with the two locking up. If you’re going to push a rivalry as personal, the match should start as a brawl, not a scientific wrestling match. Just my opinion. I’m going to be honest, for a decent portion of this contest, I was ready to call it distinctly average and move on. Everything felt very slow to begin and the crowd didn’t seem totally with it. It picked up considerably later on though and even managed to earn a (admittedly overused) “this is awesome” chant. Add in a surprise (partial) Wyatt Family reunion to help give Bray the win and the “Roman Reigns Crucifixion Tour” continues with another solid outing. 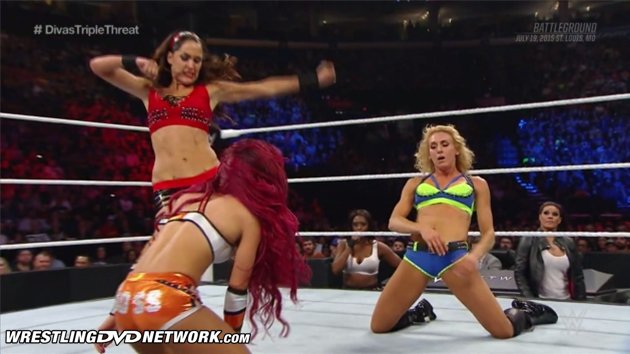 Just to make things clear in my first review for WDN, I do not classify ratings as “for a divas match”. I treat every match equally. My basic feeling of this match was that it felt like a diluted NXT product. While that sounds like a negative, the fact that any of the NXT style is seeping into the main roster Divas division is a promising sign. They got a decent amount of time to tell a story and maintained the crowd investment from Monday’s Raw. I will say that Brie did seem a step behind the other two, but then the whole purpose of the match was to highlight the new blood in the division. This did so very well. Charlotte got the decisive victory and kept this “revolution” rolling. 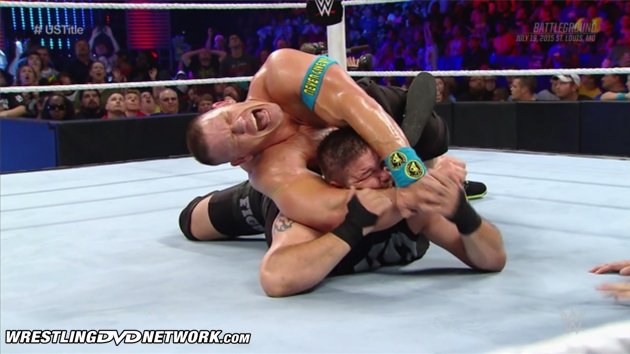 There are times when wins and losses don’t matter. This was one of those times. I’ll be the first to admit that I expected Kevin Owens to walk away with the championship tonight. I’m sure some will believe he should have. I can understand that.

However, the fact remains that this feud has potentially elevated Owens beyond the mid card. After three showings in a row like this, he is a bonefide star. And tonight’s match illustrated just why this has been the rivalry of the year in WWE so far. Cena battled an equal to the point of near exhaustion. Yes, he won by submission. But only after giving it his all and barely scraping a victory. They never slowed down, they built and built to the point of epicness. We may have seen three matches already, but I don’t want this to end. Considering we haven’t had a gimmick match yet and we’re heading into Summerslam, I hope to the gods of pro wrestling that we get one more. 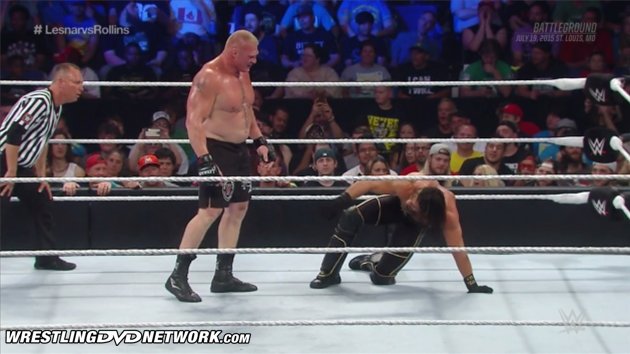 I think at this point, we know what we’re getting from a Brock Lesnar match. We get a fun, suplex-laden mugging at the hands of the Beast Incarnate. I do feel quite bad for Seth Rollins that he was such an afterthought here, but let’s not act like anyone is in the same stratosphere as Lesnar on the main roster right now. He destroys and the fans love it. That was no different here.

As for the ending? I’m in two minds. While I’ll never advocate a PPV main event ending without a finish, there’s no denying that Undertaker’s return was extremely popular with the live crowd. He’s a true legend at this point and he has earned the right to finish out a show. For those who think the revenge is a year too late, I think it can be explained pretty easily as a man regrouping and biding his time. Again though, I wish Rollins wasn’t just forgotten about. I’ll notch this one above average for the great reaction to the Phenom’s return.

Result: Revenge of The Taker (Brock Lesnar by DQ?)

Rating: Above average (with the ending, Average without it)

This was a solid show with only one true standout match, but several others that I found enjoyable. Definitely go out of your way to watch Cena vs. Owens III. The memorable Undertaker return saved the main event from purgatory. So, what did you think? Leave your comments below!

Not a subscriber? Click here to sign up for the WWE Network for just $9.99 per month (with the first month free for new subscribers) and watch WWE Battleground anytime on demand!