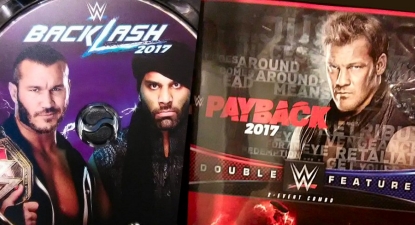 The first PPV events following WrestleMania can go one of two ways. They can either provide fresh plotlines and great action (the latter via WM rematches), or they can feel like a let-down after the huge buzz surrounding ‘Mania.

Payback, the first RAW PPV outing post-Mania, and Backlash, which took that spot for SmackDown, were further impacted by the Superstar Shake-Up in mid-April. In the case of Payback, this would be a negative because it meant that several matches were no longer sufficiently supported by their previous storylines (for instance, Orton vs. Wyatt was originally for the WWE Championship, and then it suddenly wasn’t). As for Backlash, most of the build-up surrounded Jinder Mahal, who one year ago wasn’t even employed by WWE, but after returning to largely serve as dark match fodder, he suddenly found himself competing in a PPV main event for the WWE title, a decision which wasn’t exactly welcomed by everybody.

The latest “Double Feature” twin-set on DVD brings these two shows together, allowing us to check out how both brands fared on Pay-Per-View for the first time after WrestleMania side-by-side. 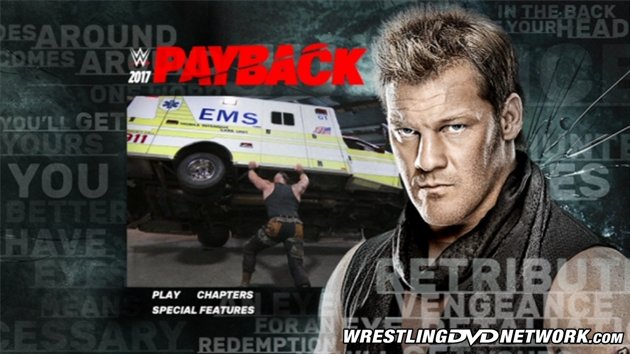 A fun opener, this is slightly inferior to their previous battle at WrestleMania, but it’s still well worth watching. The outcome is a surprise, though it would be effectively reversed in a rematch two nights later on SmackDown. 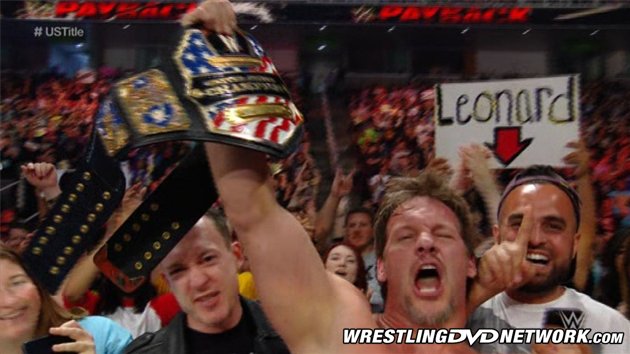 If the speculation is accurate, displeasure at being potentially typecast as a cruiserweight contributed to Aries recently leaving WWE. But if it’s true, it didn’t show in his work, as this is another strong match, albeit with a disappointing ending.

This is perhaps most memorable for Sheamus inadvertently knocking out one of Jeff Hardy’s teeth, as well as the post-match heel turn by the challengers. But the match is still worth going out of your way to see, and it sparked an entertaining rivalry which has only just concluded. 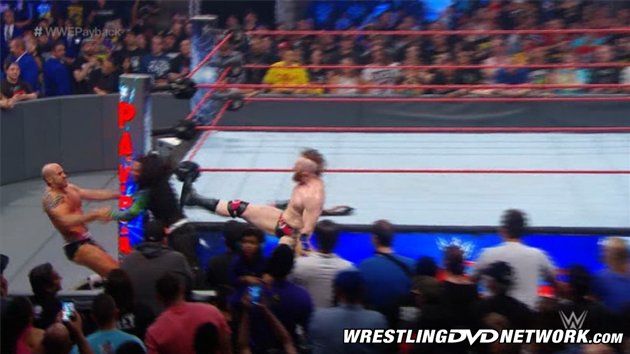 Here, Bayley became the latest victim of the hometown curse, losing her RAW Women’s Championship to Alexa Bliss in her hometown of San Jose. Still, she did so in another enjoyable match, as Bliss made history by capturing both brand’s women’s prizes inside a year, becoming the first to do so since the rosters were split again. 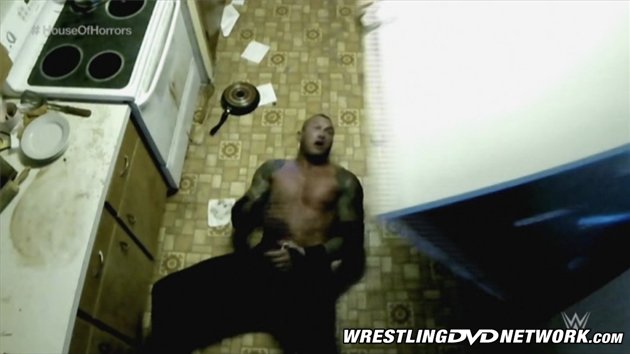 Depending on your opinion, this was either an attempt at something different by WWE, or a complete disaster. I’ll let you be the judge of that, though I will note that Orton randomly returning to the arena with no explanation given, considering the circumstances, was pretty ridiculous!

I personally enjoyed this encounter, the first WWE clash between Rollins and Joe, though I can appreciate that some were expecting more from it. Though Rollins had his hand raised here, it is Joe rather than Seth who has become a more integral part of RAW since this special event took place. 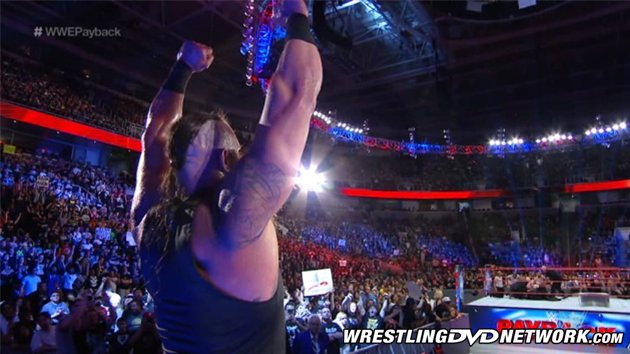 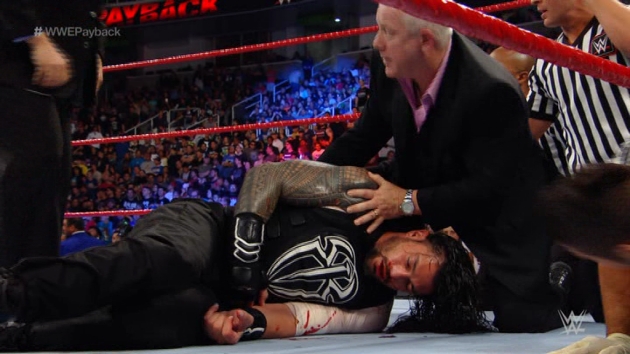 I disagree with Peter Rosenberg (as many wrestling fans do these days) that this was a “classic”. However, it is a completely believable battle between two men who have built up quite the rivalry over the last few months. The result may surprise some, but the post-match scenes indicate that the feud was far from over (or to quote Braun, “I’M NOT FINISHED WITH YOU!”). 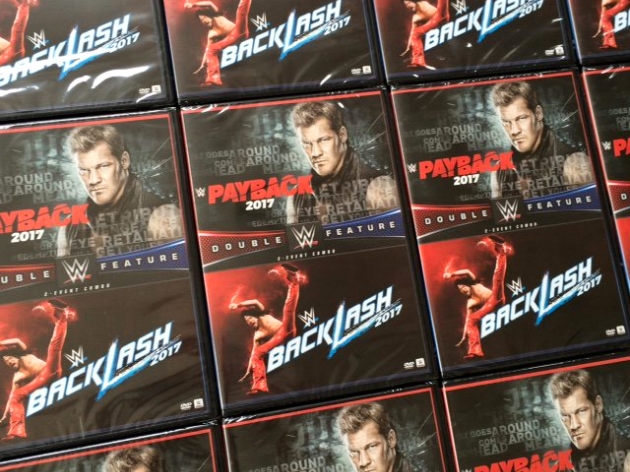 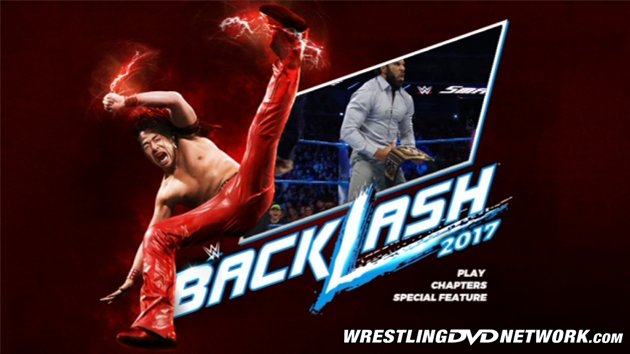 Kicking off Backlash, the much-hyped King of Strong Style’s main roster debut ended up just being “okay”. Ziggler, the heel who taunted Nakamura for weeks and whose permanent main event aspirations dwindled away long ago, strangely controls much of the match, and whilst Shinsuke eventually triumphs, this is nowhere near as good as Nakamura’s NXT debut last year against Sami Zayn.

This quickly becomes a comedy match, but it’s an entertaining comedy match, which makes the more surreal aspects of the contest worthwhile. Breezango come close to capturing the titles but ultimately lose to The Usos, who are quietly producing some of their best work on the blue brand.

Given how much Sami Zayn is promoted as an underdog, it sometimes feels strange when he comes out victorious, especially against a much larger opponent in Baron Corbin. That’s what happens here, though, and it’s a fairly enjoyable bout to boot. 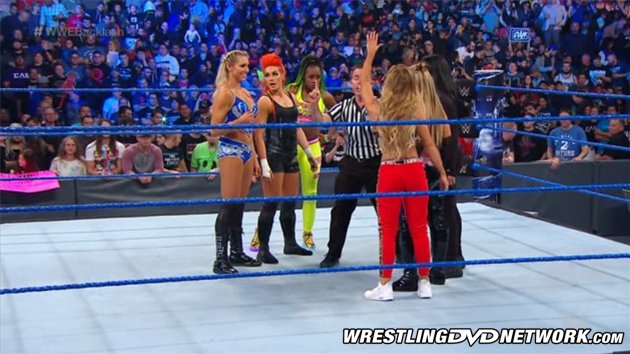 On the one hand, this encounter gives a boost to Carmella, Natalya and Tamina, three ladies who it was assumed would be overshadowed by Charlotte coming over to SmackDown via the Superstar Shake-Up. On the other hand, though, the bout is pretty average, and it generally feels like filler, especially given that Naomi participates in this match rather than defending her SmackDown Women’s Championship. 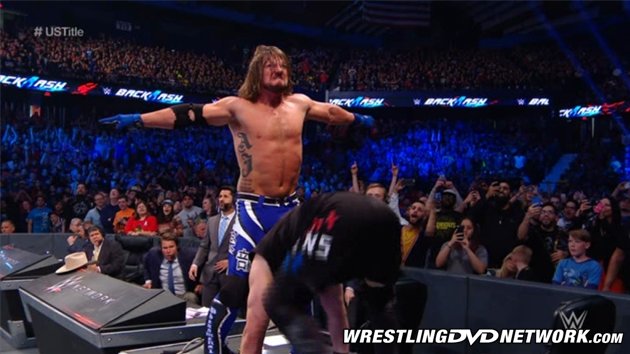 Assisted by a hot Chicago crowd, this is the match of the night. I feel like this isn’t the best bout that Owens and Styles could produce against one another, and the ending is a clear sign that this is a taster of things to come, rather than a chance for the rivalry to peak. But it’s still a strong effort by KO and AJ, two wrestlers who have a good-to-great match with almost everybody. 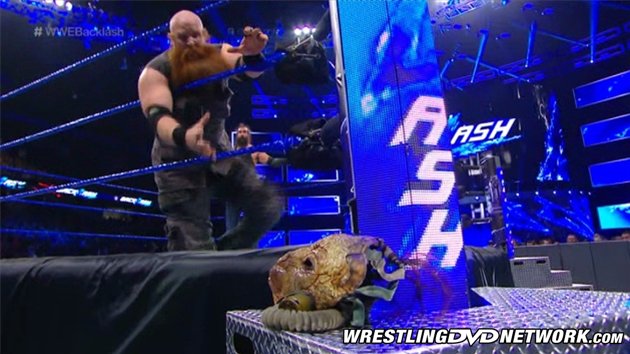 It’s hard to believe that a few months ago, some fans were led to believe that Harper had a chance of being added to the WWE title bout at WrestleMania. Here, his match with former Wyatt Family colleague Rowan has almost no reason to exist, meaning that few cared about the action or its outcome. Sad thing is, this remains Harper’s biggest moment to date since WrestleMania season ended.

And so we come to the WWE title match that, when announced, seemed like a joke to many fans. That Jinder was fast-tracked from losing dark matches to becoming WWE Champion in such a short space of time irked a lot of folks. On the bright side, the match is decent (though it’s still the weakest PPV main event so far this year, besides the 22-second KO vs. Goldberg battle at Fast Lane obviously), and the Chicago fans do give the performers a chance to tell their story, unlike some crowds which have hosted other unpopular title bouts in the past. It’s still not a must-see main event by any means, but Jinder’s shock title win, and the reactions of those in attendance, do create a memorable moment nonetheless. 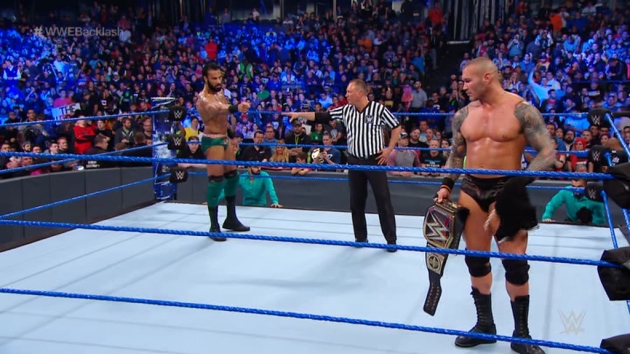 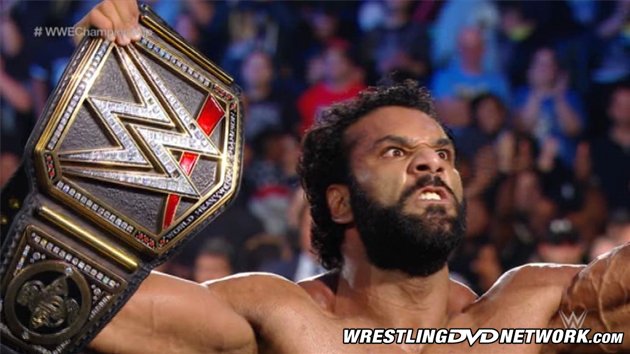 Before Enzo and Cass became the subject of a whodunit, they were still a united team, battling Gallows and Anderson here yet again. It’s watchable, but by no means essential viewing, partly because these two sides had collided so many times before.

This is basically filler, with Bálor ultimately getting the best of Miz. Why Dean Ambrose, the then-Intercontinental Champion who had just begun feuding with Miz again, didn’t make an appearance whatsoever at Payback was never explained. (Okay, neither did Brock Lesnar, but that should require no justification by now, even if on-screen, this has never been properly discussed either.)

This serves the simple purpose of warming the Backlash crowd up via the popular Dillinger, whose early victories after moving to SmackDown haven’t really led to much thus far. Similar to Harper, this somewhat forgettable triumph is arguably his high point of the last few months. 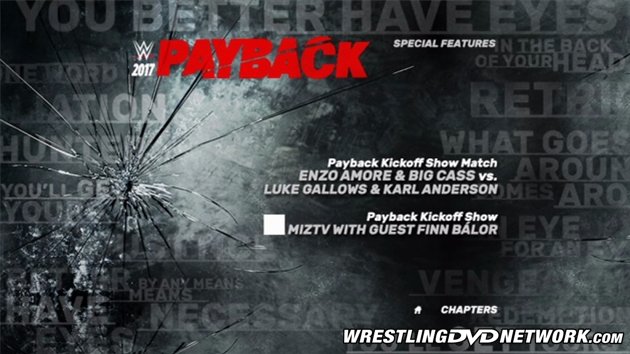 Since the Superstar Shake-Up occurred, RAW has generally been a more enjoyable show to watch than SmackDown, and that comes across when watching this two-disc set.

Though the Shake-Up hindered a couple of the bouts, Payback still delivers some very good action across multiple matches, whilst progressing the exciting Roman vs. Strowman rivalry. Backlash, meanwhile, really does feel like a B-show, from several lethargic or insignificant bouts to finishes that are part of a larger story to Jinder Mahal becoming WWE Champion.

Payback is definitely the superior event, and when combined with Owens vs. AJ from Backlash, this “Double Feature” set becomes more appealing so, in that regard, it might be worth a look. If you’re expecting two incredible supershows, though, you are likely to be disappointed, particularly from Backlash which was the weakest PPV of 2017 up until that point.

What did you think of Payback and Backlash? Did you add this DVD double pack to your collection? Let us know by leaving a comment below! 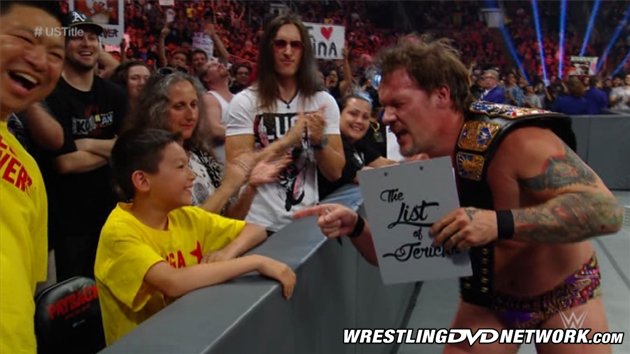