During one of the matches on this DVD, Tony Schiavone mentions that Goldberg was on the cover of that week’s Entertainment Weekly.  This is a pretty good representation of just how popular Goldberg was in the late 90’s.  He’ll always hold an important place in history as the only new home-grown talent in WCW during the “Nitro era”.  In a very short period of time, he became one of the biggest names in wrestling.  Looking back, it’s hard to pick out just what made him so popular.  It was a lightning in a bottle type of situation, and probably would not happen today.  He was never the greatest wrestler, but he was able to become popular in other ways.  Watching all of his stuff in a condensed manner like this, though, his struggles in the ring come to the forefront.  The DVD is rated TV-14.  The first disc runs 2 hours, Disc 2 runs 2 hours 20 minutes, and Disc 3 runs 2 hours and 45 minutes.

“The Streak”: The Format 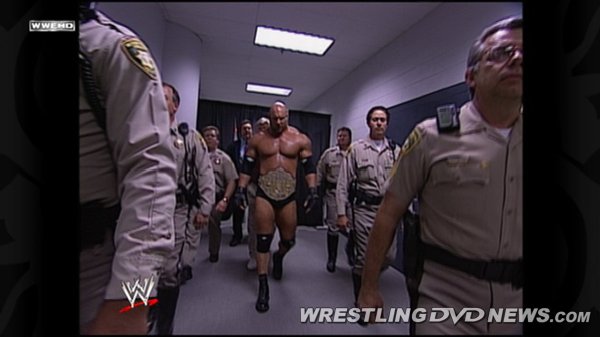 As has been widely reported, Bill Goldberg was not actually associated with this DVD in any way.  Because of this, the informational segments throughout this DVD are pretty few and far between.  They reminded me a lot of the segments throughout Tombstone: The History of the Undertaker, but they are not featured before every match like on that DVD.  This format feels very antiquated.  When they are featured, the segments do help to give some context to the matches.  There just aren’t enough of the segments, though, and they aren’t always placed at the best portions of the DVD.  While they do provide context, they don’t give any insights you may have gotten if there was an interview with Goldberg or another wrestler in its place.  If you get the DVD, these segments are certainly worth watching, but don’t buy the DVD just to watch these little segments.  If you go in with any expectations, you are sure to be disappointed.

Because there are so many matches on this DVD, I’m going to use a different match review style this time.  Not only are there a lot of matches throughout this DVD, the matches are all pretty similar.  A lot of fans like to criticize John Cena for his “5 Moves of Doom”.  Well, it’s possible that Goldberg only had 5 offensive moves in total.  Ultimately, this is one of the biggest problems with the DVD.  While there are some standout matches, which I’ll discuss below, the DVD becomes very repetitive very quickly. 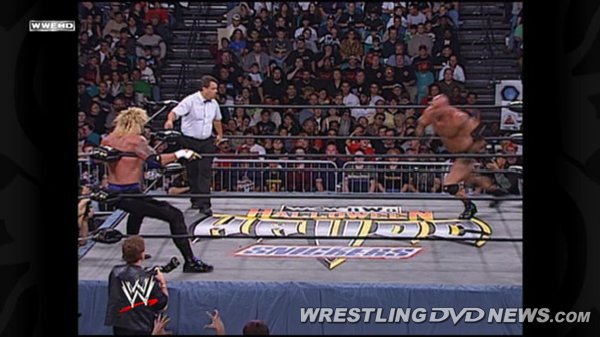 Disc 1 is the standout of the DVD.  This disc features Goldberg’s entire historic streak, as well as his first lost.  The two best matches on the entire set are found within the streak: his matches against DDP from Halloween Havoc and against Sting from Nitro.  These are both exciting matches; at times it feels believable that the streak could end, even with Goldberg in control for a good portion of the match.  The matches run a bit longer than most of Goldberg’s early matches, but they don’t go too long and get repetitive.  Easy recommendations here.  The other highlight on this disc is the infamous title match against Hogan.  While this is a match that most of us have seen before, it never gets old.  The in ring action isn’t great, but the crowd gets so into the match it’s hard not to get excited yourself.  Nothing else stands out much on Disc 1; I had high hopes for the match against Curt Hennig, but it is shockingly short, and never really goes anywhere. 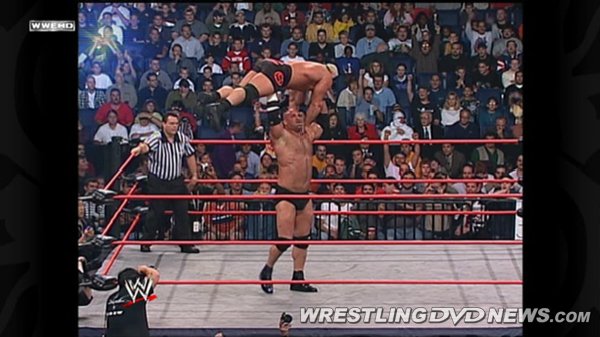 From the strongest part of the DVD, we now go the weakest: Disc 2.  The most interesting aspect of this disc is watching WCW nearly ruin the Goldberg character.  After the streak, they never really knew what to do with Goldberg, and that’s pretty clear to see here.  All that being said, here are some words I never thought I would type: the Goldberg Vs. Scott Steiner match is the best match on this disc.  Even though neither man was great in the ring at this point in their careers, they play off of each other really well, and put together a fun story.  Of course, Vince Russo nearly ruins it with his interference (Russo is a terrible on-screen personality, regardless of your thoughts on his writing abilities), but that doesn’t keep it from being the highlight of the disc.  I would recommend checking this one out.  Nothing else here is worth taking the time to watch, though.  The re-matches with DDP & Sting from 1999 are both disappointments compared to the matches from 1998 on Disc 1.  The biggest disappointment on the whole DVD might be the I Quit match with Sid.  I was hoping the gimmick match would help freshen up the DVD, but the match is ridiculously short for an I Quit match.  I guess that’s what I deserve for going into a Sid match with any type of expectations. 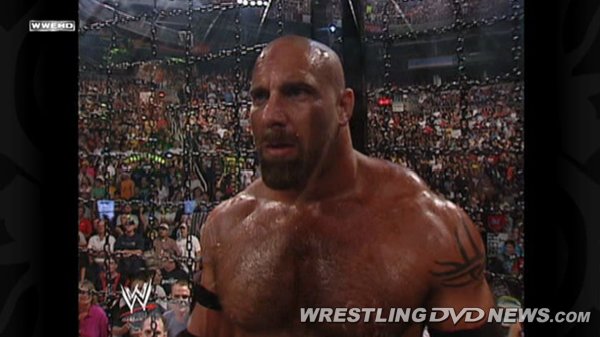 Goldberg’s WWE run is represented on Disc 3, and overall, it’s fine, but forgettable.  The easy highlight is the SummerSlam 2003 Elimination Chamber match.  Goldberg looks like a monster in this match, and you get a nice break by getting to see some other wrestlers go at it as well.  It’s one of the weaker Elimination Chamber matches in history, but on this DVD, it’s a nice change of pace.  For very different reasons, the other memorable match from Goldberg’s WWE run is his disasterpiece with Brock Lesnar.  I’ve written about this match before, and as bad as it is, it must be seen as a fascinating piece of wrestling history.  Everything else on this disc falls into the “mediocre” category.  None of it is all that bad, but none of it is all that great either.  The repetition starts to become a pretty big problem by this point.

Let’s be frank. Bill isn’t even the best Goldberg out there in the pop culture ethos.  That being said, here are some (very) brief thoughts on some other famous Goldbergs:

ABC’s The Goldbergs: If you like 80’s references, you’ll really enjoy this. Otherwise, nothing special.

Yoo-Hoo, Mrs. Goldberg: A great documentary about the early days of television.

Whoopi Goldberg’s Eddie: A good representation of the ridiculous high-concept sports comedies of the 90’s.

Evan Goldberg & Seth Rogen’s This is the End: One of the best films of the year so far. 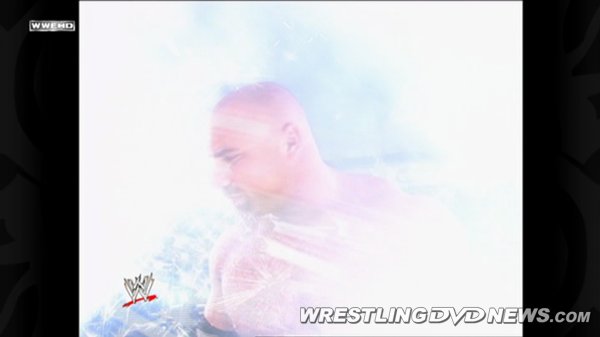 OK, at this point, I guess I should move onto a discussion of this DVD.  Here’s the big takeaway from this release: not all compilations need to be 3 Disc DVD sets.  Not counting the Superstar Collection series, we haven’t had a compilation release that had fewer than 3 discs since the Bobby Heenan DVD in December 2010 (almost 3 years ago).  I don’t care how big of a Goldberg fan you are, I just don’t think anyone needs 7 hours of Goldberg matches.  They are all too similar.  After watching through all of the matches on this DVD, it became clear that you could easily pick out 2.5-3 hours worth of solid Goldberg matches and make a great 1 disc release.  If a documentary had been included, then I would go 2 discs, with 1 disc of bonus matches.

For this reason, it’s tough to recommend this DVD as a whole.  There are 4 or 5 solid matches throughout the discs, but the rest isn’t anything special.  The segments aren’t going to teach you anything new either.  If you are a big Goldberg fan, I’m sure you will want to get this, but unless you are really into Goldberg, I’d say that this is a pretty easy pass.