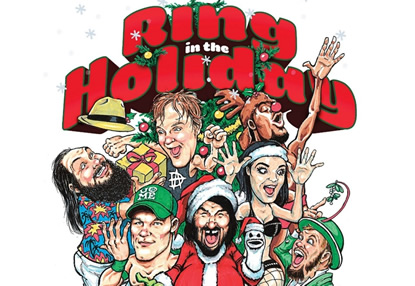 How can it be that “the most wonderful time of the year” hasn’t had a WWE DVD to celebrate it in the past 16 years (and 30+ years if you count the Coliseum Home Video era!).

WWE “Ring in the Holiday” is a single disc DVD release which clocks in a shade under 3 hours, and rather uniquely for a “budget” DVD, WWE didn’t just throw together a bunch of random matches with very little production. Instead, WWE opted to draft in a former WWE Champion, Hardcore Legend, WWE Hall of Famer, multiple time New York Times Best Selling Author and of course, (most importantly for this DVD) #1 Christmas fan – Mick Foley for hosting duty. Plus, that’s not all as fellow Hall of Famer, Jerry “The King” Lawler was brought on board to draw the DVD’s artwork!

SPECIAL OFFER: Today only you can order a copy of WWE’s new Christmas DVD for only $7.49 here at WWEShop.com when using promo code “SAVE25” at checkout.

Alternatively, get your copy pre-ordered with Amazon by clicking here or the buttons below. 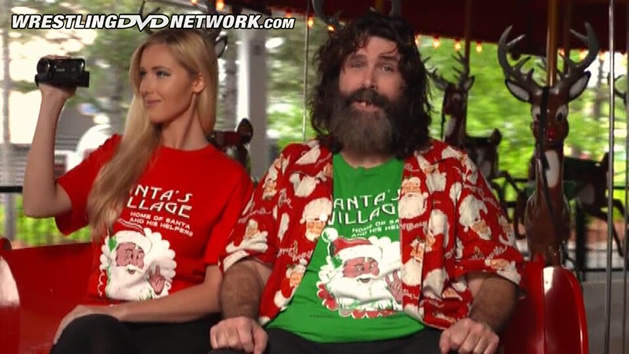 Mick Foley’s hosting segments are interspersed throughout the DVD and are used to tie together the segments and matches, as well as providing us with a running narrative throughout the course of the DVD – the search for Santa Claus. As I’m sure you are aware, Mick is joined in these segments by his daughter, Noelle. Filmed back in June this year, Mick and Noelle visit Santa’s Village in New Hampshire, however they are struggling to track down the big guy himself.

Why is the big guy being so elusive you ask? Why is he avoiding the #1 Christmas fan, Mick Foley? Well, I’m going to leave that one for you boys and girls to find out for yourselves! 😉

The segments with Mick and Noelle are really very fun. Mick comes over great and a really honest, genuine and fun guy (quite possibly the reason is his so very beloved by fans) — he even manages to squeeze in a joke at the expense of Al Snow! 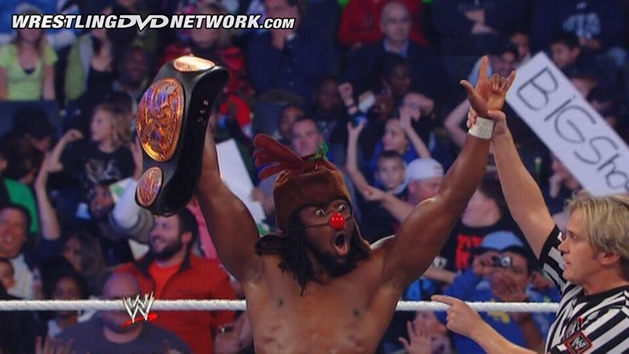 The matches selected, as you might expect, aren’t THE BEST matches in the history of professional wrestling. However, if you’re buying this festive-themed set and expecting that, then you’re going in with very unrealistic expectations. That’s not to say that the matches aren’t fun to relive though – especially at this time of year! 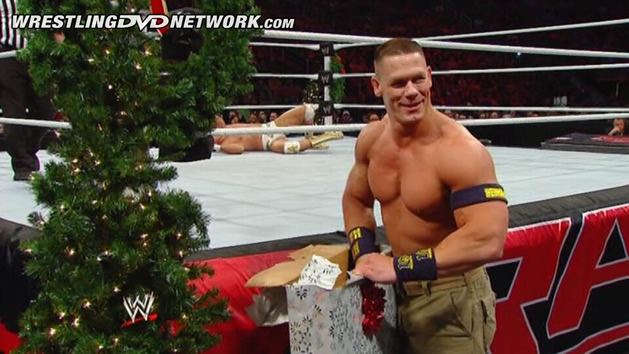 The true standout matches for me had to be the “All I Want For Christmas Battle Royal”, the John Cena vs. Alberto Del Rio and Bray Wyatt vs. Dean Ambrose “Miracle on 34th Street Fights” and Trish Stratus’ final match (to date, at least). Other standout segments on this set include: Bobby Heenan “exposing” Christmas on Prime Time Wrestling (that one was really fun, especially seeing The Brain with the late great Gorilla Monsoon and Roddy Piper) and of course one of the rare in-ring appearances of Xanta Klaus who battled a young Scotty 2 Hotty. 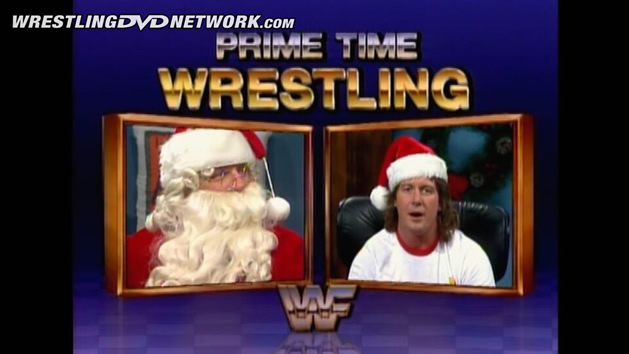 Are there segments which didn’t quite make the cut, well of course there are – Roddy Piper’s “Christmas Carol” from TNT is one which really comes to mind. However, for my money, WWE did a really bang-bang-up (see what I did there; for you Cactus Jack fans) with this release. They took what could have been a really crappy set and turned it into something a little bit special, and a set which I really enjoyed watching. Frankly, it’s nice to finally have a WWE DVD that you can throw on about this time of year to get you in the festive mood.

So with that, I have no reservations in giving WWE “Ring in the Holiday” two thumbs up! 👍👍 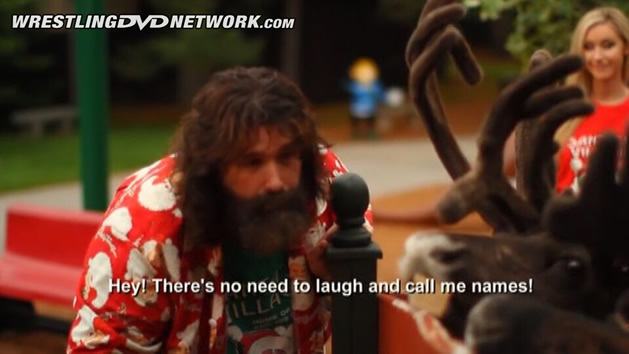 – USA: November 10th. Pre-order the DVD from Amazon.com or WWEShop.com.