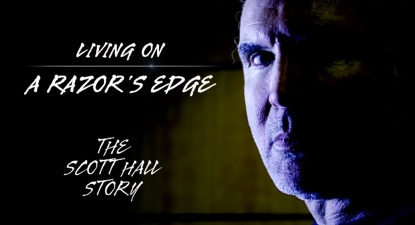 It’s hard to deny that the list of big-time WWE Superstars and Legends who deserve their own career retrospective DVD documentaries is growing shorter and shorter each year.

However, Scott Hall is one individual who has been overlooked for years; but with “The Bad Guy” now in a better place in his life, it’s undoubtedly the perfect time to honor his life and career.

…..HEY YO! Click here to get your copy of WWE’s new Scott Hall DVD, or here for the Blu-ray.

The new documentary clocks in at a fraction under 82 minutes and spans Hall’s entire career from childhood all the way to the present day — even showing him working with aspiring WWE stars training in the Performance Center (as seen on the WWE Network’s “Breaking Ground”). 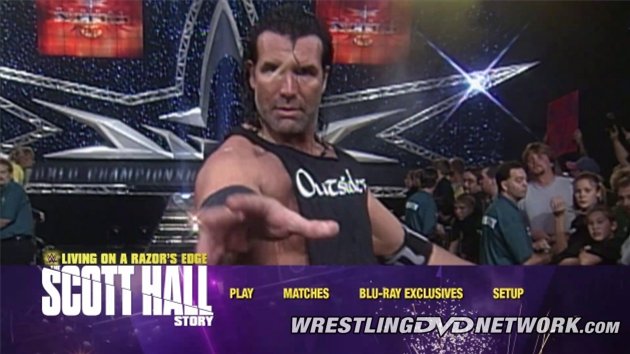 “Living on a Razor’s Edge: The Scott Hall Story” begins on a really somber note [watch intro] with Scott standing in the parking lot where he was involved in the death of a club-goer in 1983, we then see Scott sitting in an Orlando park discussing his memories of the city. Throughout the documentary we hear from a number of individuals including Scott’s family (his brother, mother and son) as well as a number of individuals from within the wresting business: Kevin Nash, Triple H, Sean Waltman, Eric Bischoff and Diamond Dallas Page (amongst others).

It’s safe to say all of the major points in Hall’s career are discussed in the feature from his early days as part of American Starship, his AWA run with Curt Hennig, his first WCW stint and of course his time as Razor Ramon and joining WWE, then moving on to WCW and his run with the New World Order. Frankly, pretty much his entire career is covered and honestly, barring one or two feuds, everything major is here along with insight from the man himself. 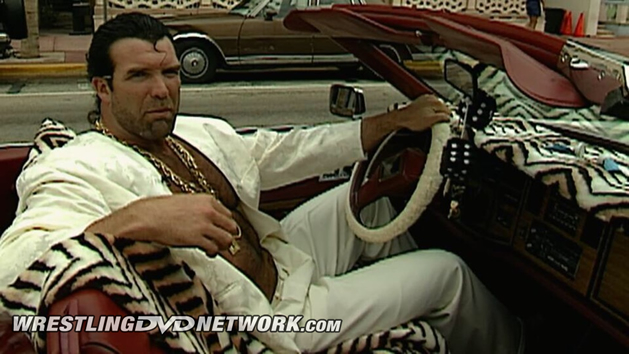 In many respects Scott Hall is one of those individuals in the wrestling business where you think first about his exploits outside of the ring before you might his in-ring work. That’s a shame because in the ring, Scott had a really solid career. Obviously because of this Scott’s personal problems play a big part in the documentary. Much discussion is given to Scott’s issues and Kevin Nash and WWE’s involvement in trying to help get Scott straight, the source of where his issues began with the incident in Orlando, Florida back in 1983, and how WWE helped (with therapy) to try and get to the root cause of Scott’s demons. We are also shown the incredibly sad footage of the 2011 Massachusetts independent appearance, which really pictured Scott at his lowest ebb. This is a really dark section of the documentary and honestly really quite difficult to watch! 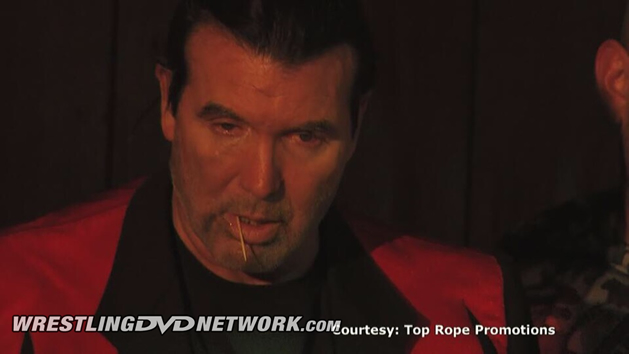 After this however we begin to look at his involvement with Diamond Dallas Page and Jake Roberts in the years that followed. You’ll notice that WWE also gained access to footage from DDP and “The Resurrection of Jake Roberts” documentary (which, by the way, is INCREDIBLE and available on Netflix in the US and UK, so definitely check it out). This material shows Scott’s (pardon the pun) ‘resurrection’ and the hard work he put in with Dallas to gets himself back on the right track. 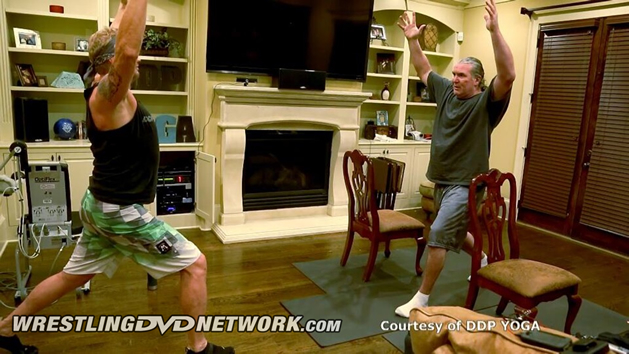 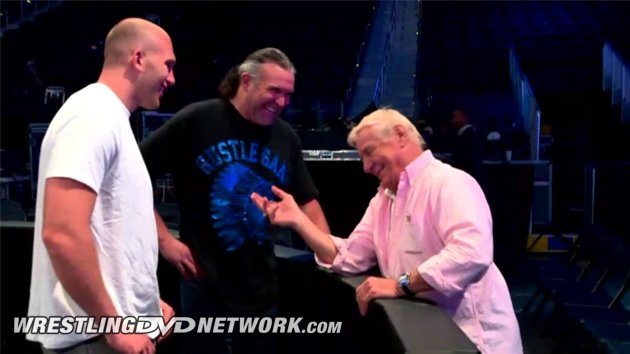 Looking at the interview footage, it looks like this new documentary may have been in production for a good while as Scott’s primary interview dates way back to 2014 (we’ve seen the footage used on quite a few sets over the past year or two). In this instance “new” is not quite “new”. 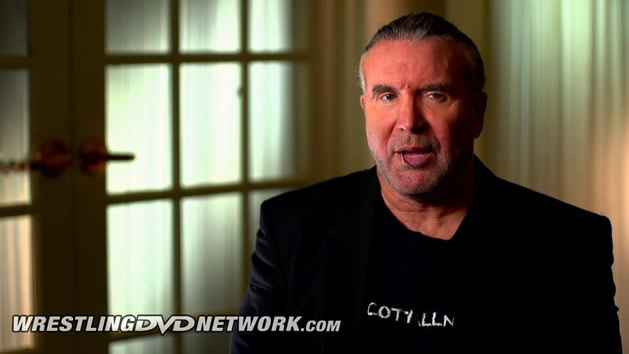 It’s really uplifting though to see that the Scott Hall retrospective has a positive ending; just a few years ago it was the general consensus, from both those inside the business and those of us who follow the business, that Scott Hall’s “story” would likely have a very, very dark and sad ending, so it’s truly incredible to see that it doesn’t, and it’s not even close! 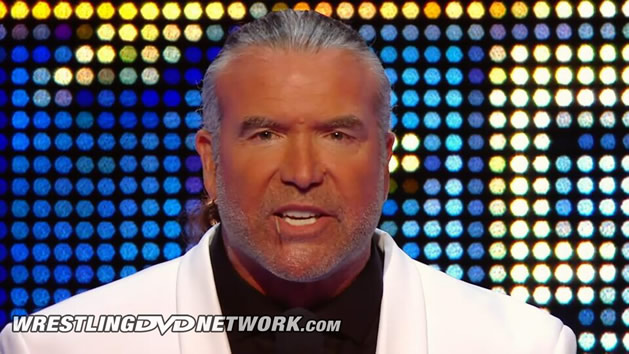 All in all, I’m actually not sure that this one cracks a top 10 WWE DVD documentary list, but frankly I haven’t felt that about most of the documentaries from the past two or three years — I really want to get back to the days of those MUST SEE WWE documentaries, don’t you?

Shortcomings aside, the “Living on a Razor’s Edge: The Scott Hall Story” DVD and Blu-ray extras might well sell you on it anyway. In addition to the main feature you get nearly 30 matches, 8 extra stories, Razor Ramon’s debut vignettes, and his Hall of Fame induction.

If you’ve checked it out already, let us know what you thought in the comments below. 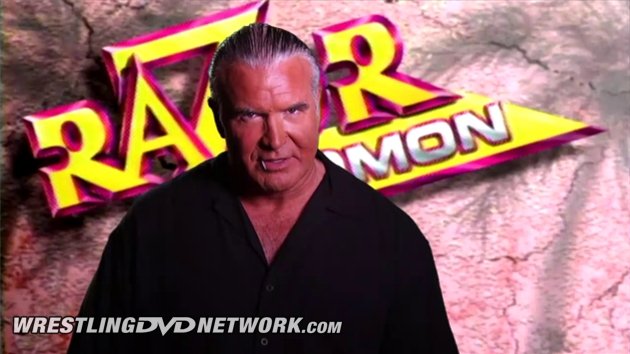 – USA: Now! Get the Scott Hall DVD/Blu-ray from Amazon.com or WWEShop.com.