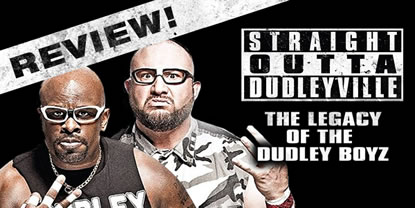 It’s hard to deny the cold hard facts; the Dudley Boyz are the most decorated Tag Team in the history of professional wrestling — over their twenty year career together they captured more than twenty-five Tag Team Championships from across the globe. So, it’s also hard to deny that the third tag team to be featured on a solo-DVD release should be the Dudley Boyz.

RELEASED TODAY: Click here to get “Straight Outta Dudleyville” on DVD, or here for the Blu-ray.

This compilation has been rumored for a little while; even before The Dudley’s re-debut last summer. However their return made this WWE DVD set look like a very hot contender for 2016.

“Straight Outta Dudleyville” takes the same format of the other WWE DVDs we know (and love) with a documentary feature, outtake interviews and a collection of bonus matches (in addition are a set of matches which are exclusive to the Blu-ray). Remind yourself of the full match listing. 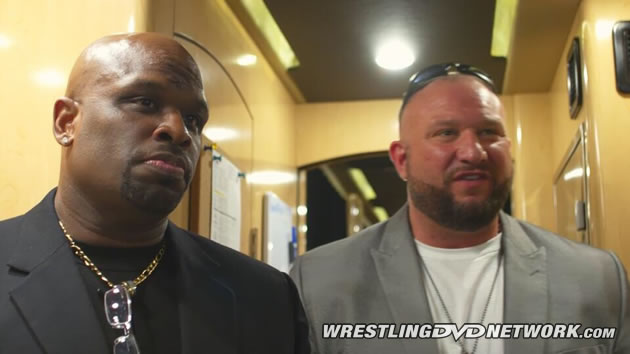 Now, the documentary is of course the main reason for buying these sets, so, personally I think the documentary can make or break a DVD. In total the “Straight Outta Dudleyville” documentary has a run time of 75 minutes and occupies the entire first DVD disc.

The documentary uses flexible timeline and jumps between present day (specifically the Dudley’s return and the preparations for it the night after SummerSlam 2015) and the story of Bubba Ray and D-Von, from their early childhoods through to their domination of tag team wrestling.

The present day footage was filmed with Bubba and D-Von as they prepared for their WWE return in a bus at the Barclays Center in Brooklyn. Throughout the feature we follow their preparations and segue into the historical aspects of the story. However, I must say the jumping between the two is much less prevalent than we had with previous releases such as last year’s “Sting – Into the Light”. 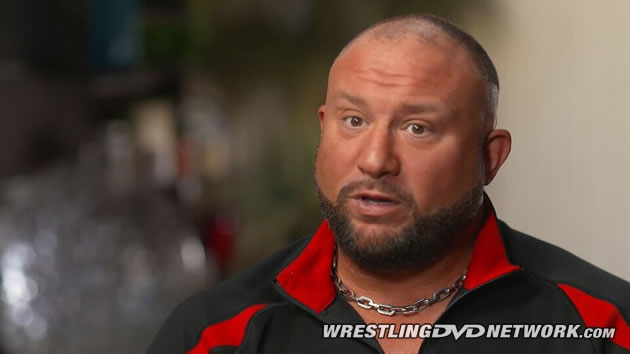 The documentary summaries both Bubba and D-Von from childhood though their training and their very early days within the wrestling business until both Superstars arrived in ECW.

Throughout the documentary, as you may expect, both Bubba and D-Von are featured prominently by way of newly recorded interview footage. In addition we also hear from close family members such as Bubba’s uncle, D-Von’s brothers and even D-Von’s teacher! There are many individuals and Superstars interviewed for the remainder of the set; among those interviewed were: Spike Dudley, Sign Guy Dudley, Tazz, Raven, RVD, Edge, Mick Foley and Joey Styles. 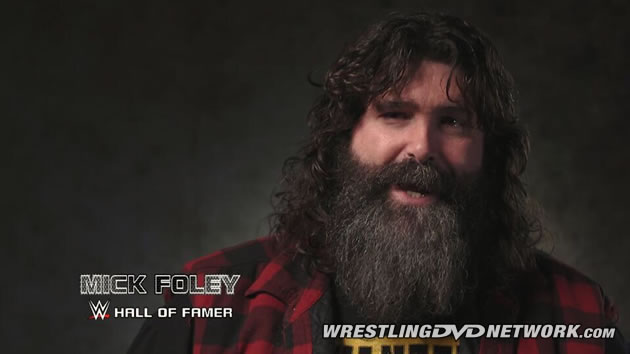 The ECW days are covered pretty well, from going into the backstory of the Dudley concept, right through to their domination of ECW and eventual departure.

I did feel that their WWE career is given a little bit more of a thorough look through than their ECW time, but with it being a WWE DVD, maybe that is to be expected. The WWE portion begins with their arrival and working with the Acolytes (interesting discussion was also given to the arrival of Public Enemy and their infamous match with the Acolytes and how this affected Bubba and D-Von’s approach to WWE life). Of course we also look at The Dudley’s TLC three-way feud with Edge, Christian and the Hardy’s and all of the big matches of that feud. 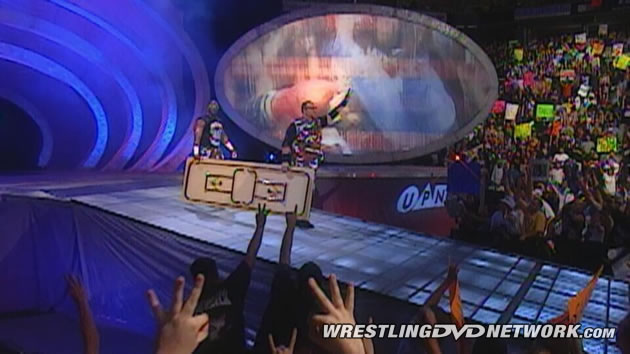 The next section of the documentary looked at the brand extension in 2002 and how The Dudley’s were split with D-Von heading to SmackDown and Bubba exclusive to RAW before being put back together a few months later at the Survivor Series in MSG. Next we’re into the 2003-05 era, a time in which the team were, in many respects de-emphasised (primarily due to the weakening of the tag team divisions) which seemingly led to their eventual exit from WWE.

All in all, their WWE run was pretty much covered. Sadly we didn’t get discussion of their first Tag Team Championship reign nor did we get any comments about ECW One Night Stand (but that’s touched on in the interview extras shown in the match portion of the DVD).

One of the more surprising aspects was that TNA was actually mentioned! Unlike Sting’s DVD, in which TNA was given a single line of acknowledgment, here we get a couple of minutes of discussion about Bubba’s singles run as World Champion, “Bully Ray”. Bubba also discusses D-Von’s unhappiness with the company. Sure, it would have been nicer to see a little more in-depth discussion (especially excuses that the Dudley’s were actually with TNA for longer than they were with WWE!) but that was never going to happen. Naturally there is no TNA footage used here, but we do have a couple of still photographs of Bubba in shape as the World Champ. 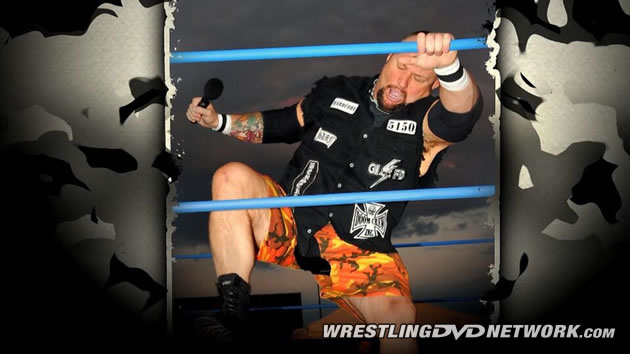 The documentary moves along at a very nice pace, and at no real point does it feel rushed. It would for sure have been nice to get a little more in-depth with some of the Dudley’s career highlights, however as we have seen with other recent WWE docs they tend to provide more of a career overview rather than the specifics, such as the storyline aspects of their individual careers.

The final portions of the documentary look at the Team 3D Wrestling Academy (strangely, not mentioned by name), Bubba’s Royal Rumble appearance and of course their return to WWE. The return discussion is very nicely done as it was built up through the documentary with the present day footage hyping their return. We also look into the how and why the return all came about. The documentary closes by examining the Dudley’s impact on pro-wrestling and their status as one of the greatest tag teams of all time. So folks, for the doc, that’s your lot.

The Bonus Material (and Blu-ray Exclusives)

In total this set has 22 matches. That’s made up of 5 ECW matches, 16 matches spanning their WWE career from 1999 to 2005, and then 1 match from their 2015 WWE return. The Blu-ray exclusives add 4 additional WWE matches and their return segment into the mix.

A cool little feature we also have is found dotted between the selected matches – that being a bunch more interviews recorded with Bubba and D-Von. These candid interviews provide us with additional info and details surrounding the matches, storylines and feuds of the time. 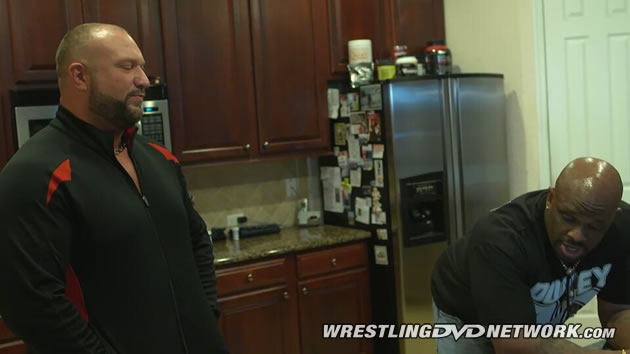 I also really enjoyed the match selection on this one. I understand it is a very difficult thing to create the ‘perfect match list’ – one which pleases everyone – but I think WWE did a nice job here of selecting some of the more career defining matches (Tables Match vs. Hardy’s, TLC & TLC 2 etc.) and coupling these with rarer and more unreleased matches.

The only aspect of the match list which lacked for me was the ECW era. Sadly we only had a small selection matches and I feel it would have helped the set had WWE maybe tried to squeeze on a couple of more rare ECW matches; especially as that was where they built their names. 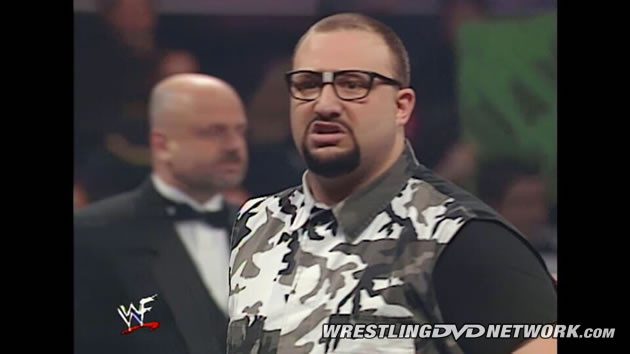 All in all I think this DVD was one of the better documentaries from the last year or two and easily the second best WWE DVD of 2016 (so far at least). Maybe it’s because my expectations weren’t very high going into watching, but I was very pleasantly surprised. Could it have been better, of course it could (I’ve not seen WWE make the ‘perfect’ DVD yet! — maybe I’m too harsh?). 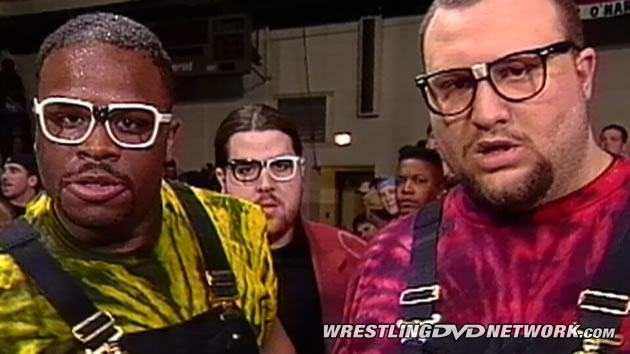 I had fun with this set and I’m sure if you guys and girls pick up a copy you’ll enjoy it as well.

And I’m not sure if it was planned or a coincidence, but this DVD releases the week of the 20 year anniversary of D-Von’s arrival in Extreme Championship Wrestling, funny how that turned out.

– USA: NOW! Get your Dudleyz DVD/Blu-ray ordered here on Amazon.com.

– UK/Europe: NOW! Get your Dudleyz DVD/Blu-ray ordered here on Amazon.co.uk.

– Australia: May 18th. Pre-order your Dudleyz DVD/Blu-ray at Madman.com.au.