I’m trying my hardest to make it through the intro to this review of “THE KLIQ RULES” without using any “Too Sweet” puns, so to save me the temptation, let’s just get right into it.

So, is the Blu-ray as sweeeeet (well, couldn’t quite make it…) as hoped? Let’s find out!

I always try to go into WWE documentaries giving the benefit of the doubt in regards to their runtime. I will admit, though, I was a bit concerned when I saw that the runtime of this was only around an hour long. It seemed much too short to highlight the careers of 5 different men. In the end, the documentary wasn’t really interested in highlighting their careers, though. This isn’t one of the timeline docs we see often from WWE. This fits in much more closely with the recent Ultimate Warrior documentary, or even Rock Vs. Cena: Once in a Lifetime. While the overall timeline of the Kliq is addressed, the main idea of this documentary is to talk about the effect the Kliq had on wrestling in the mid-to-late 90’s. In this, it succeeds, and makes for an enlightening hour. 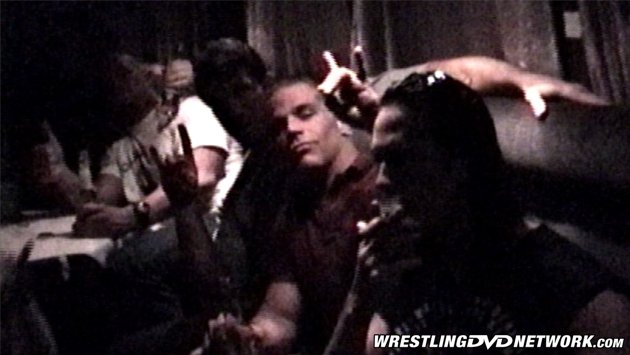 The start of the Kliq, for example, is discussed very quickly, and by the time we are 5 minutes in to the doc, the group is already at full strength. This has both plusses and minuses. It allows for a lot more time for interesting discussion from the superstars interviewed, but it can be a little confusing if you aren’t already a wrestling fan. It makes me wonder whether or not, in the “WWE Network era” we are currently living in, the home video releases are really going to be designed for the hardcore fans. There is an assumption made that you have at least some background knowledge on the men in the Kliq, and the documentary can then focus on the influence the Kliq had on the behind-the-scenes environment of New Generation WWF. This is easily the highlight of the doc; they even discuss other backstage cliques of the era, including the BSK group made up of Undertaker, Rikishi, and Charles Wright (Godfather), among others. 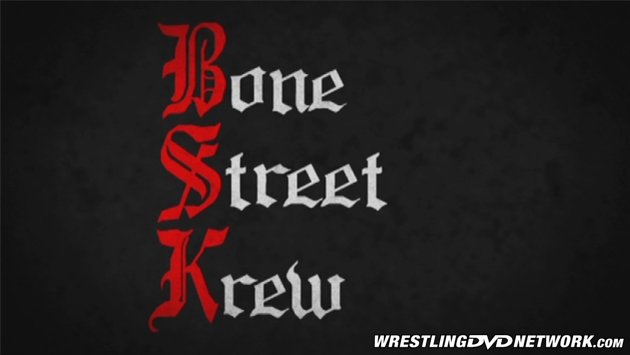 There are a ton of great interviews that make up the discussion about the Kliq’s dominance backstage during this era. We have new interviews with each Kliq member, and some footage from archival interviews is used as well. The sources of the other interviews vary, but interview subjects include Vince McMahon, Lex Luger, Hulk Hogan, Vince Russo, Charles Wright, Bret Hart, Rick Steiner, and others. We also get a detailed look at the Curtain Call moment, featuring interviews with almost everyone involved, including the men responsible for filming the moment. This is the moment that is by far given the most time in the documentary, but the breakdown is fascinating, and doesn’t really feel out of place amongst the rest of the feature.

When discussing Kevin Nash and Scott Hall’s jump to WCW, we get some footage of the new interview with Eric Bischoff that will be used on the upcoming Monday Night War Vol. 2 Blu-ray. It was refreshing to finally get a new interview with Bischoff on a documentary from WWE; that old one has been used so, so many times at this point. We get a few comments from Undertaker throughout, but unfortunately these were taken from the interview on the HHH doc from 2013. As a whole, these interviews are the strongest part of the doc, and you get a real feel for what was going on backstage once the Kliq was formed.

Much like the start of the documentary, the post-Curtain Call careers of the Kliq members are discussed pretty quickly, and the documentary does lose some steam in the end. It was interesting to look at the Monday Night War from the Kliq perspective, though. It was simply a new way to look at something that has been discussed many times in the past. The backstage footage from the Hall of Fame inductions for Michaels, Hall, and Nash was also a nice perk, and gave good closure to the documentary as a whole. Despite moving through some topics quickly, I felt there was a strong narrative thrust to the documentary, making it one of the stronger docs in recent memory.

Before getting into the matches themselves, I really enjoyed the choice to include mostly matches between Kliq members as the bonus content. This shows how well they worked together, and also is able to highlight a number of solid feuds between the stablemates.

The bonus matches here can basically be broken down into two categories: pre-Curtain Call and post-Curtain Call. I had a ton of fun watching the matches from before the famed MSG moment. Pretty much all of the big matches and moments between various members of the Kliq are included, and it becomes clear quick just how well these guys worked together. There honestly isn’t a bad match amongst the group, and while some are short, nothing is too tough to sit through. Yes, we’ve seen a number of these matches before, but they fit well within the narrative of the Kliq’s WWF run. Also, in the days of the Network, it’s almost impossible for a match to not be a repeat (unless it’s from a house show or the territory days), so this doesn’t bother me too much. 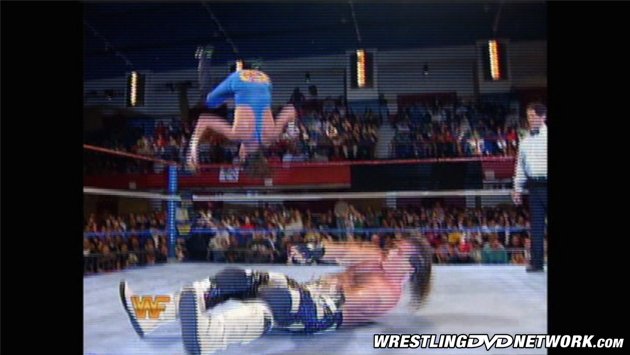 Some standout matches from the era include anything involving 1-2-3 Kid and Razor Ramon, as well as the match between Kid and Michaels from RAW. I enjoyed the way the bonus matches pretty much retold the entire Kid/Ramon feud through the infamous (and ridiculous) Crybaby Match. Ramon also brought the best out of Diesel, and their IC Title match from Superstars stands out in particular. Of course, one of Diesel’s best matches was the No Holds Barred match against Shawn Michaels, and I enjoyed watching that one again. The moment with Mad Dog Vachon remains one of the most shocking moments ever in a wrestling match (and I don’t think that is hyperbole). One of the last matches in this section is a RAW match between Michaels and a young Hunter Hearst Helmsley, and it is a very strong TV match.

The only bonus “moment” included is the MSG Curtain Call, which I believe is the first time this has been included on a WWE DVD completely unedited. Usually, we get clips from this playing with interviews, but here it is presented in full, with no additional interviews. It’s a neat thing to watch in one go, and runs about 10 minutes in total. 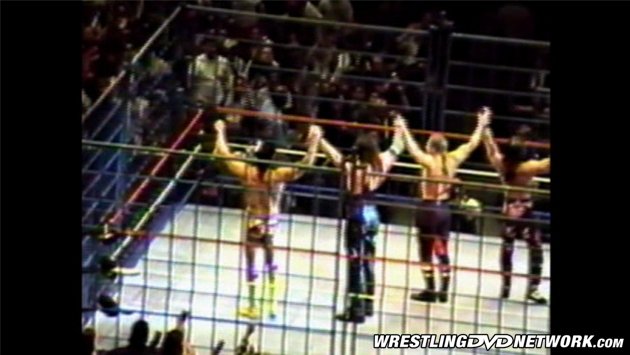 Once we get through the Curtain Call, the bonus matches become a real chore to get through. The WCW matches are tedious, and in the case of Nash vs. Hall from Halloween Havoc 1998, border on offensive. Much like the Lawler/Roberts match I discussed a few months ago, knowing what we know about Hall’s personal demons at the time, using his alcoholism in a story is just uncomfortable to watch now. That match is pretty slow regardless, making it tough to get through. I had hopes for HHH vs. X-Pac from Backlash 1999, but it’s a little too long. The SmackDown six-man tag match is fun, but feels out of place on the DVD since Hall, Nash, and X-Pac get in so little offense. The same can be said with the DX/Jeri-Show match, which simply feels like it’s from a different era than anything else on the bonus features. 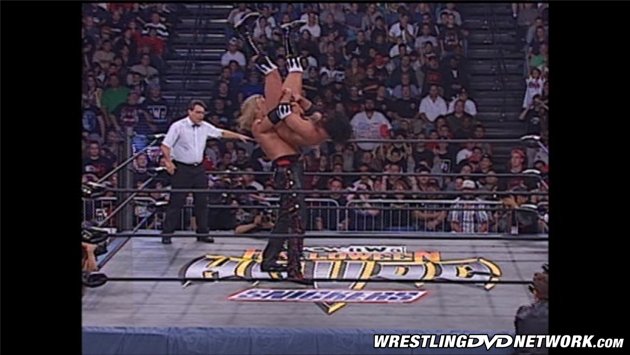 The Blu-ray extras are all from the post-Curtain Call era, and also don’t add much to the set. The WCW tag match with Harlem Heat is fine but nothing special, and the Nash vs. Rock match is a neat piece of history (and features the 2002 return of X-Pac) but also isn’t anything too notable. The Sledgehammer Ladder Match from 2011 is notable for all the wrong reasons (Nash’s 2011 return is one of the weirdest angles in recent WWE history).

Finally, Sting vs. Triple H from WrestleMania 31 is a ton of fun (and one of the greatest live event experiences I’ve ever had), but it will be included on other Blu-rays this year, so feels unnecessary. 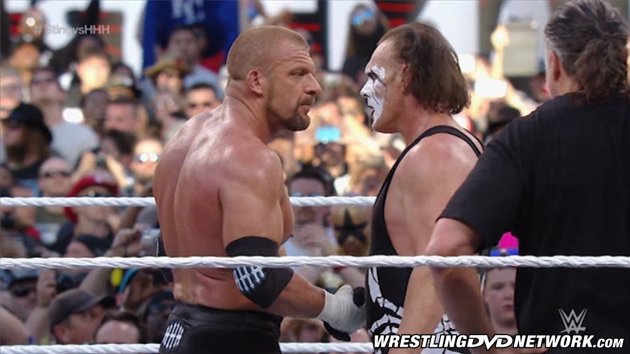 There’s a lot to like in this set, even if it isn’t perfect. The documentary alone makes this one worthy of a recommendation; it’s an interesting doc that breaks from the usual timeline formula to present a more interesting look at what the Kliq was really like. Sure, I wouldn’t have minded an extra 10-15 minutes to get a little more time on the beginning and ending of the Kliq’s reign, but I still enjoyed what we were given. This is well supplemented by the mid-90’s WWF bonus matches, which were a blast to revisit.

The rest of the bonus features aren’t too essential, and I honestly feel you can skip the Blu-ray on this one and save a bit of money. DVD is pretty safe on this set, especially given that so much of the footage is from the pre-HD era.

Let us know what you think in the comments below. 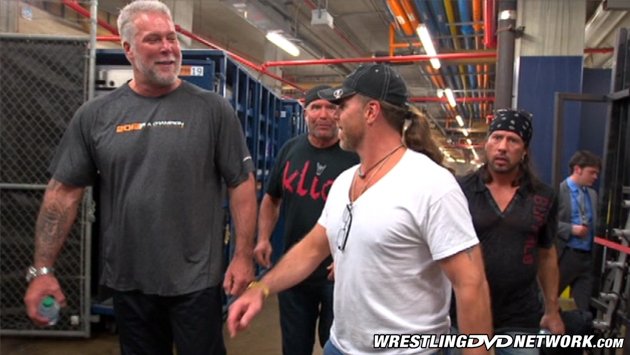 – USA: Out now! Get the new DVD/Blu-ray on Amazon.com or WWEShop.com.

– Australia: Released today! Get a copy over at WWEDVD.com.au.