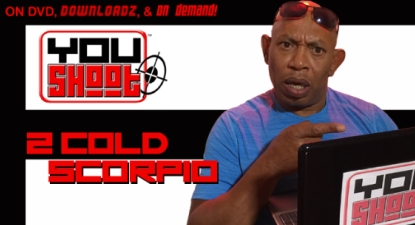 The series that put Kayfabe Commentaries on the map for wrestling DVDs is back with one of the most anticipated (and frankly greatest) editions yet in “YouShoot: 2 Cold Scorpio”.

“YouShoot”, for the uninitiated, is an innovative shoot interview series where the fans ask the questions. In each edition host Sean Oliver sits down with a star to face the questions of the fans. In this edition Sean Oliver is joined by one of the most influential wrestlers of the last 30 years, the one and only 2 Cold Scorpio! Together the two discuss such topics as: “WCW”, “Heat”, “Sex and Drugs”, “Big C*cks” (uh, yeah), “ECW”, “Flash Funk”, “WWE”, “Racism” and everything in between. 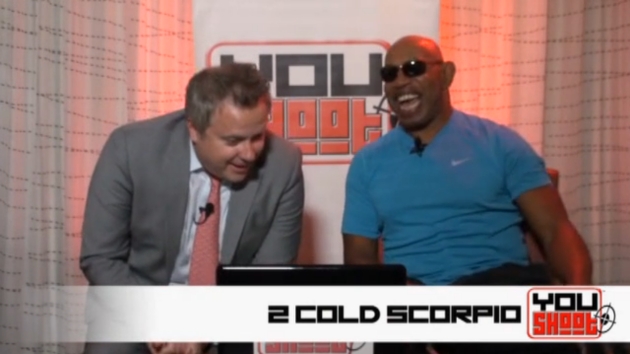 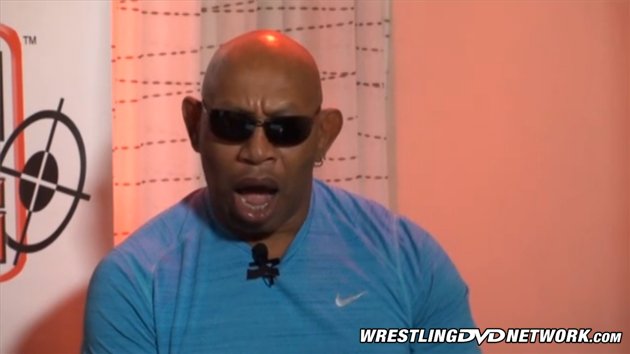 Longtime fans know the reputation and mythology that precedes 2 Cold Scorpio. From his “baby arm” to “Tod is God” to his involvement in the infamous stabbing incident between Arn Anderson and Sid Vicious, 2 Cold Scorpio (who’s worked every major promotion of the last 25-plus years) has been near or at the center of some of wrestling’s craziest stories and moments. So it goes without saying that this interview covers a lot of ground, too much to be mentioned in a single review.

First thing’s first, this interview from start to finish is hilarious! Scorpio isn’t weighed down by regret or bitterness and he isn’t interested in inflating his legacy or importance. Scorpio enjoyed his career and enjoys reliving it, openly expressing both the fun of being a professional wrestler and the disappointments. Scorpio’s memory is nearly flawless, and he is brutally honest about the highs and lows of his life and career.

Things get off to an eventful start as 2 Cold describes the chaos and mayhem that was the Arn Anderson/Sid Vicious scissor fight in Germany. Scorpio recalls the events as if they happened last week. As the lone witness to the carnage Scorpio cuts through the gossip and spin and tells us exactly what happened that fateful night, and those who didn’t bother helping. From Vader in the lobby in his underwear trying to figure out how to call home to Sid walking through a glass door to Scorpio being the only wrestler to ride with the two to the hospital, he recounts the scene, which looked “like a damn horror movie”, and is able to interject the kind of levity that gives the story breadth and life. 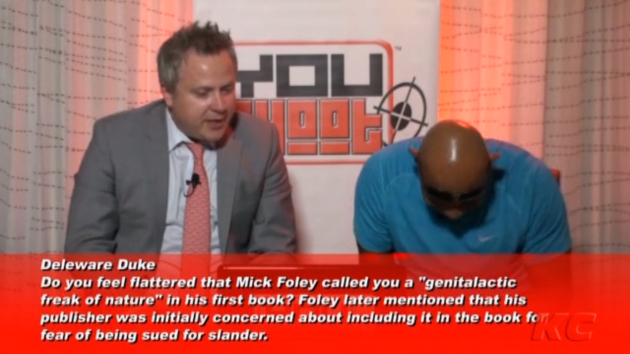 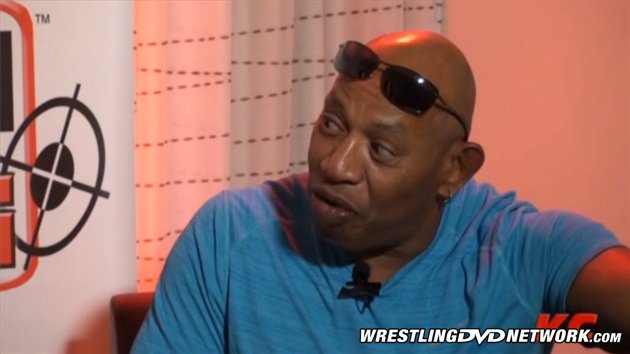 Throughout, Scorpio shares countless amazing, often hilarious stories. There’s the must-hear story of the origins of the heat between himself and Buff Bagwell, including what Scorpio said to Bagwell’s wife on the airplane that set Buff off; the wild parking lot brawl outside the ECW Arena that saw a masked Great Sasuke go to war for real and New Jack & Scorpio drop the hammer on a particularly unlucky fool (including Vince McMahon’s reaction to the brawl); an unforgettable rib the late Rick Rude played on a group of female McDonald’s employees that earned Rude and Scorpio much more than they paid for; and the incredible, crazy tale of the Scorpio/Road Warrior Hawk brawl in Japan that nearly led to Scorpio “shanking” Hawk!

But it’s not all fun and games. Scorpio opens up about the “Jenny Craig crack diet” that cost him his job in the WWF, his home, his marriage, and custody of his children. Though he’s able to add humor to the discussion, Scorpio’s tale of addiction and his long slide towards rock bottom is nothing to laugh at. As harrowing as Scorpio’s story of addiction is, his survival and ability to overcome it are inspirational. With the help of his ex-wife and her family Scorpio was able to get clean and stay clean, offering viewers words of wisdom about battling addiction and how best to overcome it. 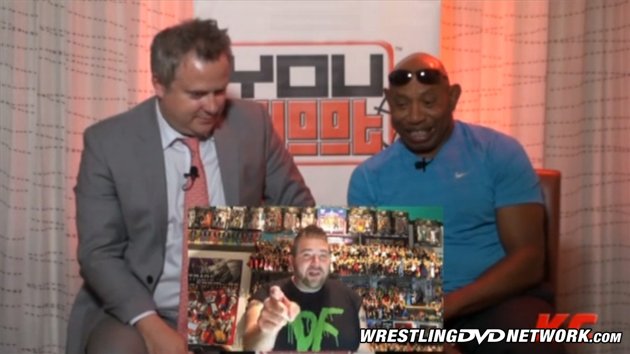 Aside from the wild stories and hilarious talk of “manhood”, Scorpio explains the original idea behind “Brawl for All” and why so few name talent participated (including why Ken Shamrock pulled out at the last minute), as well as his thoughts on everyone from Ric Flair, the Nasty Boys, Brian Pillman, Tony Atlas, Vince McMahon, the Steiner Brothers and Konnan to Paul Heyman, Bubba Ray Dudley, Woman, Tod Gordon, Sandman, Raven and Tommy Dreamer. Scorpio finally tells his side of the “Tod is God” tale, outs Bill Alfonso as the “Pony Killer” yet again, and tells how an incredible meeting with the late Muhammad Ali unearthed family history Scorpio knew nothing about.

Along the way we get the usual “Ho Bag” and “What’s in the Bag” games, as well as a few different versions of “F’, Marry, Kill” (and Scorpio’s unique definition of “kill”), and some other fun stuff that could only (thankfully?) come about in an edition of “YouShoot”. 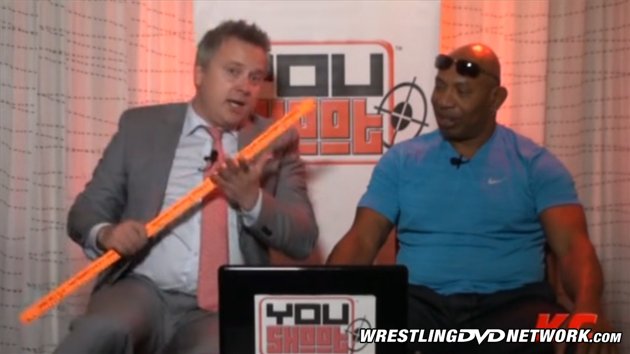 Clocking in at almost 2 hours and 30 minutes “YouShoot: 2 Cold Scorpio” is every bit the classic that shoot interview fans dreamed it would be. If you’re a fan of the series, Scorpio, or even just great wrestling stories this DVD is must-own. Don’t let the running time fool you, this interview is one of the fastest moving you will ever see and is worth every second. This is another grand slam from the folks at Kayfabe Commentaries and one I can not recommend enough!

KayfabeCommentaries.com has the new “YouShoot: 2 Cold Scorpio” DVD available for purchase right now as a regular DVD and for a limited time a Signature Edition too!

It can also be streamed instantly On Demand or downloaded to your device to enjoy later.