The latest DVD and On Demand offering from Kayfabe Commentaries sees the man formerly known as Alberto Del Rio sit down for a shoot interview with host Sean Oliver.

And I don’t know about you, but for me Alberto Del Rio was a guy that although was a top star in WWE for several years, I can’t say I knew a lot about him outside of the ring and character like other Superstars, nor did I really see him in many interviews to find out more.

That, combined with wanting to know his thoughts on his WWE run now that it’s over (and his controversial departure), had my interest up in checking out “YouShoot: Alberto El Patron” – Alberto El Patron is the name he’s going by since that departure, by the way. 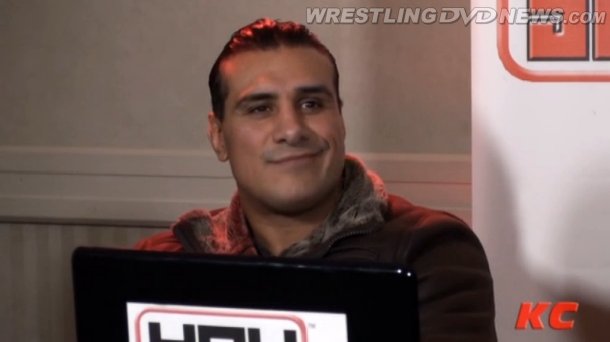 I can say that we definitely do get a lot WWE discussion in this lengthy, near 1 hour and 40 minute shoot, including his take on his firing from the company right from the off. As usual with “YouShoot” the questions are submitted by fans, and that sounds like it might lead to chaos, but the questions selected lead to some really good discussion of WWE topics and beyond.

Oh, Ricardo Rodriguez also pops up during the shoot to introduce Alberto (as “Alberto Del Rio” actually) and it’s nice to see the two of them still together on-screen and close friends.

Back to the firing, Alberto does discuss it in some detail a couple of times and states that several other wrestlers witnessed the incident and tried to go to bat for him in getting him rehired afterward. However, it sounds like he felt it was his time to go because of souring on WWE in the last couple of years of his run, as we hear a lot about later on.

For those that don’t know the tale, a WWE employee working in social media supposedly made an offensive comment to Alberto, speculated to be a racial slur, and that employee refused to apologize when confronted on it, leading to Alberto roughing the guy up and getting fired!

We hear about how he felt great during his first 4 years with WWE in terms of his character positioning, direction and pay (which he notes was when working through John Laurinaitis) but some of the juicier discussion in here was about when that all changed during his last 2 years there. Alberto says that he saw a drop in pay and what he feels were decisions made by WWE that damaged his character – such as cars being dropped from his entrance. 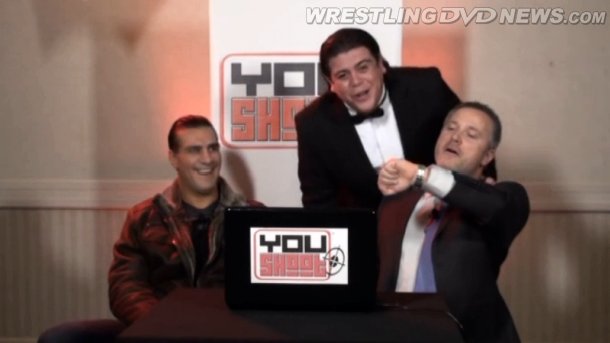 You can watch an exclusive preview clip of the DVD shoot below.

Alberto reiterates that he was very happy during the first few years of his WWE run, before issues came up for him that he believes are still prevalent in WWE now for their talent.

We hear also some nice detail on how Vince McMahon was a big supporter of Del Rio from the beginning and he quotes Vince as saying he was “the only real heel in the company”. Alberto later states that he never wanted to turn babyface when the company were high on the idea and that this was another of the damaging decisions made to his character.

A fan submitted question refers to that character as an updated Ted DiBiase as the “The Million Dollar Man”. Interestingly though, Alberto says he didn’t really live the gimmick in real life like DiBiase did and he was not given limousine rides by WWE or even first class air travel early on – but he does say that he only finds it acceptable to be approached and bothered by a fan when he’s at work and not on the road, which sounds a little like Alberto Del Rio to me!

Other stand-out topics to look out for include the following:

– The influence of his uncle Mil Máscaras and father Dos Caras on his career.

– His continued wrestling career in Mexico and where he’ll end up in the future.

– Why he feels the split with Ricardo happened.

– Being booked to win at WrestleMania 27 until the last minute.

– How many of the present day WWE locker room have been in a real fight.

– His thoughts on Sin Cara’s “laziness”.

– His thoughts on whether or not racism exists in WWE.

– His thoughts on “part-timers” like The Rock coming in. 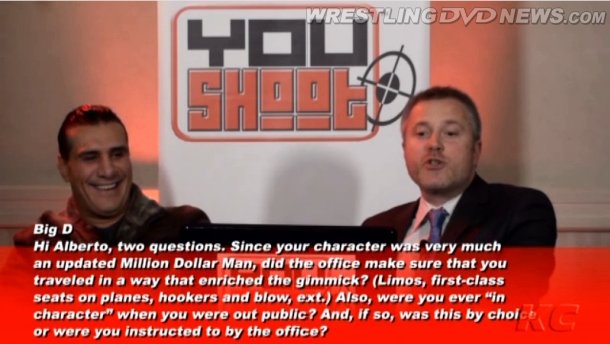 I checked this DVD out to learn some more about the man himself and hear him talk about his time in WWE – it didn’t disappoint in delivering that. Even with the “YouShoot” theme of fan questions, which can often take some bizarre turns, there was a focus on his story.

It surprised me that Alberto came across as a mild-mannered individual which I was not expecting, nor learning that he almost always kept himself out of trouble on the road. He sounds very much like a family man when he’s not wrestling. Because he’s a family man now, there’s not a lot of “dirt” dished out on antics he may or may not have been involved with in his career, and he’s not that quick to disparage WWE either, but the shoot is well worth a look.

Get your copy of “YouShoot: Alberto El Patron” now at KayfabeCommentaries.com. 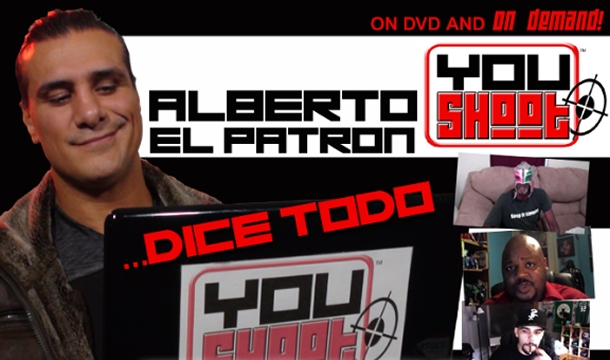