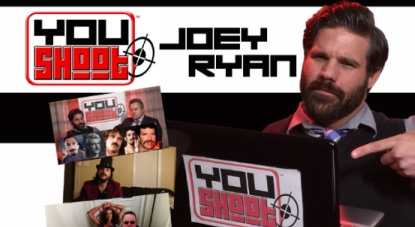 The series that made Kayfabe Commentaries famous is back with the “sleaziest” edition yet! 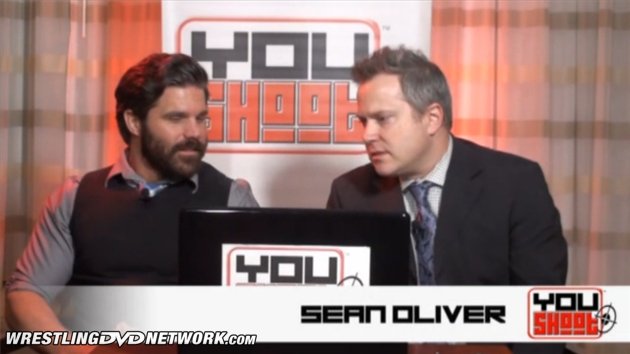 In “YouShoot”, for those readers who don’t know, host Sean Oliver sits down with a wrestling star to answer questions submitted by fans. The program is broken into chapters with absolutely nothing off limits. This time around for “YouShoot: Joey Ryan”, Sean Oliver sits down with Lucha Underground star and internet sensation Joey Ryan to discuss such topics as “The Gimmick”, “C*ck”, “Women”, “Sex and Drugs”, and “The Indies”, to name but a few.

The DVD starts with the story behind Ryan’s engagement, mid-match, to then-girlfriend Laura James, including who knew about it and who didn’t. Ryan tells how his love of ’80s wrestling and pop culture shaped his gimmick and what Ryan’s family thinks of the character, all of which is quite fascinating. At the start, Joey Ryan is more than willing to open up and share, but as the program progresses one gets the feeling that Ryan didn’t fully understand what he got himself into! 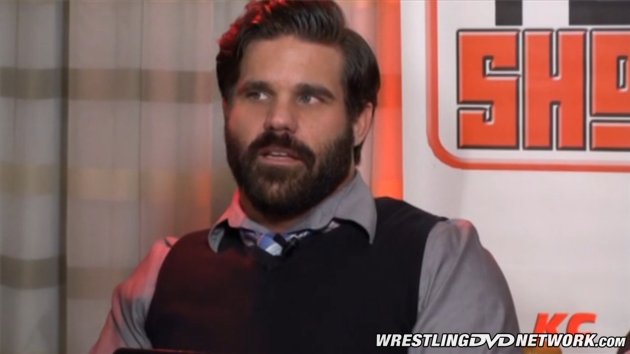 The next 40 minutes are devoted exclusively to all things “C*ck”. Ryan re-tells the story behind the infamous “Penis Plex”, a story that if you haven’t heard is sure to make your day. Ryan gives us insight into what his family thought of it and how the sudden exposure affected his life. When talk turns to Ryan’s sex life, however, the DVD gets a little tedious. If you really care how Ryan met Alison Tyler or what it’s like to have a 4-way with “porn stars” (which I didn’t and don’t), then this section is worth the price of admission. But when it gets to the point where we’re listening to Sunny “farting” while filming her recent adult movie (with Joey Ryan commentating), it’s too much.

While Ryan is honest and candid for the most part, he does come off as a bit guarded, seemingly too worried about offending viewers or fellow wrestlers, which is a bit of a drawback. Nowhere is this more apparent than when Ryan discusses the use of the “Penis Plex” and other sexually oriented spots in matches, including who will and who won’t participate in the spots. 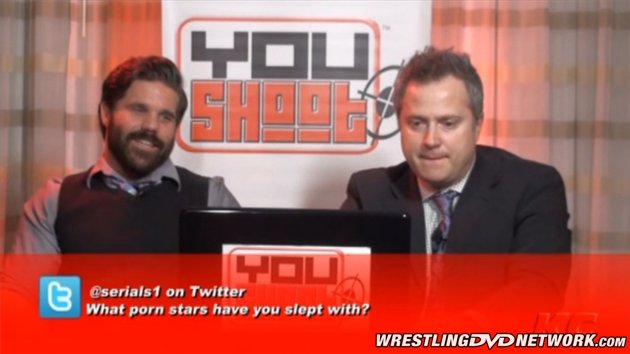 The most insightful portion of the DVD though was the “Women” section. In it, Ryan describes how Andy Kaufman inspired his foray into inter-gender wrestling and how the ability to tell different stories and elicit different emotions is the most alluring part of the process, offering a succinct, intelligent argument to critics of inter-gender wrestling. These are the types of moments where Ryan shines. If the name “Joey Ryan” only conjures ridiculous “Penis Plex” spots for you, this section will change that; Ryan is an intelligent wrestler with a keen eye for story and psychology.

Joey Ryan’s respect and admiration for Candice LeRae, who with Ryan make up the “World’s Cutest Tag Team”, also shines through here. One can learn nearly as much about Joey Ryan as a man from how he talks about LaRae than from any other part of the DVD, including his satisfaction in Candice eventually ending up with Johnny Gargano, a relationship Ryan describes as that of an “old married couple”. After all the adult-themed stuff it was nice to get back to real life. 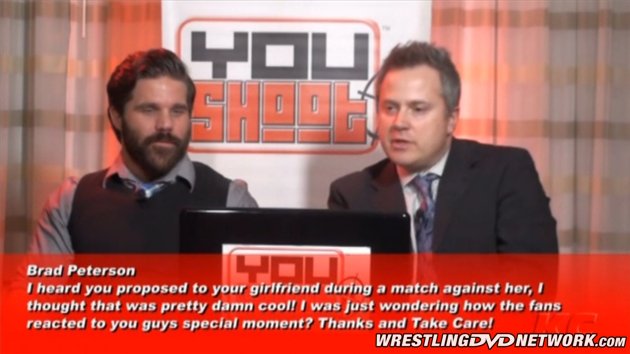 Along the way Joey Ryan tells what is was like to help build Pro Wrestling Guerrilla from nothing, working for both WWE and TNA, and a no-holds-barred discussion about the social media spat between himself and Jim Cornette, yet another part of the interview where Ryan’s intelligence, insight and intellect are most definitely on show.

At 2 hours and 15 minutes this DVD is packed – there’s talk about everything from shooting RuPaul’s Drag Race and Hulk Hogan’s Celebrity Championship Wrestling, to video games, giving his thoughts on Daniel Bryan’s retirement, if he stole the “Penis Plex” from Sexxxy Eddie, Chris Bosh, The Young Bucks, signing with Lucha Underground, and so much more. 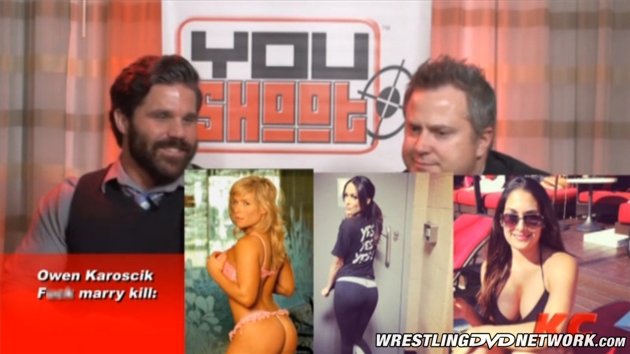 There’s the usual “YouShoot” favorites thrown into the mix, like “F-, Marry, Kill” and “What’s in the Bag”, as well as a couple of new games, including a tournament to determine the mightiest dong in wrestling history, a segment that must be seen to be believed. Trust me.

While the 40 minutes of sexual exploits talk drag the DVD down (and the Sunny audio portion achieving a new low) there is a lot here to like and enjoy. If you’re a fan of the guy or a fan of the “YouShoot” series for that matter, this one is a must-own. With his sense of humor, honesty and open-mindedness, Joey Ryan makes the latest installment one for the ages.

“YouShoot: Joey Ryan” is available right now over at KayfabeCommentaries.com

You can purchase a physical DVD copy or stream it instantly On Demand!