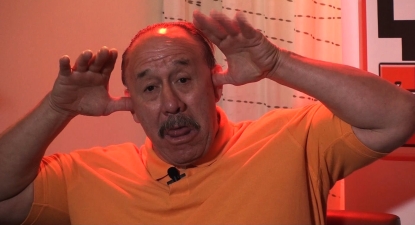 Kayfabe Commentaries‘ wildly popular “YouShoot” series is back with another instant classic! And by now it’s safe to call that a trend.

“YouShoot” is Kayfabe C.’s innovative shoot interview series where the fans ask the questions. In each edition series host Sean Oliver sits down with a wrestling star to face the questions of the fans, whatever they may be. For the latest edition Sean Oliver sits down with “The Raging Bull” himself Manny Fernandez to discuss such topics as ‘Early Days’, ‘Crockett’, ‘Heat’, ‘The Dirt’, ‘Sex & Drugs’, ‘Puerto Rico’, and ‘Toughness’, among others, in “YouShoot: Manny Fernandez”. 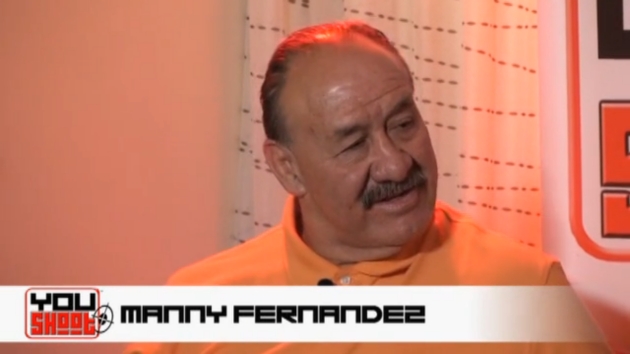 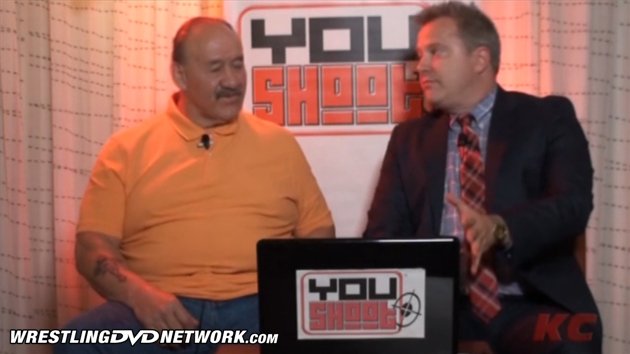 Like other classic in the series, this is a little bit “Breaking Kayfabe”, a little bit “Timeline”, and a whole helluva lotta fun! Unlike many of his generation Manny isn’t bitter; not about payoffs or scripted promos or modern contracts or WWE Network royalties. Though the ghosts of Vietnam and the brotherhood of professional wrestling hang heavy on his heart and mind, Manny is eternally grateful.

Manny starts by talking about growing up in El Paso, Texas the eldest of 9 children to a single mother, a schoolteacher and a “good, strong person” who was a great athlete, which Manny says is where he got his athleticism from. Manny tells of working at the age of 8 to help provide for the family and having to learn to fight early to defend himself, his brothers, and his five sisters. Manny breaks down how his amateur wrestling and football career at West Texas State A&M led to the Funks being interested in training him for professional wrestling and how telling them it was “fake” (and surviving the beatings!) earned their respect.

Manny describes working for Joe Blanchard and Paul Bosch in Texas and how Blackjack Mulligan, his mentor, got “The Raging Bull” into the Carolinas. Manny breaks down the politics of Jim Crockett Promotions in the mid-80s, his classic battle with Abdullah the Butcher at Starrcade ’85 (and why Abby was driven to steal the show), disputes he had with Jim Crockett, Jr. over the tag team titles once Rick Rude left for “New York”, outdrawing the Horsemen as part of the “B Team”, and the politics that drove him out in the fall of 1987, including the ridiculous gimmick that kept Manny out of the World Wrestling Federation. 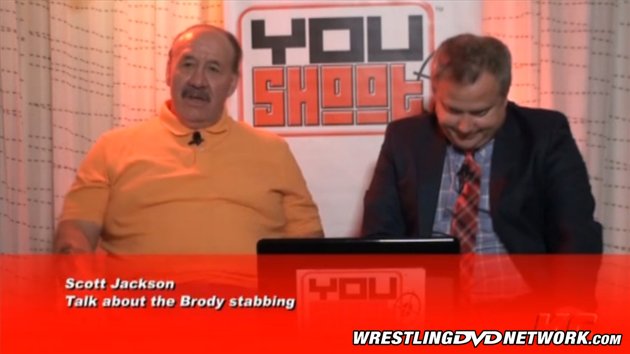 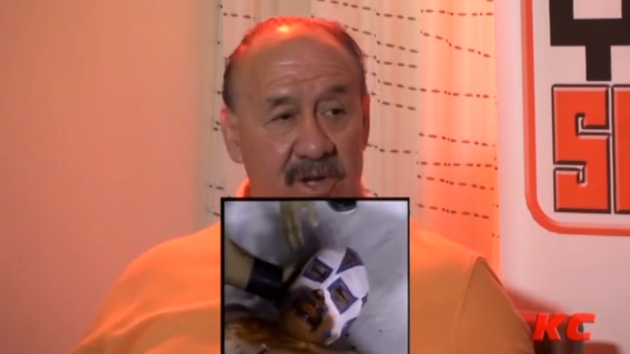 One of the more fascinating portions of the interview has to do with Puerto Rico. Manny talks about getting heat in Puerto Rico and how insane the fans were, including the time fans threw a cinder block through his windshield. Manny breaks down the murder of his dear friend Bruiser Brody, including how he believes it happened and why. In Japan at the time, Fernandez describes getting the news of Brody’s murder and how Inoki and others in New Japan were wary of letting Manny return to Puerto Rico for fear of reprisal. With the help of YouTube they review the now infamous match between Fernandez and Invader #3 (where Manny dropped repeated knees on Invader as Invader vomited blood) and whether the incident was a work or revenge and how he got out of Puerto Rico alive after the match.

Along the way Fernandez debunks the urban legend of Ivan Koloff knocking Manny out at an indy show, the booking mix-up that Matt Hardy writes about in his book, and their prior run-in in South Carolina that soured Manny on the Hardys. Fernandez talks about being confused with Miami Dolphins legendary defensive end Manny Fernandez, calling Dusty Rhodes upon learning of WCW naming a jobber after him (and the Japanese boys reaction to the stunt), and why Wahoo McDaniel was the toughest man he ever knew in the business. We also get the usual “YouShoot” games like “What’s in the Bag” and a JCP-themed “What a D*ck” & “F-/Marry/Kill”, as well as a brand new “Nickname” game involving the Four Horsemen. 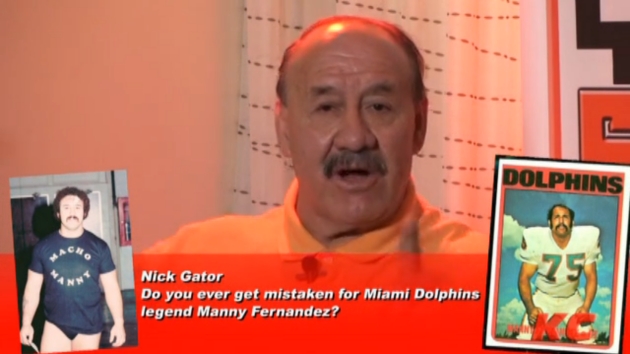 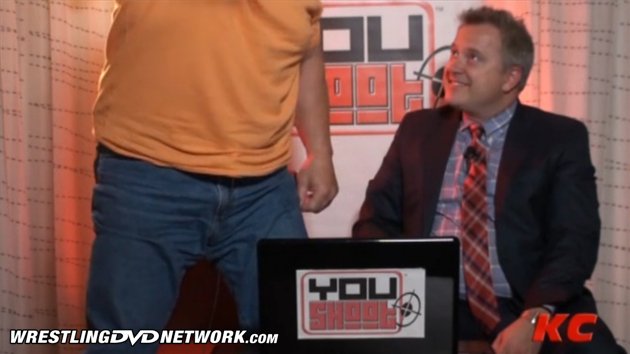 The true highlights of the interview, though, are the nearly innumerable road stories and backstage antics. There’s the time Manny was stabbed in San Antonio and Tully refused to drive Manny to the hospital for fear he would bleed in Tully’s new Cadillac; there’s the various dumps Manny took in everything from boy’s bags to David Crockett’s briefcase and the hilarious tale of pooing in Paul Jones hat; saving Barbarian from being shot by police in Baltimore; Arn Anderson tweaking in cocaine; Sam Houston getting beaten up by a kangaroo in Australia; getting heat in Puerto Rico after painting Carlos Colon white; and more rat tales than you can count.

Clocking in at 2 hours and 21 minutes, “YouShoot: Manny Fernandez” is everything great about the “YouShoot” series in one interview. Whether it’s about training the likes of JBL, the Dudley Boyz, Terry Taylor, Harlem Heat, R-Truth, and many more, or why he never won any major singles titles in JCP, Manny Fernandez is honest, genuine, and hilarious. In other words, the real deal!

Whether as an old-school fan or a lover great road stories, it’s must-see and it’s must-own.

Pick up your copy of “YouShoot: Manny Fernandez” at KayfabeCommentaries.com.

You can stream it On Demand, download it to watch later, or get hold of the physical DVD right now!