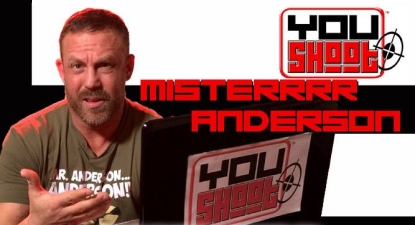 2016 was a banner year for Kayfabe Commentaries, the uncrowned king of the shoot interview — but if “YouShoot: Mr. Anderson” is any indication, 2017 may be even better.

“YouShoot”, for the uninitiated, is Kayfabe C.’s signature series in which the fans ask the questions. In each edition series host Sean Oliver sits down with a wrestling star to face the fans and have a little fun. In this edition Sean Oliver sits down with former WWE and TNA star Misteeeeeeeer Anderson to discuss such topics as “OVW”, “The Gimmick”, “Heat”, “Sex”, “And Drugs”, “Wisconsin”, “Hollywood”, “WWE”, “TNA”, “The Current Scene”, and much, much more. 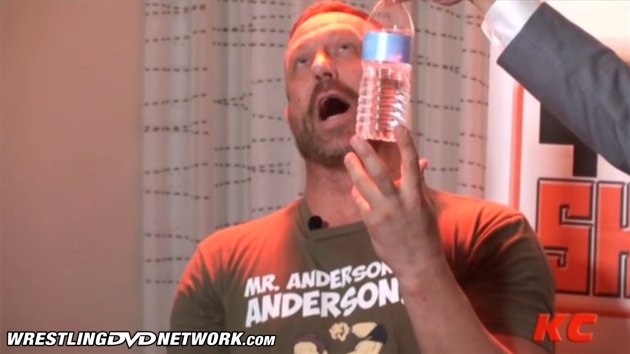 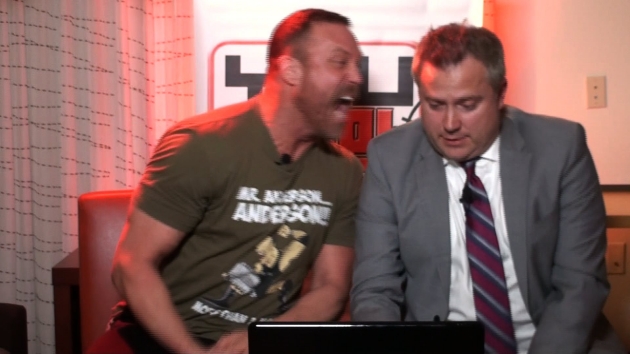 The interview begins with a humorous mock ring introduction before settling down to discuss just how Mr. Anderson got into professional wrestling. Anderson freely admits he was not a fan of pro wrestling growing up, and if not for a chance viewing of RAW at a friend’s house, where he first saw Stone Cold Steve Austin, Ken Anderson may not be a wrestler today. Anderson talks about his six and a half year journey to get from the independent scene to WWE’s developmental territory Ohio Valley Wrestling (OVW), including his time as an armed security guard at Point Beach Nuclear Power Plant. Anderson gives his thoughts on Jim Cornette, who was head of OVW when Anderson arrived, the difficulties in breaking out in OVW under Cornette, and how Paul Heyman was able to get Anderson out of OVW and on to WWE TV in less than 5 weeks!

Anderson’s gimmick is up next. Anderson talks about how the use of “Pour Some Sugar on Me” on the independent scene inspired his “Turn up the Trouble” theme, how Maria Kanellis inspired the “Mr. Kennedy” shtick, and if his in-ring character is anything like the real life Kenneth Anderson, an answer that may surprise some.

The story of how Ken Anderson got fired from WWE is naturally a big part of the interview and something that comes up time and again. Though Anderson strongly believes Randy Orton and John Cena conspired against him, Anderson also feels that his release was justified, that one misstep after another (talking about the Benoit tragedy, being one of the 11 linked to steroids in the summer of ’07, repeated injures) made Vince’s decision to release Anderson an easy call. 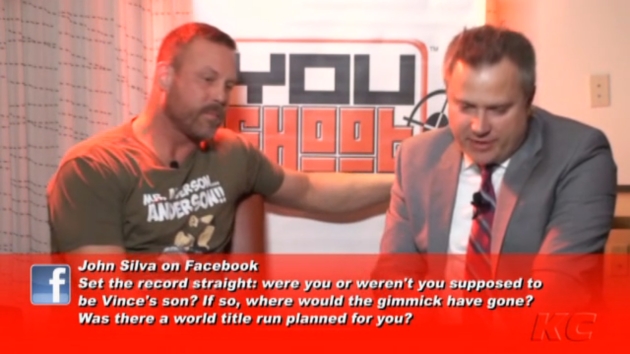 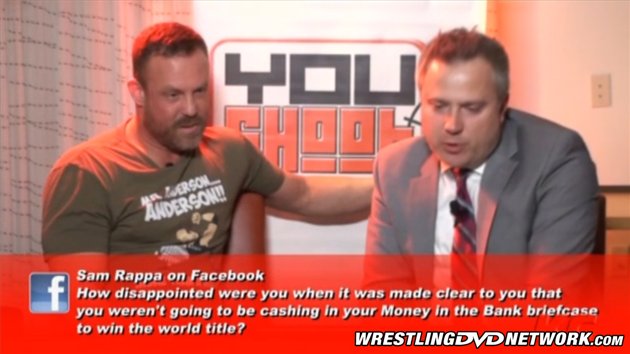 Those looking for the gritty dirt on the WWE locker room at the time aren’t going to find it here. While Anderson is open and direct, he measures his words carefully, not necessarily out of an abundance of caution so much as just thinking before he speaks (a novel idea in this day and age). We do, however, get insight into “wrestler’s court” in both WWE and TNA and how they differ, a couple of interesting Chris Benoit stories that are sure to add fuel to that never-ending tire fire, as well as stories of his time with The Undertaker, Hornswoggle, and Booker T.

One of the most interesting parts of the interview are Anderson’s thoughts on his run in TNA. Anderson gives his honest opinion of Dixie Carter, TNA’s biggest flaw, and pay issues which Anderson says only started after John Gaburick started with the company. Anderson also gives us his thoughts on the Dixie/Billy Corgan lawsuit and the “broken” Matt Hardy gimmick and storyline. Not surprisingly Anderson says he’s happy that TNA continues to find a way to limp along as it provides another place for guys to work, not understanding why any fan would want any promotion to fail.

Of course it wouldn’t be a “YouShoot” without games. While there is no “Ho Bag” this time around we do get two editions of “F, Marry, Kill” and the obligatory “What’s in the Bag”. Plus we finally get an answer to the infamous “YouShoot” question regrading a certain part of a certain “Animal’s” anatomy. 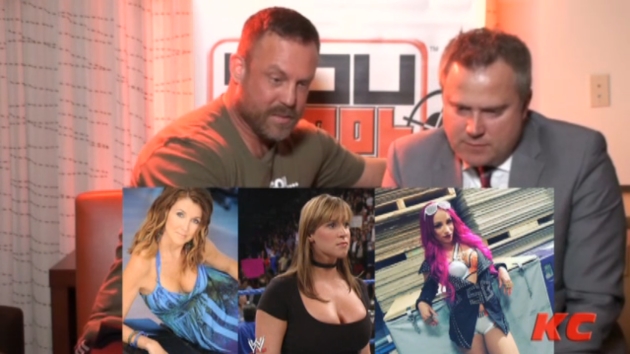 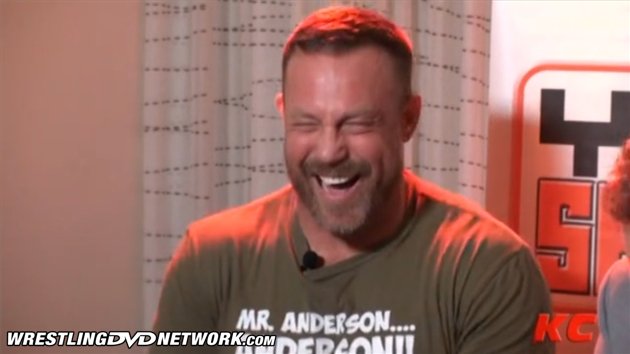 Along the way Mr. Anderson dishes on working with the likes of Jeff Hardy (including the infamous steel chair incident that left Anderson with a concussion and permanent lump), Rob Van Dam, Shawn Michaels, Eddie Guerrero, and Umaga, among others, as well as the WrestleMania 23 MITB and the shady circumstances that led to Edge getting the briefcase and Anderson not winning the World Heavyweight Championship. We also get a very funny segment detailing Anderson’s foray into WWE Films, a decision even he thinks was a rib!

The highlights of the interview, for me anyways, is when Mr. Anderson isn’t talking about wrestling at all but about his home state of Wisconsin, including where he grew up, joking about the “greatness” of the Green Bay Packers, and his thoughts on the Netflix docu-series “Making a Murder” and the damage it may have done to the community. It’s nice to hear these guys break out of their comfort zone and talk about their real lives and hometowns for a change, but that may just be me.

Clocking in at 1 hour and 41 minutes, “YouShoot: Mr. Anderson” is a unique, fun, and entertaining addition to the series that’s sure to make you laugh, and make you mad too. Whether you’re a fan of WWE, TNA, “Mr. Kennedy”, or just Kayfabe C., this one’s a must-see!

Go grab your copy of “YouShoot: Mr. Anderson” at KayfabeCommentaries.com.

You can stream it instantly, download it to your device for later, or get the physical DVD right now!