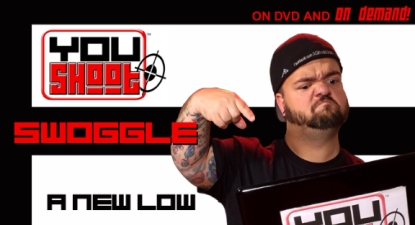 “YouShoot”, for the uninitiated, features wrestling stars sitting down to answer fan-submitted questions. The interview is broken into chapters and absolutely nothing is off limits. Here, Sean Oliver chats with the “King of Small Style”, the man, the myth, the midget, Dylan Postl to discuss such topics as “The ‘M’ Word”, “Heat”, “Sex & Drugs”, “Muppets”, “WWE”, and more. 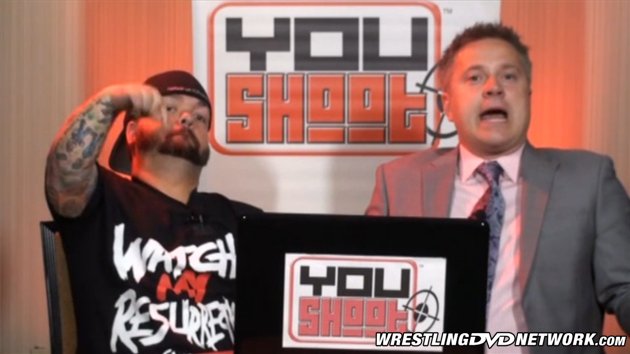 When I first heard this interview was being taped my interest was immediately piqued. As “Little Bastard” and “Hornswoggle” Postl spent a decade in WWE, debuting when the company was still TV-14. I was interested to hear Postl’s memories of his time with the company and, of course, some funny stories. I was not disappointed.

This may be one of the most unique “YouShoot” interviews yet. As we learn through the course of the interview, Sean Oliver was the fourth person “Swoggle” texted upon learning of his release on May 6, 2016. Postl is a huge Kayfabe Commentaries fan, and it shows, as Postl is familiar with many of the usual suspects who submit questions. In fact, some of “Swoggle’s” legit friends wrote in their own questions for some long distance ribbing, a source of continual humor throughout. 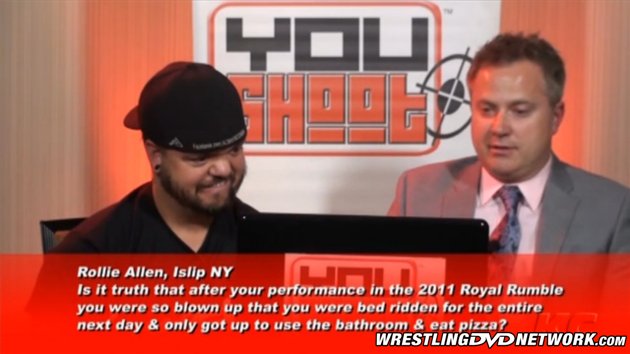 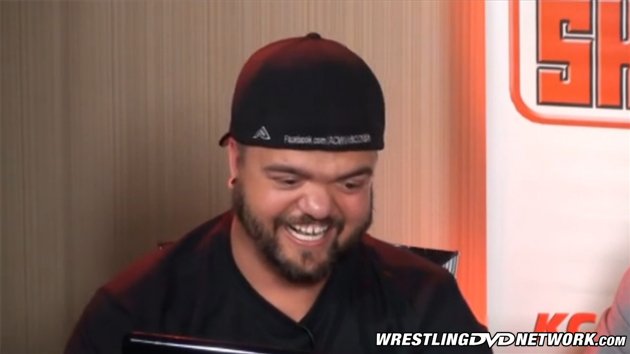 In the DVD we learn a lot about Dylan Postl the person, like when Postl first noticed he wasn’t like the other kids and how his parents dealt with it. A self-described bully, Dylan talks about using bullying as a way of beating other would-be bullies to the punch. Dylan even opens about why he believes his height is a blessing, saying in part, “When they’re looking for a guy like me, I’m the one they call. When they’re looking for a guy like Brian [Myers] they can call 87 people.”

But Postl also dishes on his time in WWE, going over everything from debuting with Fit Finlay (who came up with the gimmick), the locker room’s thoughts on JBL and Cole as announcers, heat with Brodus Clay and CM Punk, and the infamous (and hilarious) story of The Rock mistaking Dylan for a Make-A-Wish kid following Rock’s February 14, 2011 RAW return. 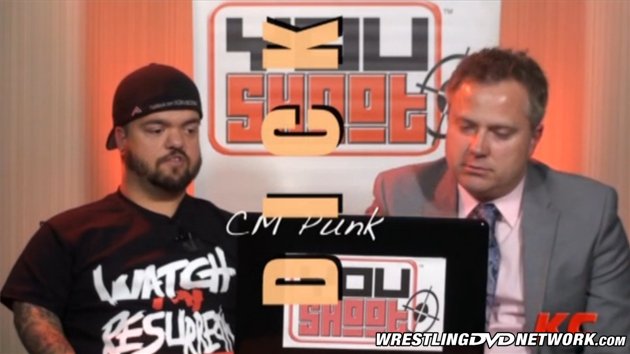 “Swoggle” is open and honest, but not mean. Many fans may be disappointed in the fact that he doesn’t burn every bridge with WWE and trash everyone, but that’s not what this “YouShoot” is. Yes, you’ll learn a lot about WWE and what it was like to work there, who was nice and who wasn’t and the like, but Postl doesn’t use the interview as an excuse to bury anyone. Instead Dylan takes advantage of the opportunity to connect with fans and have a good time doing it.

As with every “YouShoot” there are a series of games sprinkled throughout the interview. There are two “F—, Marry, Kill” games, one involving the women of WWE and another “all little people” edition. Other games include “How Do You Measure Up?”, the classic “Ho Bag”, and the return of “What a D*ck”, featuring more than 40 past and present WWE names. 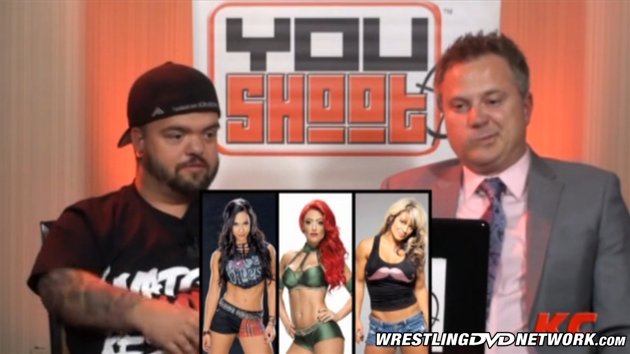 Along the way Postl talks about his funniest interaction with Vince, a pair of ribs Fit Finlay played on him involving a large dog and $400 tennis balls, what wrestlers terrified him as a kid, who the worst RAW guest host was, how the Leprechaun: Origins movie came to be, and why he staged falling down the stairs at Brian Myers’ wedding.

And of course Dylan discusses the biggest moments of his WWE run, including the WrestleMania 23 Money in the Bank Ladder Match, the “Little People’s Court”, working with Fit Finlay, being Vince’s bastard son (including The Sandman’s infamous flub), the true story behind the reveal of the “Anonymous RAW GM” (and Vince’s reaction to the segment), and Postl’s thoughts on the classic “Wee-LC Match” with El Torito to name a few.

For those looking for the nitty-gritty inside-baseball of WWE, though, you won’t get that here. Dylan sticks to what he knows and very rarely veers off course. There is little in the way of insight to how WWE works today or how it has changed since he debuted. It being “YouShoot” you’re not going to get a serious RF Video-style shoot interview, either. With questions generated by fans there is little in the way of rhyme or reason. So, if that’s what you’re looking for, this DVD is not for you. 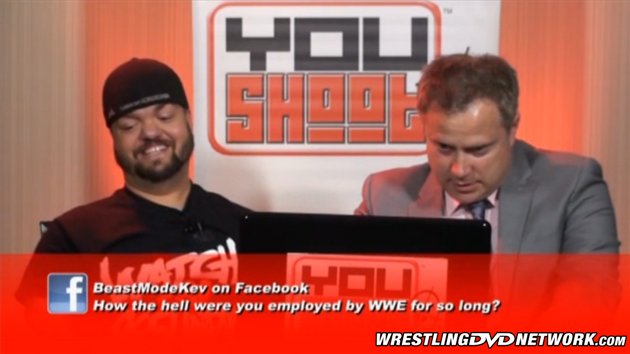 However, if you’re looking for a great way to spend and hour and forty minutes, have a ton of laughs, and learn a bit about what makes a wrestler tick, this DVD is must have! Packed with over 100 questions this is as close to perfect, in my opinion, as the series gets. If you’ve never these or have been on the fence in the past, this is a great place to start. “YouShoot” has been on a bit of a roll lately with great releases featuring Scott Hall, Vampiro, RVD and Joey Ryan, and that trend is most definitely kept up here.

You can stream it instantly On Demand or get the DVD as a standard or special Signature Edition.