Thanks to Jason McGinnis for contributing to this article. 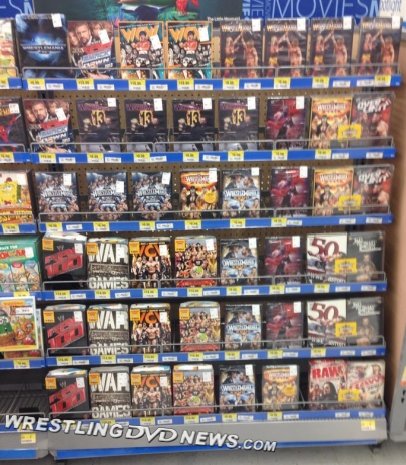 As mentioned, there are “Road to WrestleMania” WWE DVD promotions planned to hit stores this month. A new sale is beginning now at participating Walmart stores.

This first one at Walmart is in essence a $9.96 sale on various WWE DVD titles, along with two new types of exclusive packs. Tagged along also are the new WCW Greatest PPV Matches DVD and The Best of RAW and Smackdown 2013 at the usual pricing of $19.96. 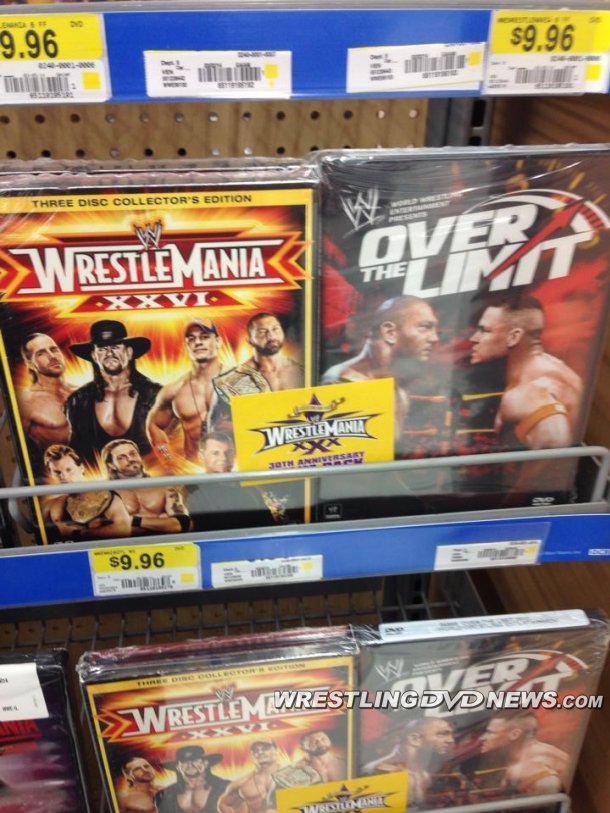 The $9.96 deals include selected WrestleMania DVDs. 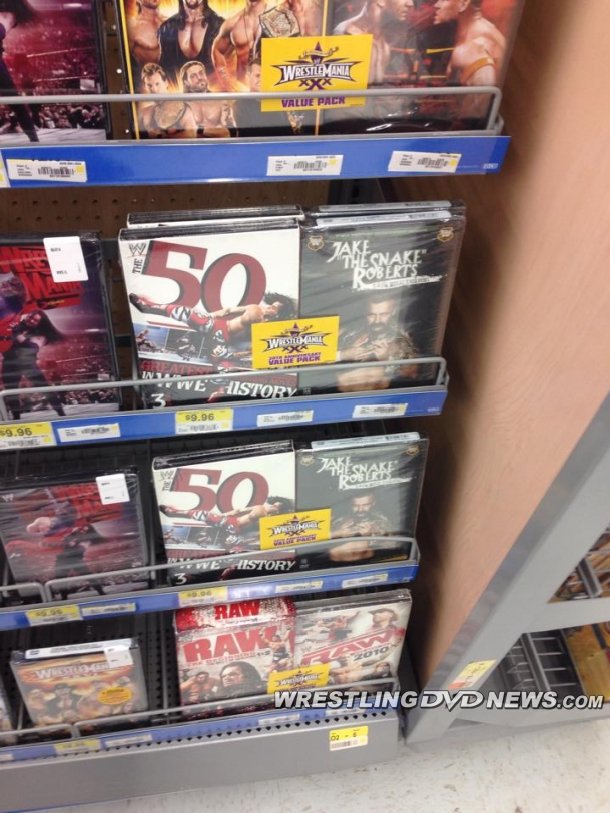 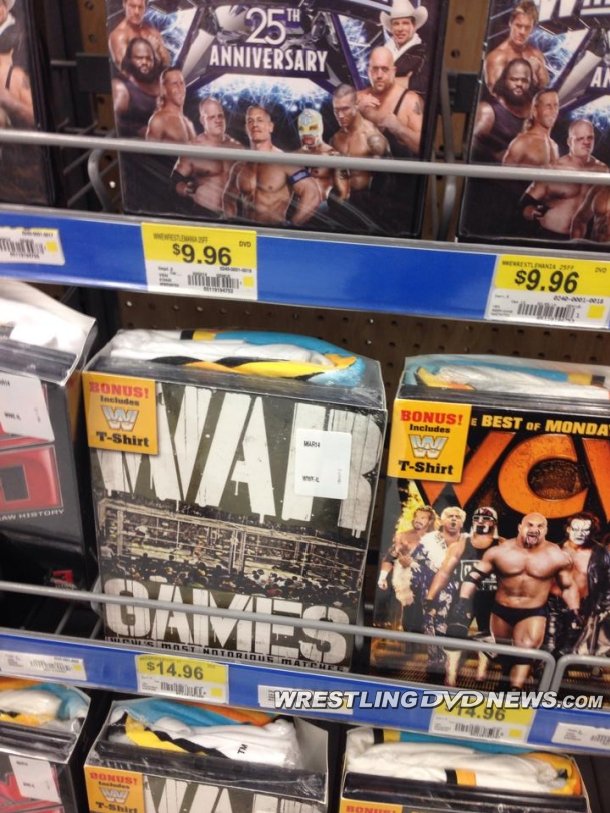 YouTube personality “Gemni888” uploaded this discussion video in which he debates whether or not the magic of WWE DVD and Blu-ray collecting has now been lost with the launch of the WWE Network. In particular, the new WCW Greatest Pay-Per-Views Matches DVD is a talking point here since the Network has all WCW PPV events available to stream.

Speaking of the WWE Network, the latest “WrestleMania Rewind” episode now has an extra segment. It was uploaded to WWE’s YouTube channel and features new interview footage with Hulk Hogan talking about Andre the Giant’s life and career.

WDN reader Skeet Ramsey sends word that he’s auctioning off all of these rare, out-of-print WWF DVDs pictured below. They are listed individually here on eBay.com and have opening bids of only $0.99 each. “Undertaker – The Phenom” is one to pay attention to! 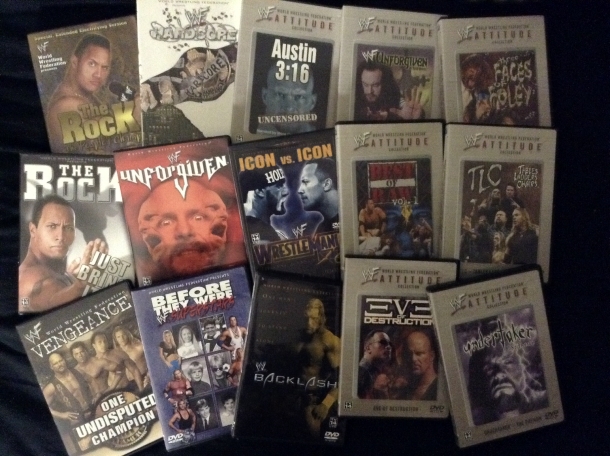