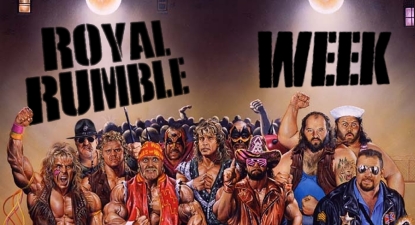 Don’t get thrown over the top rope – RUMBLE WEEK is about to continue!

Rumble what? We’re revealing content WWE has planned for “The True Story of Royal Rumble” on DVD and Blu-ray. We know it will have a documentary, we know it will include around 20 extras, but this week we find out the specifics of exactly what we’re going to get.

The first content, revealed here at WDN yesterday, featured a Royal Rumble match in its entirety and judging by our second day of content teasers it won’t be the only one on the set! We can also confirm two Championship matches today and a non-PPV, 15-man Royal Rumble match too.

Remember, this special week will culminate in the FULL content listing! Don’t miss a thing – sign up to our free email alerts by clicking here or enter your email address in the box below:

With the next WWE Home Video release still 2 weeks away (SummerSlam on October 4th) we look to TNA Wrestling who have gotten back in the DVD business somewhat as of late!

Since our recent update on TNA’s new Slammiversary 2016 DVD, the company put out a few more titles on their official shop site, one of which is pictured below with thanks to WDN reader “JTwoH” — “One Night Only: Rivals 2015”. 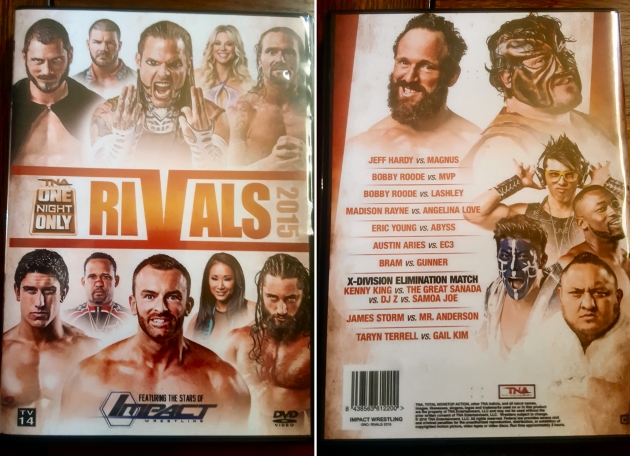 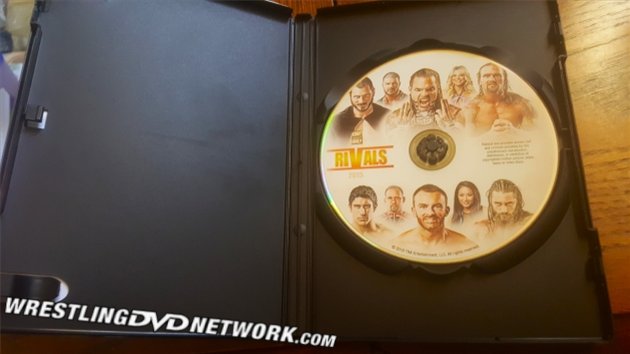 Kayfabe Commentaries have confirmed that the last entry in their Timeline ECW series, “Timeline: The History of ECW – 1992/1993”, will have a total runtime of more than 3 hours!

It’s slated to be released next month as double-disc DVD set and there will also be a Signature Edition available. That signature will belong to Tod Gordon, founder of ECW, who was brought in to be interviewed for the series finale at the site of the old ECW Arena in Philadelphia. 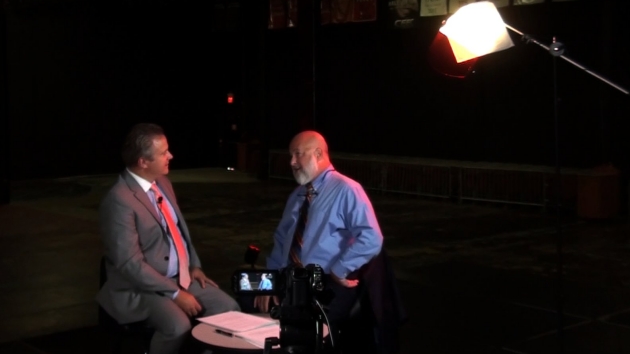 TODAY ONLY: Heads up – one of WWEShop.com‘s best money off codes is back…

Today only, be sure to use promo code “SAVE25” to take a 25% chunk off the price of any order!

TODAY ONLY: Click here to get 25% OFF at WWEShop.com…

Speaking of TNA DVDs earlier, get a look at this big lot of 71 wrestling DVDs ending on eBay tonight which contains a number of them, in addition to ROH DVDs, rare WWF DVDs and some Blu-rays! 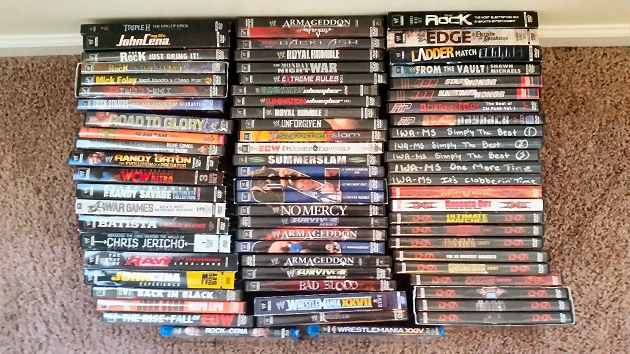 Another eBay seller is also auctioning off a ton of TNA DVDs cheap today, including these…