As mentioned on the site previously, the WrestleMania 3 Andre the Giant vs. Hulk Hogan match featured on the new “History of WWE” DVD/Blu-ray is shown from a new angle – strictly from the arena camera, also with no commentary present.

We have heard from a reliable source that one reason (the major reason) for the match being shown only from the “hard cam” point of view pertains to former ring announcer Mel Phillips. If you are not aware, Mel Phillips was involved in one of the sex scandals plaguing the WWF in the early ’90s. It was alleged he harassed underage boys on the ring crew.

Rumor has it that one alleged victim is still a fan of the WWE product to this day and claims to suffer “flashbacks” when seeing Phillips again in old footage, and has gone as far as to threaten a lawsuit against WWE if it isn’t changed for future presentations. Phillips was sitting at ringside during the WrestleMania 3 event and it is suggested that it is for this reason that WWE switched to the arena camera for that match on the new DVD.

Although this news reaches us from what we consider to be a reliable source, it is purely rumor at this time. WrestlingDVDNews.com can neither confirm nor deny the rumor.

In counter to the rumor, it is worth noting that Mel Phillips was shown in footage contained on the Bret Hart “Dungeon Collection” DVD earlier this year. As for WWE muting the commentary on the match, this is most likely to remove Jesse Ventura’s audio. It could also be speculated that the “Arena Camera – No Commentary” format is simply a way to get around removing commentary from the match and market it with a positive slant. 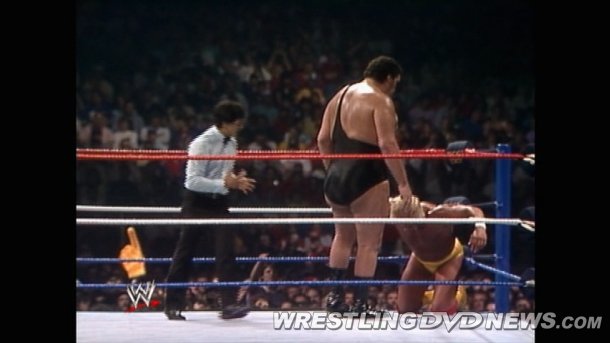 For a limited time the “History of WWE” DVD and Blu-ray in the UK and Europe will come with a free pack of Topps Superstar trading cards inside. It releases on December 2nd and you can pre-order your copy now over at WWEDVD.co.uk.

For those wondering, the UK version is packaged in the traditional “digipack” style which is usually not the case for most releases as of late. It also has paper inserts detailing the content listing of the DVD and more on the upcoming History of WWE book. Photos below. 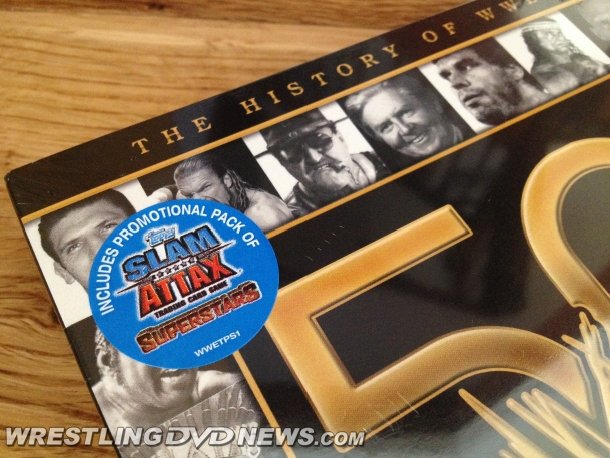 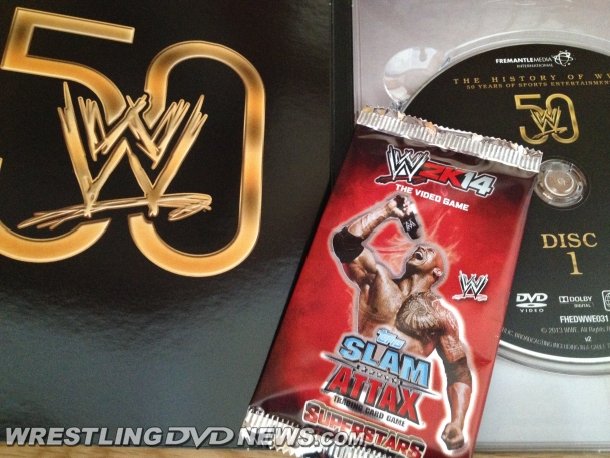 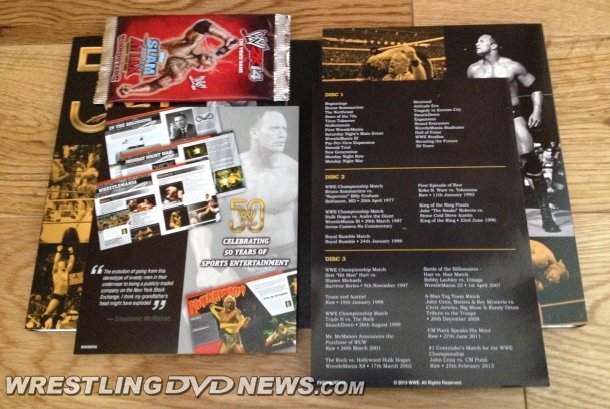 Hell in a Cell 2013 is the next WWE DVD to hit stores across the United States. It releases on Tuesday. Ernesto Guzman sends word of finding it already at K-Mart, priced at only $9.99. The price has also now been dropped to $9.99 here on Amazon.com. 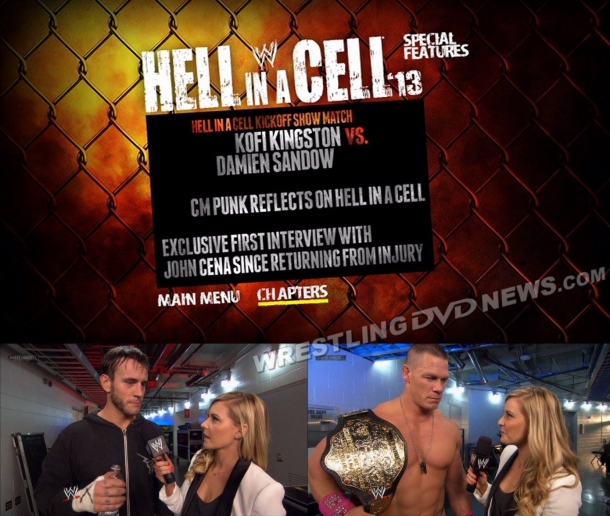 WWE will release their “Best Pay-Per-View Matches 2013” DVD to the United States on December 31st. The match listing for the set should be unveiled in the coming weeks.

Below is a new “3D” look at the official cover artwork, featuring CM Punk. 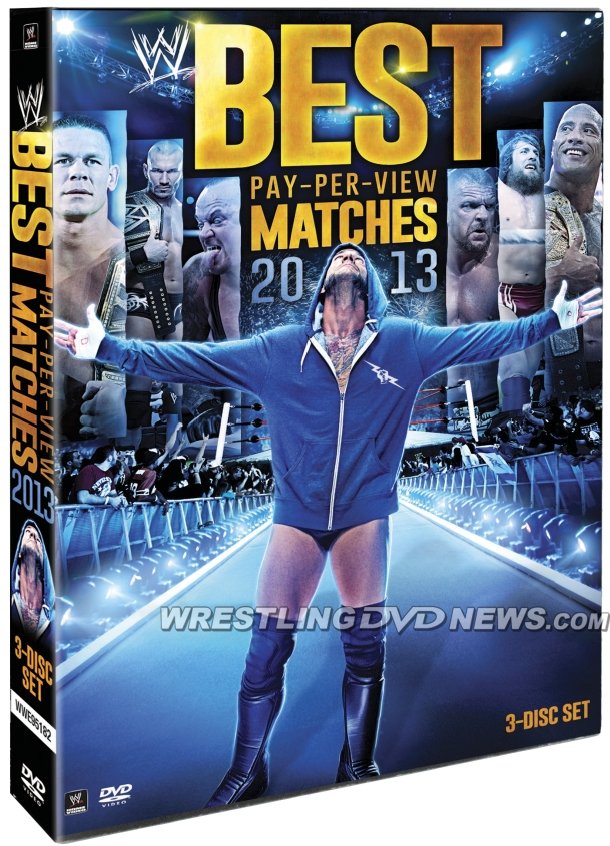 Speaking of new cover artwork, we can now exclusively reveal the cover for the TNA Bound for Glory 2013 DVD. This will be released by TNADVD.co.uk in January. 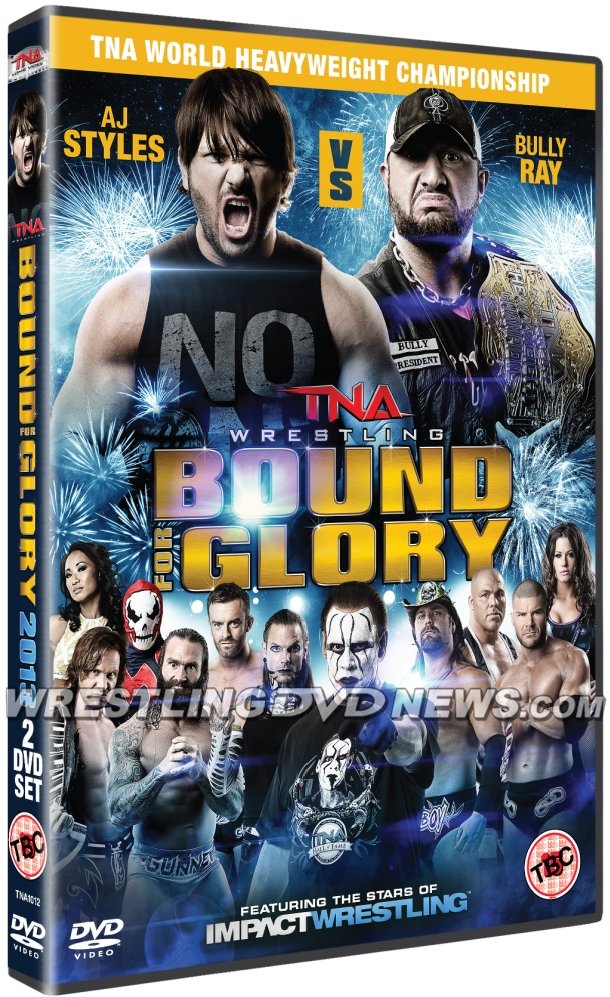 Our new code “WDVDNEWS” gives 20% off all purchases at TNADVD.co.uk (official UK licensee). Save a further 10% off when buying 3 or more TNA DVDs together! 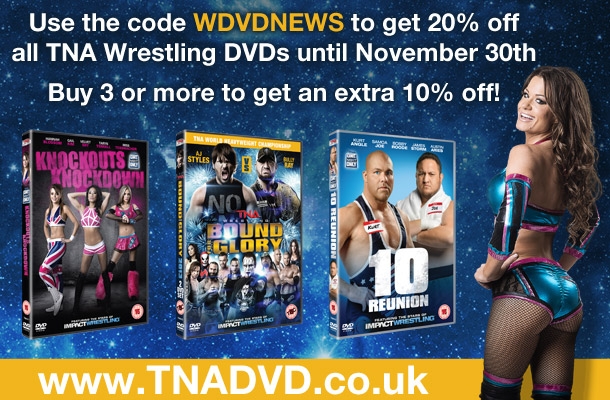 More deals for the UK fans! WWEDVD.co.uk are celebrating this Survivor Series PPV weekend by offering last year’s Survivor Series 2012 for only £8.99 on DVD or £9.99 on Blu-ray. That’s running for 1 week only (November 22nd to November 29th).