The following projects have been rumored through reports and rumblings this year, and can therefore be presented as possibilities for the 2015 WWE Home Video schedule.

– Bruno Sammartino was interviewed by WWE personnel back in June. The company has had a Sammartino DVD listed as an option in multiple surveys, one of which described the project as a “biography with new Hall of Fame footage, plus bonus matches”.

– Jerry Lawler was interviewed by WWE personnel the next month in July. If going ahead this would be expected to feature a documentary portion and a set of matches.

– Best of WCW Nitro Volume 3 and ECW Unreleased Volume 3 look to be all but confirmed for future WWE DVD releases after DDP last month announced himself as returning host of Nitro, and Joey Styles mentioned a follow up to the ECW series on his Twitter account.

– Chris Jericho has revealed a new DVD in the works for him, with new interview footage shot this month in New York, presumed to be with WWE. It’s already confirmed to be a match compilation which makes sense given that the first Y2J DVD was based around a documentary main feature. A Jericho DVD has also appeared on WWE surveys in the past.

If usual trends are followed, “Best of RAW & Smackdown 2014” could come early in the year.

“John Cena – Greatest Rivalries” has now been added here to WWEShop.com. Promo code “SD15” gives 15% off the price of the DVD or Blu-ray. The code expires after today.

Yesterday we brought you some first look photos of the Cena Blu-ray. WrestlingSuperStore have a first look at the DVD version, as you can see in the image below. 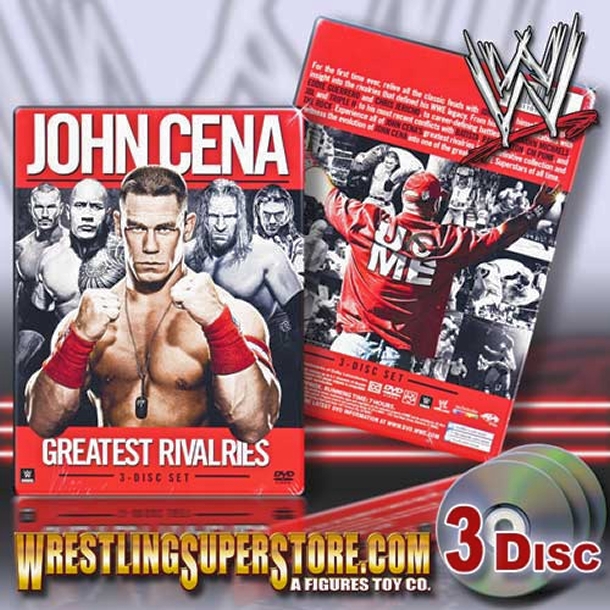 Check out a new preview clip below of “John Cena – Greatest Rivalries”, featuring Cena talking about what he learned from wrestling Eddie Guerrero over the years.

The clip was revealed by the official UK licensee WWEDVD.co.uk, where fans in the UK and Europe can pre-order the new Cena DVD or Blu-ray for Monday, October 20th.

“Brothers of Destruction”, the latest WWE DVD released, has a packaging error.

The approximate runtime is stated to be 3 hours when in fact the DVD content runs for about 1 hour and 30 minutes! The UK exclusive Blu-ray was 3 hours in length with extras. 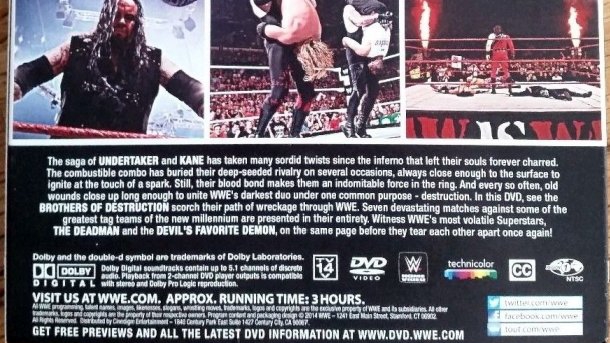 Today’s “Throwback Thursday” deal for fans in the UK and Europe is the “Batista: Animal Unleashed” DVD for only £14.99 or the Blu-ray edition for only £17.99.

Take advantage of the offer (today only), here at WWEDVD.co.uk. 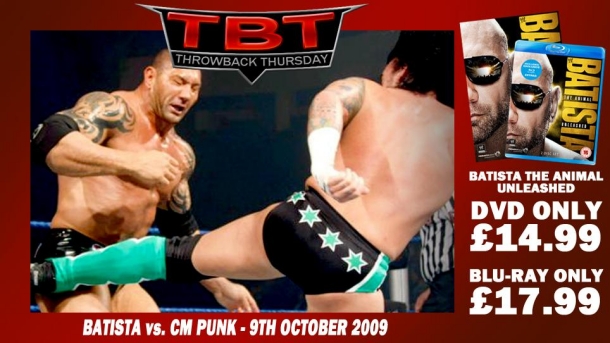 Look below for links to nearly 30 deals all to be had in eBay auctions that are expiring today and tomorrow. Included in the list are rare titles, Blu-rays and box sets! 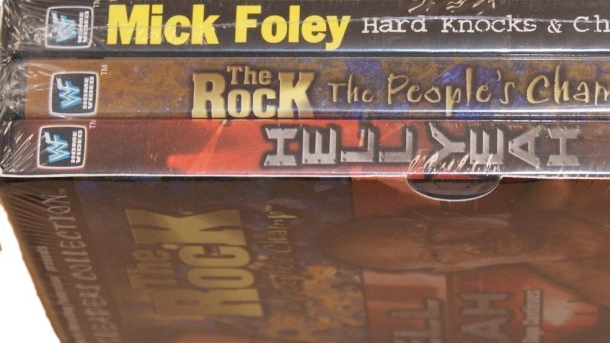