In case you’ve not been paying attention, the latest WWE Blu-ray – The Destruction of The Shield hits stores in the United States today!

It actually has been quite a few weeks since we’ve had a WWE Blu-ray (December’s “True Giants” was the last one!), so today, thanks to WDN reader Matt Edwards, we have these first look photos of the new Shield Blu-ray, a 2-disc set. 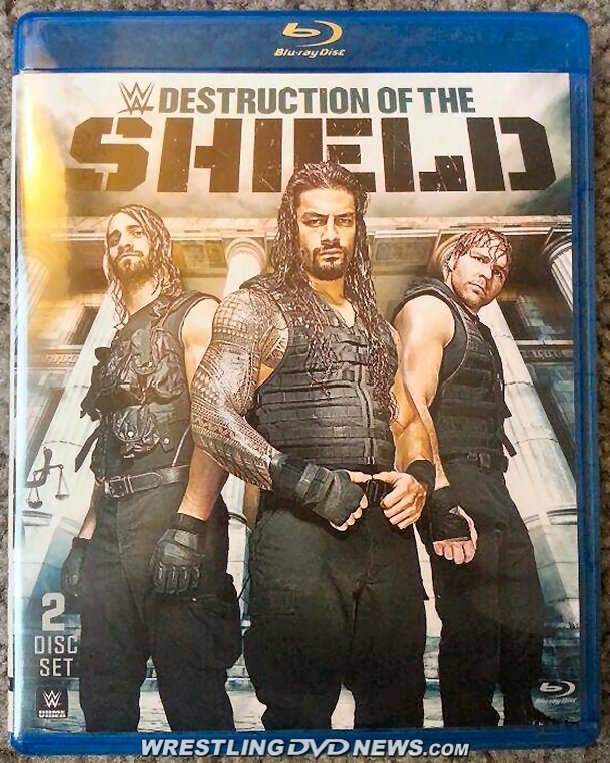 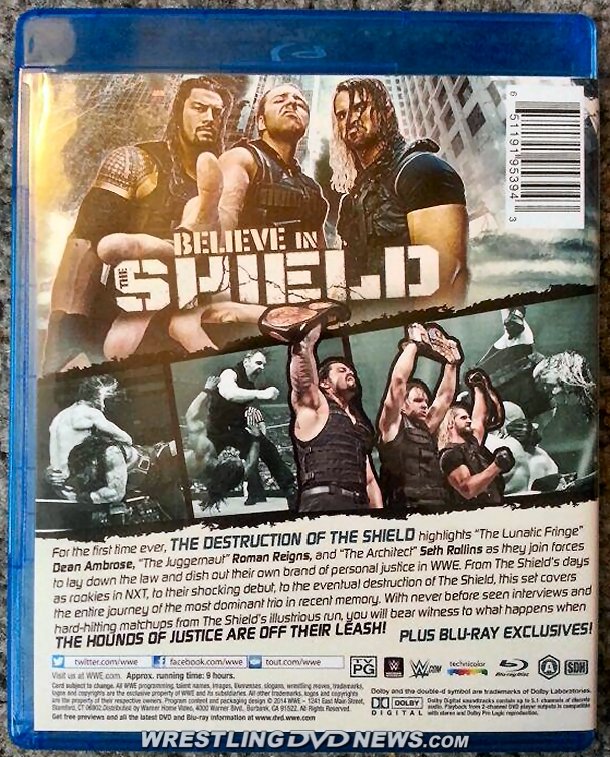 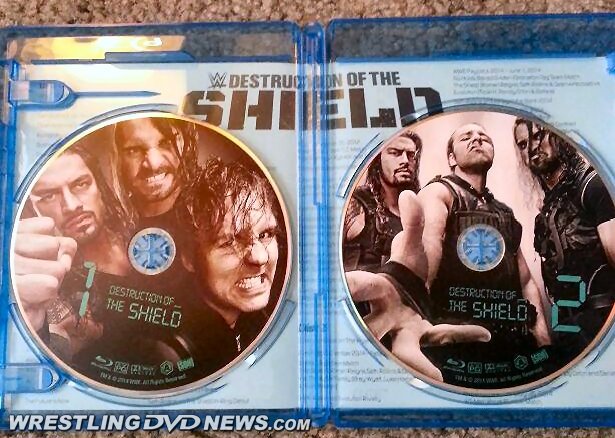 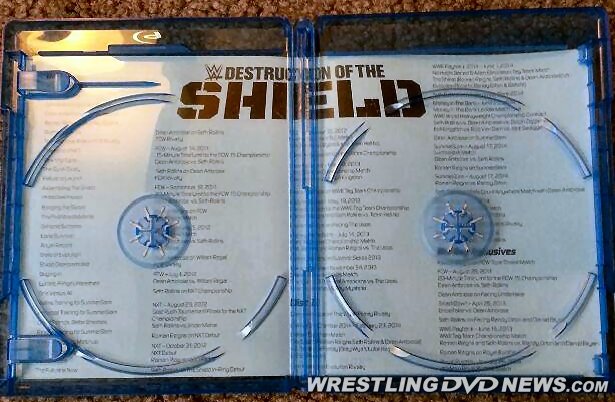 – Full Content of WWE “Destruction of The Shield” DVD & Blu-ray… 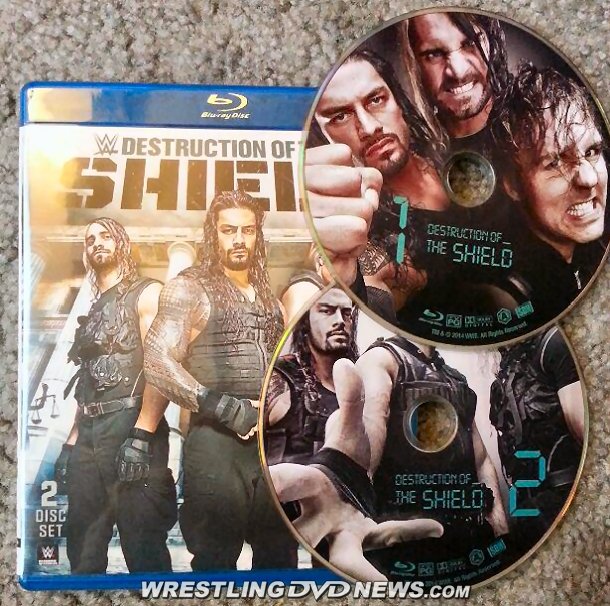 Get your WWE “Destruction of The Shield” DVD or Blu-ray…

– USA: AVAILABLE NOW! Get yours now, here on Amazon.com.

Maybe you haven’t quite decided to pick up the “Destruction of The Shield” DVD/Blu-ray yet? If you’re a WWE Network subscriber you can get another look at the documentary portion with the latest “First Look” feature which was added after RAW this week.

This first look is thirty minutes of highlights from the Destruction of the Shield documentary. Included within the feature are several of the extended and additional scenes which weren’t originally included in the WWE Network feature. — Yes, this left us scratching our heads too. The original cut of the documentary is already on the WWE Network, so we at WDN HQ expected the first look to feature matches and the introductory segments from the DVD, but WWE opted to go in a different direction.

If you’re not WWE Network subscriber… February Free is still ongoing (plus you’ll get to see this weekend’s Fast Lane PPV too). Check out the WWE Network now…