A countdown clock has mysteriously been added to the official website for WWE DVD and Blu-ray releases in the United Kingdom.

The clock runs out mere hours after this year’s SummerSlam.

We say it’s bound to involve some new pre-orders as it’s about that time we heard an announcement on new WWE DVDs for 2020. Who’s excited?!

WWE’s new “Best Main Events of the Decade: 2010-2020” just released this week! The 2-disc set is the first WWE DVD title of the year that isn’t one of the standard monthly Pay-Per-Views.

It released on Monday to fans in the UK:

And yesterday to fans across the United States:

Let’s take a closer look! You can grab your copy of the “Best Main Events of the Decade: 2010-2020” DVD by clicking here to Amazon.com, or if you’re in the UK, here on Amazon.co.uk. 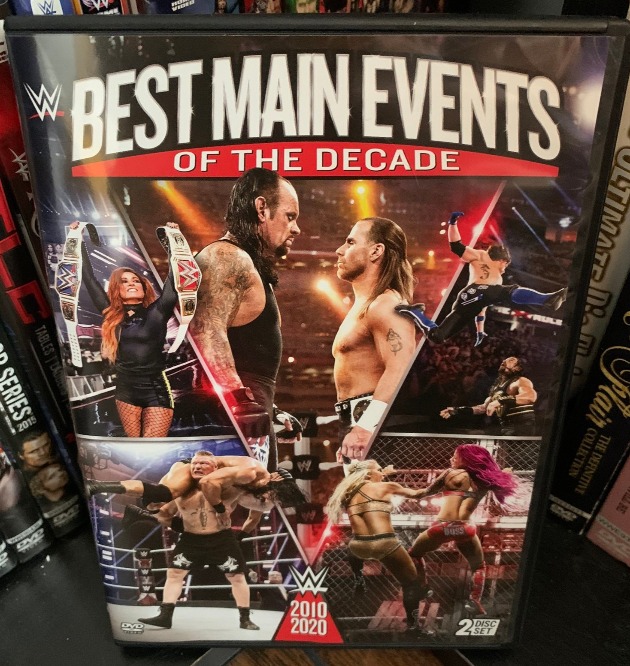 Finally, another “non-PPV” release is here, which could easily have not happened if WWE held steady on their initial decision to make the 2020 WWE Home Video schedule PPVs only.

This 6-hour collection presents the greatest matches of the past decade — 12 selections beginning with the “Streak vs. Career” Undertaker vs. Shawn Michaels match from WrestleMania 26, and ending with the WWE Championship contest between Drew McIntyre and Brock Lesnar from WrestleMania 36. There’s even a CM Punk appearance, with the inclusion of his unforgettable match with John Cena from Money in the Bank 2011.

Thanks goes out to WrestlingDVDNetwork.com reader TheDVDFreak for these first look photos. 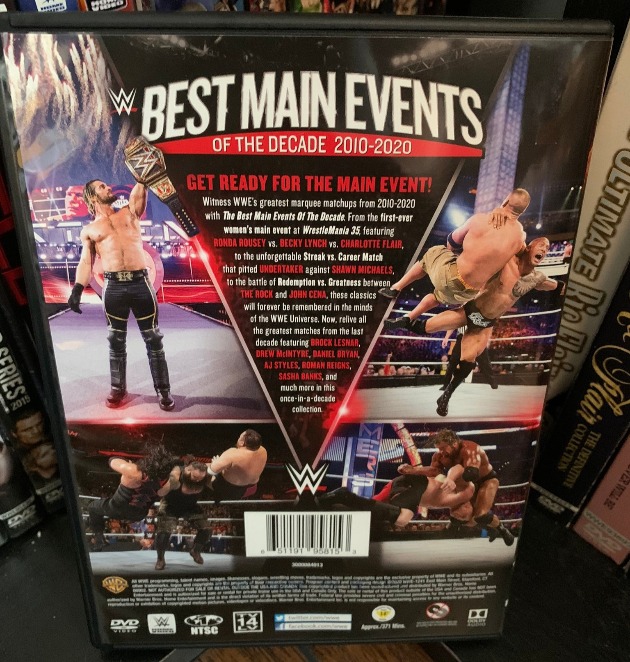 Get ready for the main event!

Witness WWE’s greatest marquee matchups from 2010-2020 with The Best Main Events of the Decade. From the first-ever women’s main event at WrestleMania 35, featuring Ronda Rousey vs. Becky Lynch vs. Charlotte Flair, to the unforgettable Streak vs. Career Match that pitted Undertaker against Shawn Michaels, to the battle of Redemption vs. Greatness between The Rock and John Cena, these classics will forever be remembered in the minds of the WWE Universe. 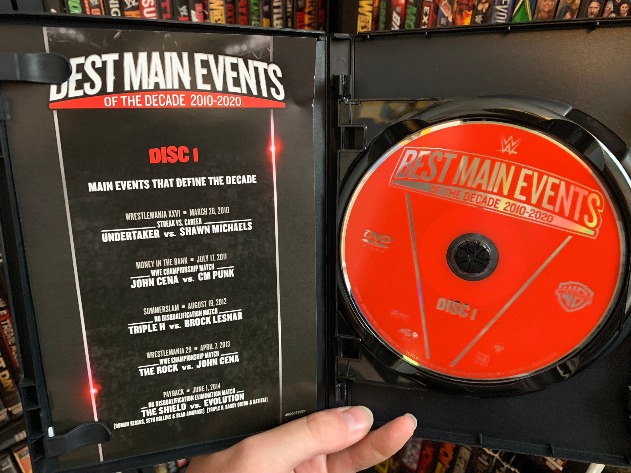 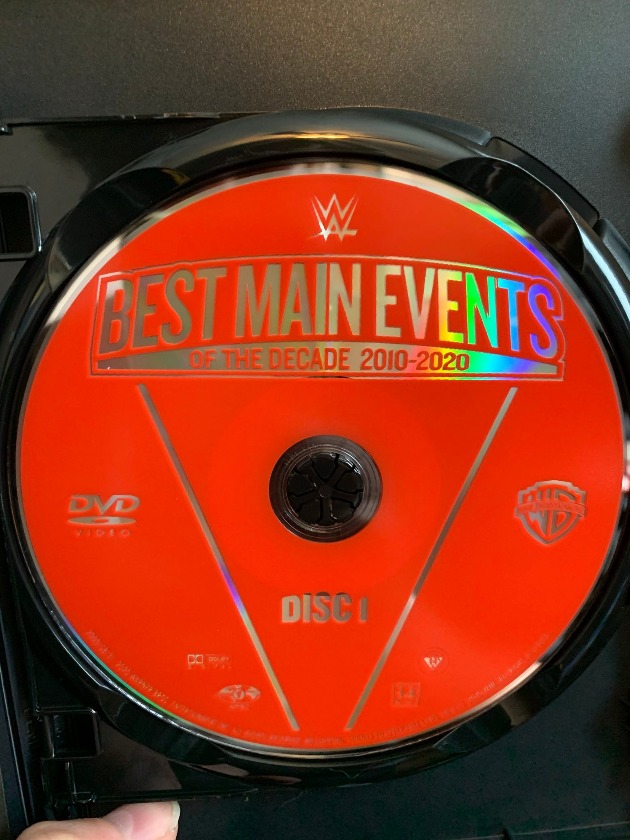 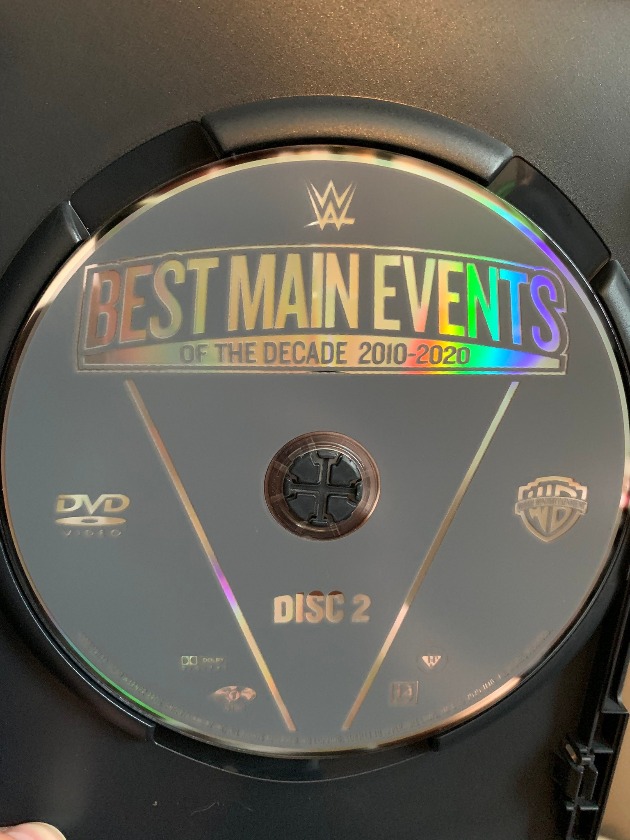 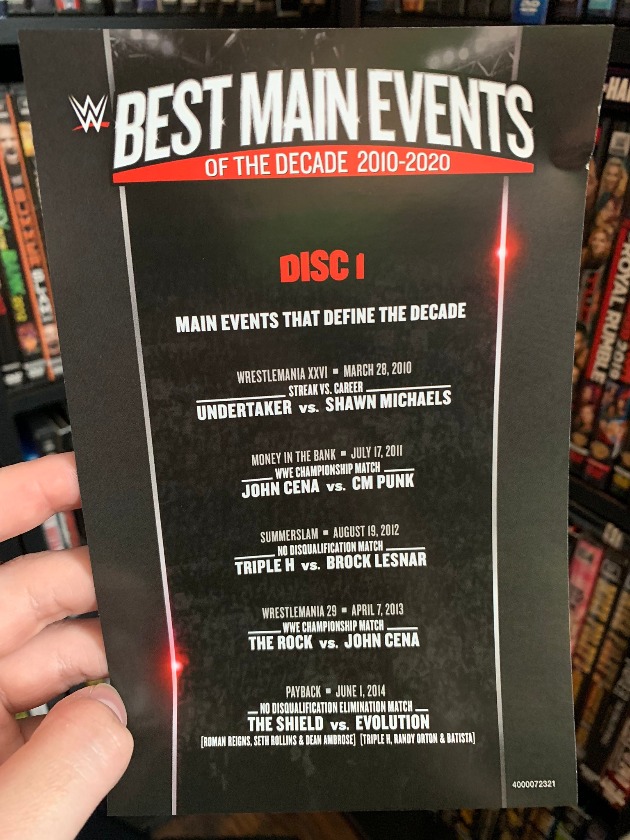 – UK/Europe: RIGHT NOW! Get your “Best Main Events” DVD over on Amazon.co.uk. 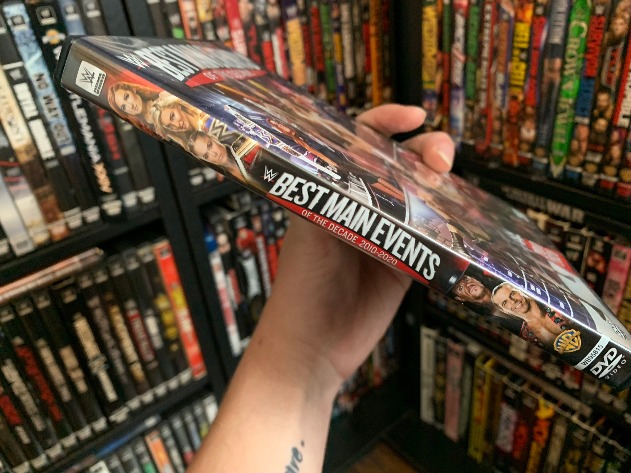