STING WEEK: Last Reveals for ‘Sting: Into The Light’, $2 WWE DVDs This Weekend

It’s the last day of our exclusive reveal week for the “STING: Into The Light” DVD/Blu-ray!

Missed any of it? Then check out everything revealed at this link: STING WEEK.

Sting’s early career is once again the focus of today’s content reveals with matches coming to you from Clash of the Champions, WCW/New Japan SuperShow, and WCW Saturday Night. 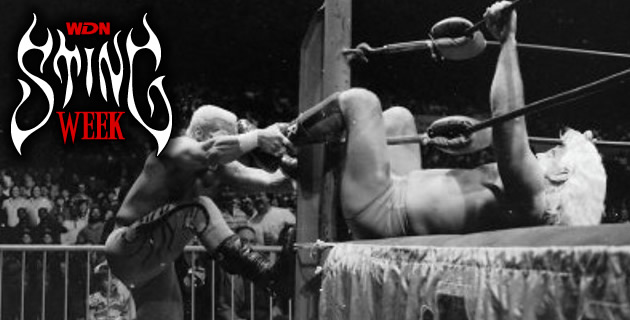 “STING: Into The Light” will feature a documentary portion, over 15 career-spanning matches, and additional extras on top. The DVD and Blu-ray will be released on October 13th to the US. As of last word, it’s also scheduled to be released in October to the UK, Europe and Australia.

Look out for the FULL content listing here on WrestlingDVDNetwork.com next week!

WWE is running a “40% off sale prices” sale this weekend, here at WWEShop.com.

These six WWE DVD/Blu-ray titles (pictured below) are all on sale for $3.99 each – but by entering promo code “SALE40” at checkout you can get their prices down to only $2.39 each!

Be sure to take advantage of these low prices before the sale expires on Sunday night. 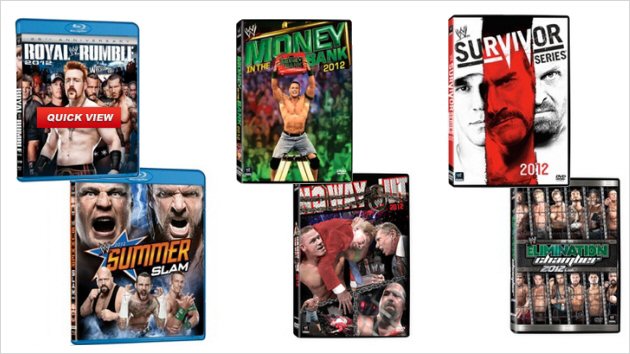 Best Buy has the next incoming WWE DVD, “THE KLIQ RULES”, on sale for only $17.99 and the Blu-ray on sale for $22.99. As noted, the title officially releases this coming Tuesday.

Speaking of Best Buy, for reasons unknown they have made “The Very Best of WCW Nitro Vol. 3” DVD/Blu-ray unavailable to pre-order, while other new titles remain unaffected. Naturally this raises speculation that the removal could be related to the Hulk Hogan situation, since he is featured in the content. It may simply be a coincidence or it could be part of a developing story.

At the time of writing, Amazon and other retailers still have Nitro Vol. 3 available to buy. 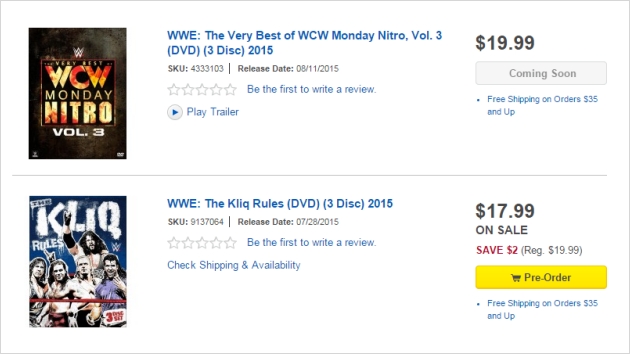