We’re pleased to announce the winners of our latest giveaway – congratulations to Zach Strand and Adam Walker!

You both get your choice of any WWE DVD or Blu-ray from the list below, and you’ve been contacted earlier today via Facebook message to confirm.

Check out this new advert for The Best of Raw & Smackdown 2012, featuring Damien Sandow. This is found in the February 2013 edition of WWE Magazine. Thanks to Cesar Albino for passing it on!

The DVD and Blu-ray drop January 29th and you can pre-order yours by clicking here. 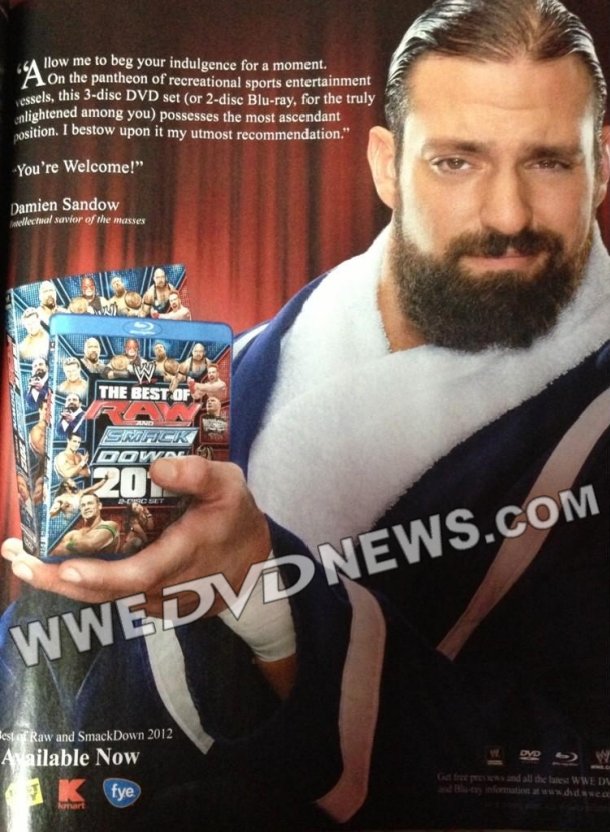 There will be a Best Buy exclusive version of the Best of WCW Monday Nitro Vol. 2 DVD next month, according to BestBuy.com where it is now listed for pre-order. Thanks to Dennis Reardon for passing along this news.

No word yet what it will contain, but you may recall the original Very Best of Nitro DVD had an FYE exclusive edition which contained extra footage on one of the discs.

Also listed on BestBuy.com is an exclusive Blu-ray version of Elimination Chamber 2013, so it looks like Best Buy exclusive PPV Blu-rays are returning this year.

Last month we let you know that new stocks of the tricky to find 2-Disc Self Destruction of the Ultimate Warrior DVD and 4-Disc Walmart exclusive Raw 15th Anniversary DVD were being found in FYE stores. We can confirm through WWEDVDNews reader Reggie that FYE found old stock of a large number of 2003-2005 WWE DVD releases when auditing a warehouse and decided sell them at $6.99 each.

Other titles being found in stores as a result of this are Before They Were Superstars 2 (with Undertaker figurine attached), the “thick” FYE version of the Bret Hart DVD which includes a skullcap, and the FYE exclusive SummerSlam tins. 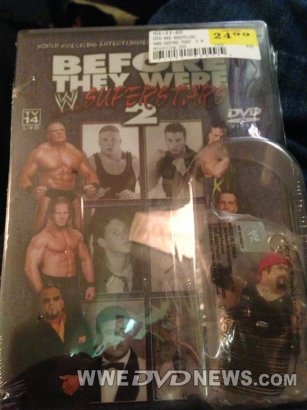 WWEShop.com has a big DVD sale on, including Knucklehead on Blu-ray for only 99 cents!

The WrestleMania 24 DVD and Blu-ray are back up for sale on WWEShop. You may recall they were removed due to a lawsuit filed against Floyd Mayweather Jr. and WWE over the usage of Mayweather’s entrance theme at Wrestlemania 24. Several months back the lawsuit was dismissed in court, which means they are again free to produce and sell the title.

Information available from the Australian distributor (WWEDVD.com.au) reveals three WrestleMania 29 DVD editions planned for that market. A 3-Disc Collector’s Edition, 2-Disc, and a Limited Edition version. A Blu-ray edition is also a given for release.

Speaking of Shock Australia, they have a Blu-ray sale going on over here.