FYE have offered a store exclusive with dog tags each year since the WrestleMania 26 DVD. Last year for the WrestleMania 29 release, they also did so with the Blu-ray edition for the first time to date. Thanks to Derek for sending word of this news. 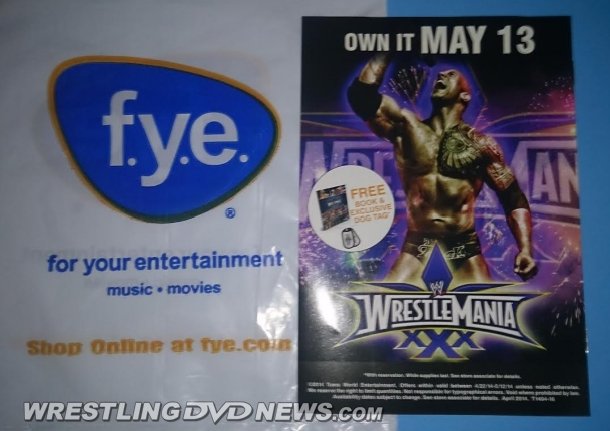 This time last week, speculation mounted that WWE are finally producing a Sting DVD. It was listed for September pre-order on Zavvi, a UK retail site. Now, a listing for the DVD and Blu-ray has this week also been added to Amazon UK.

Should the project be going ahead (the most likely scenario) we expect to have more solid details, and to see it go up on US based sites, in the coming weeks.

Also rumored last week was “Ladies and Gentlemen, My Name is Paul Heyman” as the working title for the new Heyman documentary set. We’re now seeing this title listed on additional overseas schedules so that does look to be the planned name for now.

Here’s a video preview of “Mickie James: All Access“, a new 2-disc DVD released over at Highspots.com. In the clip, Mickie talks about Vince McMahon being furious with her immediately following the match with Trish Stratus at WrestleMania 22.

A reminder that until May 26th (or while stocks last) there’s a big $5 sale running on 100 wrestling DVDs! Below is a list of over 30 WWE titles included in that promotion.

Go here to Highspots.com and find the $5 DVD banner to see all titles on sale.

The new “Best of RAW – After the Show” DVD/Blu-ray hit stores this past Tuesday (you can get yours from $19.96 by clicking here). All in all, the full Blu-ray package contains just over 8 hours of “dark” off-air segments and matches from over the years.

Pictured below is the UK and Europe’s version of the new DVD and Blu-ray. These will be officially released this coming Monday here at WWEDVD.co.uk. 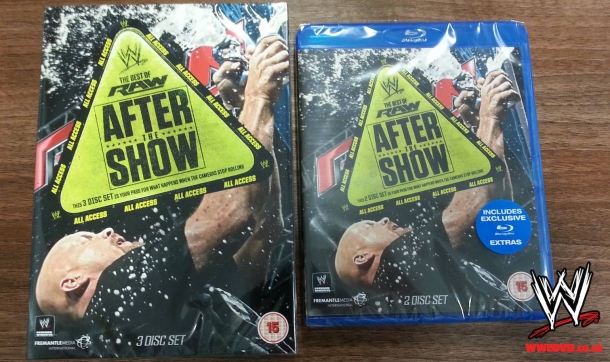 Below are links to 4 cheap WWE Blu-rays ending today on eBay, plus 4 noteworthy and rare WWF DVDs also being auctioned off today. Grab ’em quick.