This past weekend was a slower one in terms of WWE Network updates. Late Thursday after a day long Roddy Piper marathon for “Throwback Thursday”, the WWE debuted its newest series “Table For 3”. Beyond that, it was the standard weekend of uploads with the latest Superstars, This Week In WWE, and some recent archived episodes of SmackDown and Main Event.

Looking ahead, this week sounds fairly promising. As seen on the WWE Network Schedule, new content is dropping including a brand new edition of First Look; this time for “The Very Best of WCW Nitro Vol. 3” with Diamond Dallas Page. Additionally, a special on the upcoming Undertaker and Brock Lesnar match at SummerSlam will be airing after RAW, which means the planned episode of Swerved with The Boogeyman has presumably been bumped to a later date.

The most newsworthy content on the way is of course the classic shows on the schedule, with the obvious stand out being two different episodes of WCW Nitro from 1997 and 1998 respectively, both planned to be shown on the live schedule this Thursday. Could this mean we’re about to get two years of Nitro along with the two years of RAW we just received?

Then, what may be less known but is still interesting, another episode of Prime Time Wrestling is scheduled for Tuesday at 4:06 AM. The last time a Prime Time Wrestling episode aired in that timeslot, it was never uploaded afterwards and there was no mention of it again! It will be interesting to see if it was a one time mistake or if they are continuing this process. With that said, enough about what’s to come and let’s look at what is new and available to watch right now: 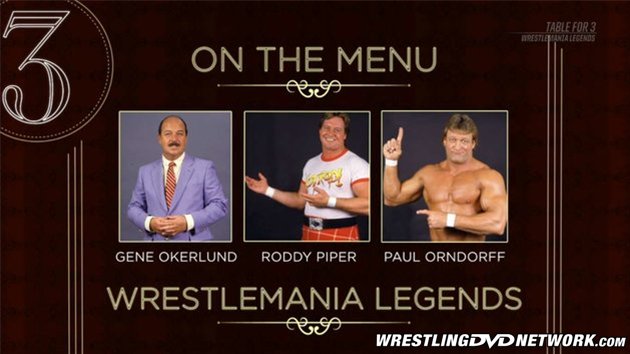 WWE seemingly debuted the Table For 3 program early due to the very unfortunate passing of WWE Hall of Famer and icon, “Rowdy” Roddy Piper. This being the last known WWE footage of his made it very bittersweet to watch, as Piper is always great but at the same time it was also sad knowing what occurred just recently. With that said, it is definitely worth checking out as Piper reliving his glory days is as good of a way to go out as there is.

As for the show itself, the concept seems to just be a slightly longer version of Unfiltered with Renee Young, along with of course an additional person. The theme for the first episode was WrestleMania Legends, so Paul Orndorff and “Mean” Gene Okerlund joined the Hot Rod to discuss WrestleMania 1 and other career highlights. While the show definitely has a “Comedians In Cars Getting Coffee” vibe like Unfiltered does, I also get a little bit of “My Breakfast With Blassie” out of it, which definitely isn’t a bad thing.

This Week in WWE 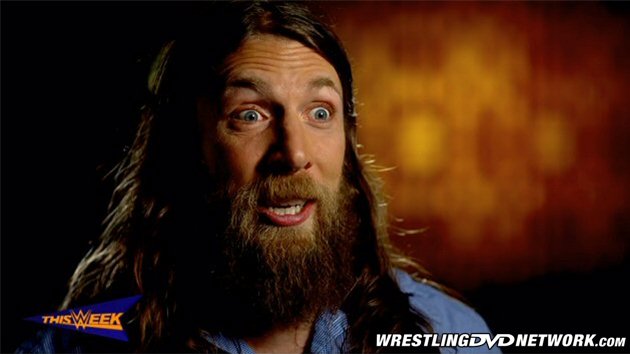 Another episode of This Week In WWE has hit the Network and while it covers the usual topics, I found this week’s episode more interesting than most. Sure, it covers RAW and the big six man main event. It even covers Tough Enough and Tough Talk, which while nice isn’t unusual anymore. But what really made this episode better was the focus on the outside of the ring activities. Those specifically included the making of the new WWE 2K16 Terminator 2 spoof and Seth Rollins appearing on The Daily Show with Jon Stewart. Both were pretty entertaining and while I won’t recommend the show strictly for them, if you do give it a chance they are fun to watch.

» Verdict: Skip it (unless you missed RAW). 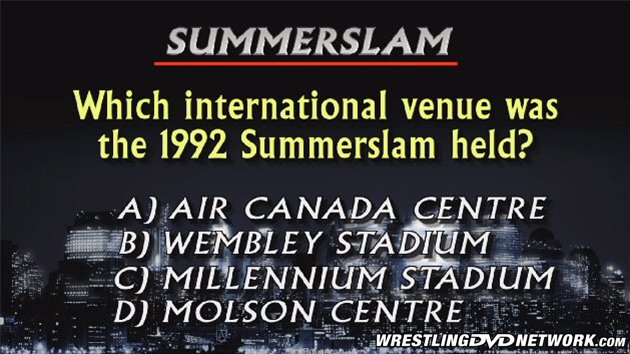 Superstars is a strange show. Depending on who is or isn’t used on RAW, the quality can be very high or fairly low. This week isn’t a high quality show, but it isn’t all bad. Fandango is actually quite good as a babyface and while he doesn’t do much, he delivers when he is put out there and given a chance to showcase his talents. Beyond that, for those who missed RAW, the big segments and matches are generally highlighted, and for those who have seen it the skip button is the best option.

Oh, and they recently started doing a “This Week In History” quote during the adbreak, much like the “Did You Know” bit. This week focused on Stone Cold Steve Austin and while it isn’t worth tuning in for, it is a nice little extra. If WWE ever does a Saturday morning children’s block, Superstars would work as a suitable bridge between the children’s block and the afternoon content. 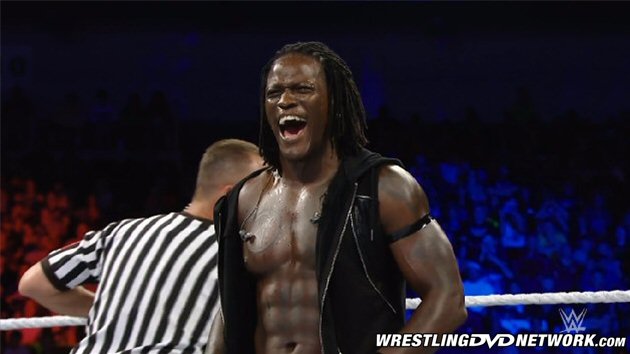 On July 21st, Main Event took place and two and a half weeks later it has popped up on the WWE Network. With the delay and a lack of exciting matches, the show is going downhill fast in terms of fan interest. With that said, it isn’t a bad show. With a little more freedom, talents are able to experiment more and you often see some of the more underrated guys. The Lucha Dragons are a great example of why Main Event and Superstars can deliver and a match with The New Day represents what these shows can bring. This week follows the usual theme of a tag team focus but it also has a stellar freestyle from Bo Dallas leading to his match with R-Truth. Check it out! This episode of SmackDown is titled “Caddy Whack” and took place on July 9th. The major draw to this show was a champion vs. champion match as WWE World Heavyweight Champion Seth Rollins took on the Intercontinental Champion, Ryback. Additionally, Randy Orton gets interrupted by a surprising duo. With Battleground just over a week away, how would SmackDown shape the upcoming event? As usual, it really didn’t, but the show was still solid enough. Skip it if you’ve seen it, but it might be worth a watch otherwise – and Rollins vs. Ryback was a good main event.

– Fandango vs. Rusev (with Summer Rae)

» Verdict: Skip it (unless you missed it when it aired).