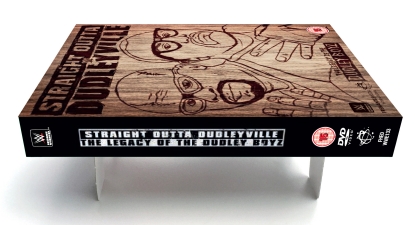 GET THE TABLES!!! WWE is planning limited edition packaging in the shape of a table for the “Straight Outta Dudleyville: The Legacy of the Dudley Boyz” DVD next month.

As you’ve heard, a Dudley Boyz Steelbook Blu-ray is on the way, but for the DVD collectors still among us a pop-up slipcover will be present on the standard DVD version.

Be sure to pre-order early as it will be available during the initial production run only.

So far the special table packaging has been confirmed for the release of “Straight Outta Dudleyville” to fans in the UK on April 11th. Check out the first concept images above and below. 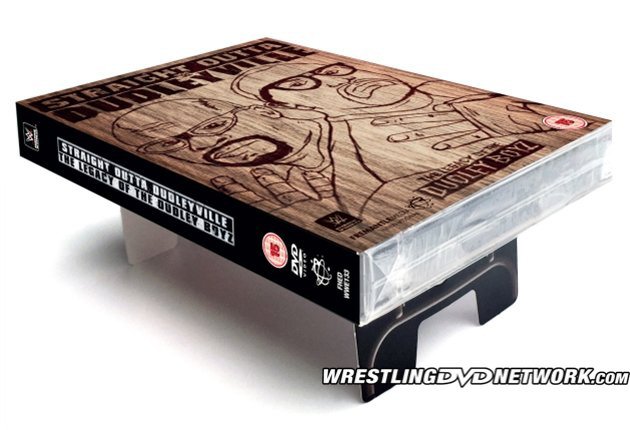 Speaking of the Dudleyz packaging, here are some new shots of the artwork planned for the set.

“Straight Outta Dudleyville: The Legacy of the Dudley Boyz” is the next 3 disc WWE DVD incoming and will compile a 35-chapter documentary, unseen extras cut from that documentary, interview segments with the Dudleyz, and more than 20 matches (over 25 on Blu-ray)! 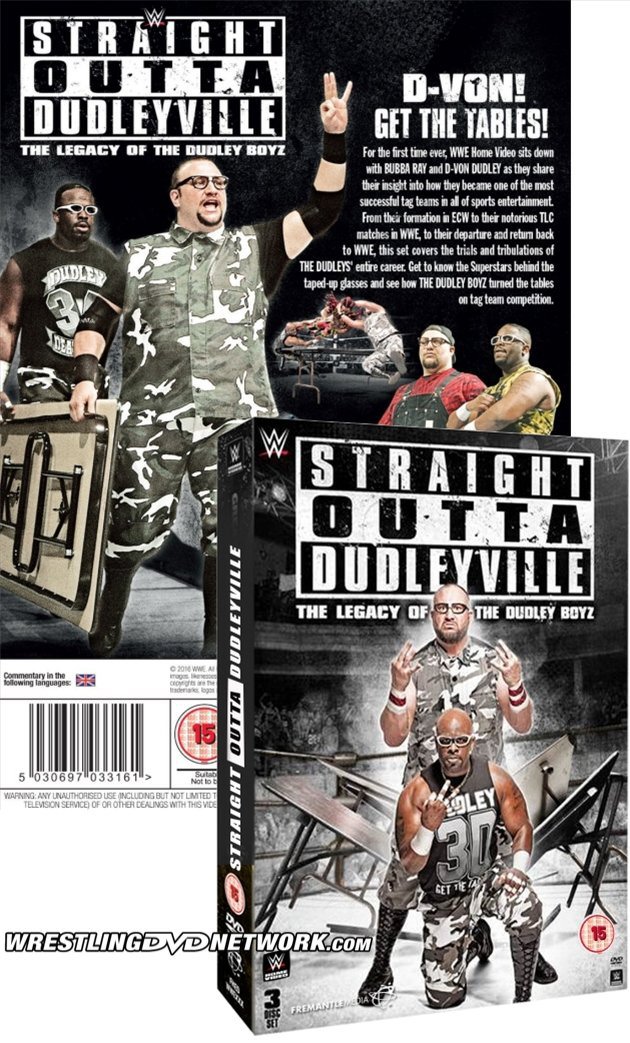 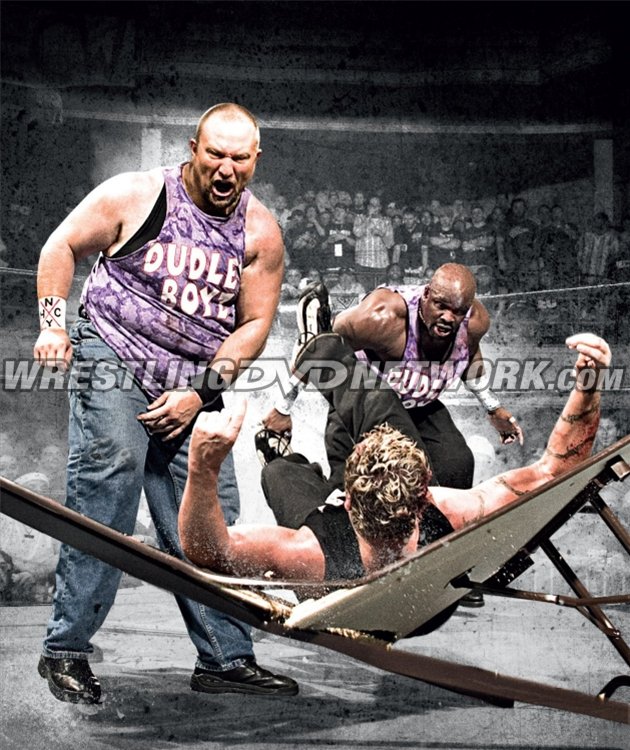 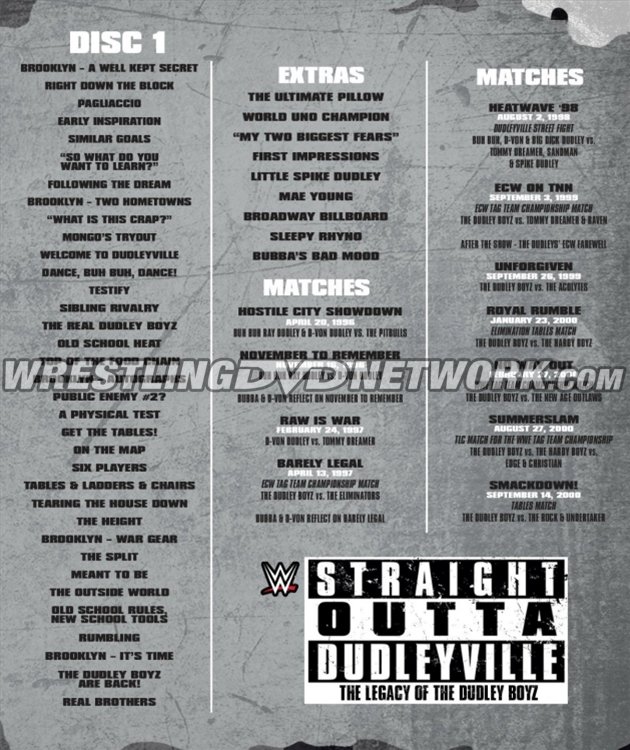 – Australia: May 18th. Pre-order the Dudley DVD now via Madman.com.au.

Ready for some more RAZOR WEEK reveals? We’re back unveiling match content that WWE has planned for “Living on a Razor’s Edge – The Scott Hall Story” later this year.

The matches will join the DVD and Blu-ray’s documentary main feature and additional extras.

Today, we confirm five more WWE and WCW bouts for the compilation – including one of Razor Ramon’s earliest untelevised WWE matches, along with his actual television debut too!