Exclusive: Teaming With WWE For 25% Off All DVDs, New UK Offers Coming

We’ve been negotiating with WWEShop.com recently to bring the WDN readers another exclusive offer on WWE DVDs and Blu-rays – and negotiations were successful!

They’ve granted you an exclusive code for September usage which gives 25% off the price of ANY in stock DVD or Blu-ray on the whole website. The code is “DVD25” to be entered at the checkout stage and there’s no minimum spend required!

PRE-ORDER TIP: The code works only for ‘in stock’ titles so pre-orders are excluded.

However, the voucher code will not expire until after the release of both the SummerSlam 2013 and Triple H: Thy Kingdom Come DVDs later this month. So you could take 25% off those titles if you place your order the day of their release.

The “DVD25” code will reduce the price of any WWE DVD available on the site, whether old or new, until September 25th. Below are example prices using some of the latest releases. 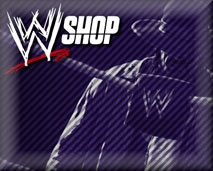 We’ve also got the scoop on new offers in the UK beginning tomorrow!

On top of that, also in celebration of the PPV this Sunday, the Night of Champions 2010 and 2011 DVDs will be on sale for only £5.99 each, a 40% saving off RRP. Be sure to check WWEDVD.co.uk from 11am tomorrow morning to take advantage of these deals.