WWE Rock vs. Cena: Once in a Lifetime hits US stores tomorrow on DVD and Blu-ray [get yours].

The documentary gives a look backstage immediately following the WrestleMania 28 match, which shows an embrace between Rock and Cena, in addition to interactions with Vince McMahon. Below are some exclusive photos of the eye-opening scene. Grab your copy of the DVD to see it all. 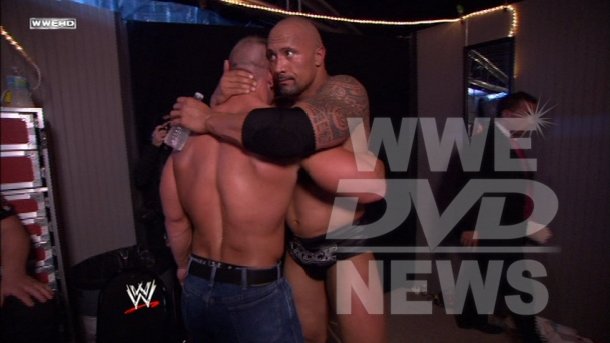 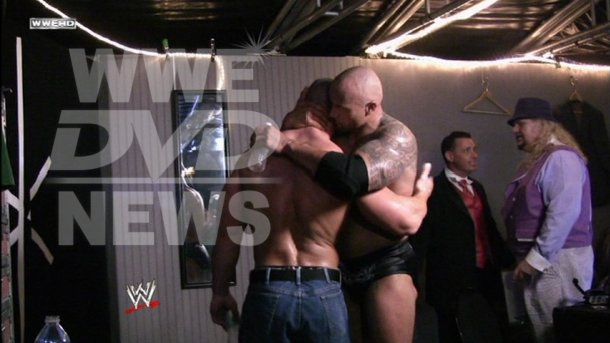 Both The Rock and John Cena were also briefly interviewed backstage following the “Once in a Lifetime” match up, with some of their comments making it into the documentary.

Click here to get Rock vs Cena: Once in a Lifetime right now. Fans in Europe can also get it this month when pre-ordering with Silvervision.co.uk.

It follows on to Australia in early October when buying over at WWEDVD.com.au.