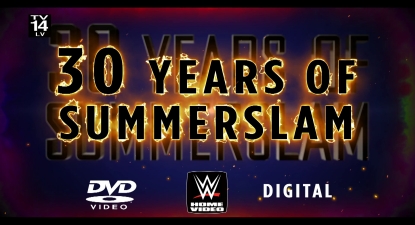 For 30 years we’ve been captivated, mesmerized and blown away by summer’s biggest event!

Last week we revealed the 18 matches that made the cut for “30 Years of SummerSlam”, WWE’s upcoming 3-disc DVD set that will journey through three decades of SummerSlam moments from its inception way back in 1988 right through to last year’s Pay-Per-View.

As mentioned, along with the bouts will be a series of “Reports” and “Recaps” highlighting important SummerSlam milestones — WrestlingDVDNetwork.com has exclusively learned that each disc will have its own host who are seen in newly-filmed segments, so let’s find out who the hosts are!

Disc 1 will be hosted by WWE Hall of Famer “Mean” Gene Okerlund, Disc 2 by Jonathan Coachman, and Disc 3 by Charly Caruso. The concept with the hosts appears to be having a different WWE personality introducing their own “era” of SummerSlam matches and moments.

The official trailer has also surfaced today (watch it below) along with WWE’s synopsis for the DVD which contains a slight error; Stone Cold Steve Austin vs. The Undertaker from SummerSlam ’98 is referenced but as we recently found out that match is not included in the content listing.

Perhaps early plans for the DVD collection had this bout pencilled in.

For 30 years, SummerSlam has been the ‘biggest party of the summer’, and WWE’s premiere summer event has been the place where champions were crowned, dream matches were made, and rivalries came to an explosive end. Now, relive the greatest matches & moments from the illustrious three-decade history of WWE SummerSlam!

Featuring Bret Hart vs. British Bulldog from Wembley Stadium in 1992, Stone Cold vs. Undertaker from MSG in 1998, Shawn Michaels vs. Triple H from 2002, Shawn Michaels vs. Hulk Hogan from 2005, John Cena vs. Brock Lesnar from 2014, and much much more!

– Australia: TBA. Your pre-order opportunity is also due to go live soon via Madman.com.au.

We showed you how the content listing of the new Shield DVD will be laid out on its artwork, now comes the same for “Then, Now, Forever: The Evolution of WWE’s Women’s Division”. 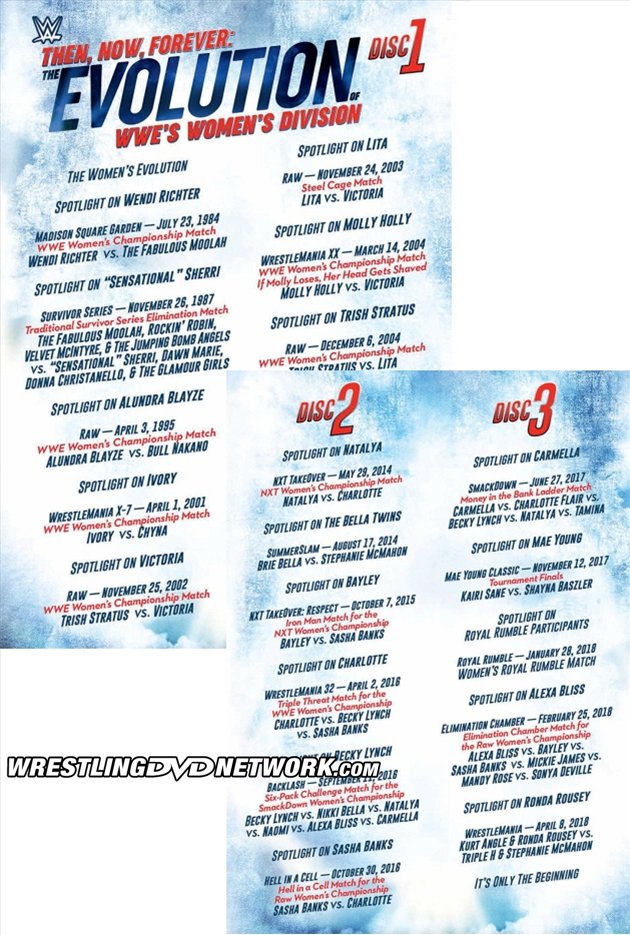 Before then, BACKLASH 2018 will officially release on Home Video TOMORROW!

This was the first of the now dual-branded RAW and SmackDown PPVs, main evented by Shinsuke Nakamura vs. AJ Styles and Roman Reigns vs. Samoa Joe. Get your hands on the DVD for $14.99 right now by clicking here to Amazon.com or by using the button below: 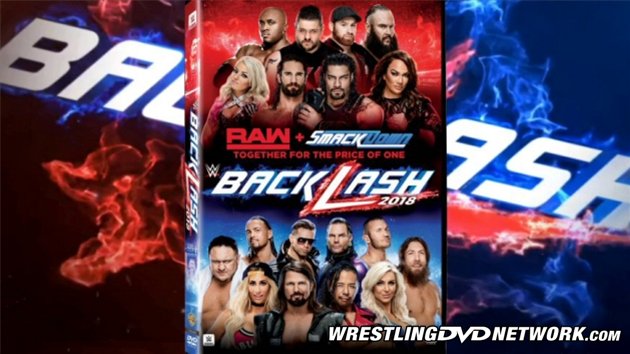 “WATCH” THIS: Noteworthy eBay auctions to look out for today and over the coming days include this massive collection of still-sealed 42 WWE DVDs and Blu-rays…

And all of these goodies going cheap too…

So add them to your Watch List so you don’t miss out! 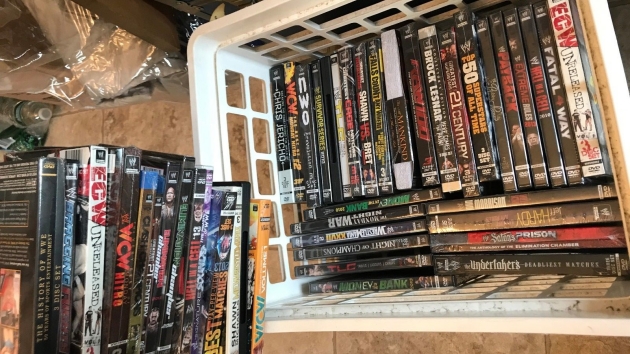