Elimination Chamber (in stock here on Amazon.com for $11.99) will be released solely on DVD in the United States. The Scooby-Doo movie is however also available on Blu-ray format. 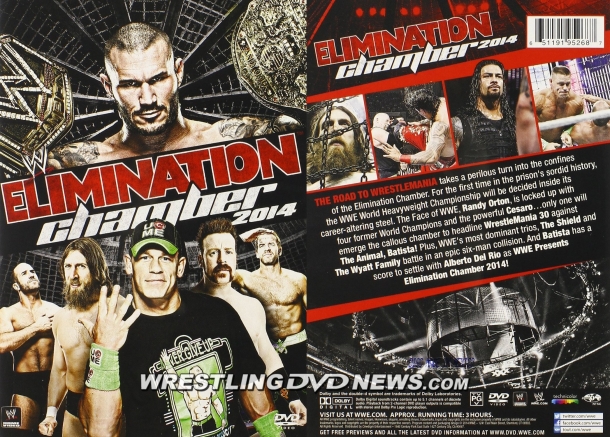 A Blu-ray edition of Elimination Chamber 2014 will be released exclusively to the UK and Europe in May. That’s available to pre-order now here at WWEDVD.co.uk.

Melissa Bayer sends word that Target stores in the US are offering a free figure with the new Scooby-Doo: WrestleMania Mystery DVD, one of which looks to be CM Punk. It was previously mentioned that Walmart has a store exclusive also, containing a John Cena figure. 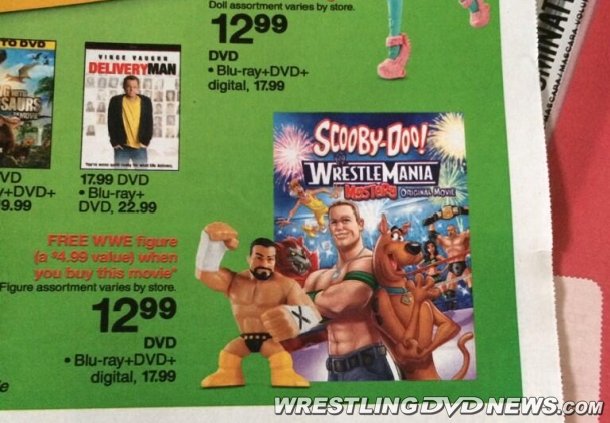 That’s available both as a DVD and streaming On Demand. Below is the video trailer, which please note is intended for mature audiences only!

Spotted at Best Buy stores this week are new WWE DVDs priced at $4.99 each. These are single-disc versions of past released titles – Top 50 Superstars of All Time, Greatest Stars of the 90s, and The True Story of WrestleMania.

Thanks to Rick Velazquez for passing along the photos below. 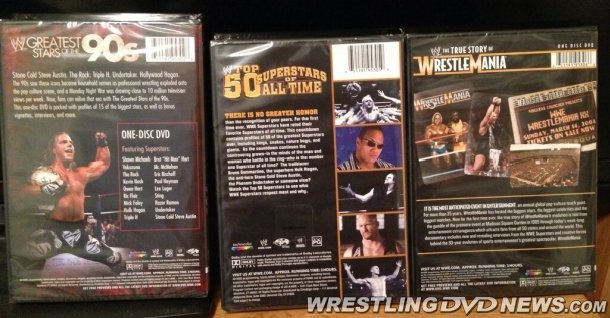 The “Triple H: Thy Kingdom Come” DVD & Blu-ray documentary will be the next one available to watch on the WWE Network. That’s part of the Beyond the Ring series and airs Saturday.

It joins the other documentaries streaming on the Network which are currently Mick Foley, Shawn vs. Bret, nWo: Revolution, Stone Cold: Bottom Line, and Epic Journey of The Rock. 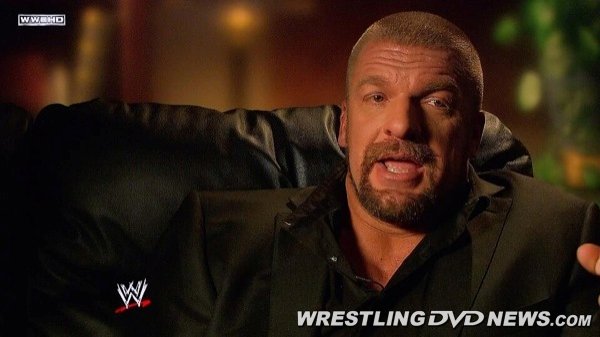 Here’s a quick rundown of 4 noteworthy auctions for WWF/WWE DVDs that are ending TODAY on eBay. Check the links below for your chance to bid.