On May 20th, 2011 the wrestling world lost a true legend when Randy Savage passed away in Seminole, Florida at the age of 58. Unquestionably one of the greatest and most charismatic professional wrestlers of all-time Randy Savage’s unparalleled athleticism and larger than life persona made the “Macho Man”, and the WWF, a household name around the globe. This Sunday, the 15th, would have marked Savage’s 63rd birthday.

To honor the occasion Throwback Thursday on WrestlingDVDNetwork.com once again turns Throwback Tribute as we celebrate the life and career of Randy “Macho Man” Savage by looking at some lesser known matches that illustrate the greatness of the “Macho Man”. 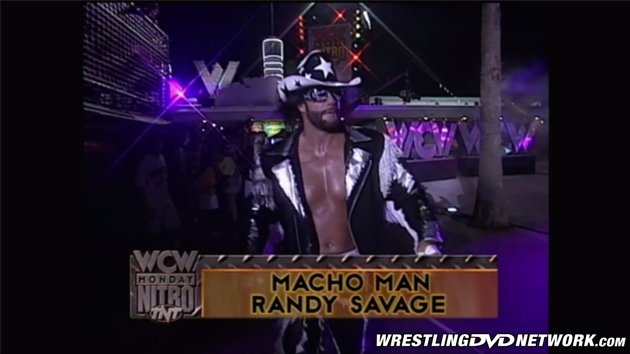 Savage debuted in the WWF in the summer of 1985 and was an overnight sensation. On Feb. 8, 1986 Savage won the Intercontinental title in controversial form from Tito Santana, embarking on a near-record reign of 414 days, second only to Savage’s opponent on this night Pedro Morales (425 days). This match is a prime example of the greatness of Morales, on the downside of a legendary career, and the coming greatness of Randy Savage. This footage comes from Prime Time Wrestling #80 from Sept. 15, 1986. 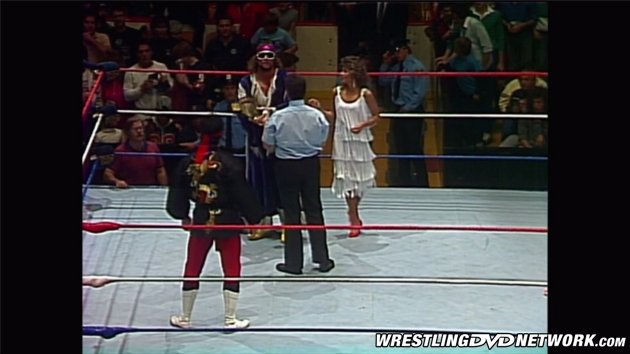 Two of the greatest young wrestlers in the WWF were just beginning the program that would change both men’s lives and careers forever. While this isn’t WrestleMania III this match is still a classic encounter and a sign of things to come that left fans wanting more.

After Bret cost Savage the Intercontinental title against Honky Tonk Man on SNME XII and, with Jim Neidhart, held Savage as Honky Tonk Man broke a guitar over Savage’s head, Savage was hell bent on revenge. This is an early singles masterpiece from Hart and yet another Savage classic. 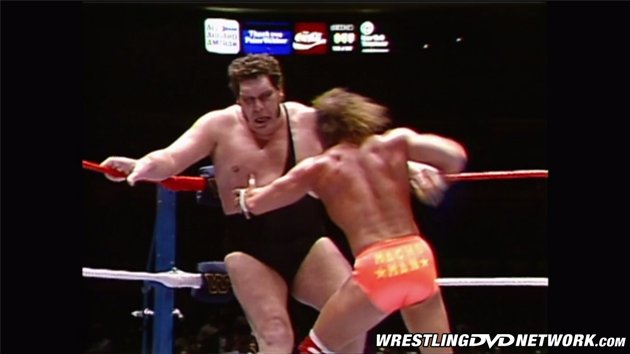 This was a local rematch from the MSG show from Sept. 29, 1988 where Savage and Andre were both counted out. Though Andre was in the twilight of an epic career this match with Savage was a glimpse of the greatness that was in front of a hot MSG crowd.

Savage had been at war with Rhodes since the spring of 1990 and was looking to end it at SNME XXVIII. Rhodes, meanwhile, was in the midst of a growing feud with “The Million Dollar Man”, whose move to buy Rhodes’ son Dustin during this match costs “The Dream” on this night. While this isn’t a classic it’s the best TV match of the two available on the Network. 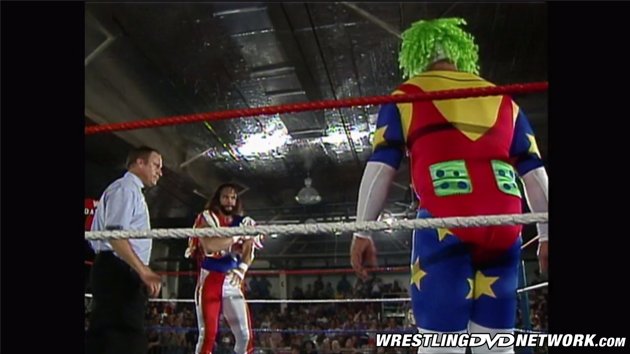 Savage was in the midst of a minor comeback at this point, preparing for his program with Crush, when this match took place. Featuring the debut of “Macho Midget” this, a match between two polished, skilled wrestlers, was another example of Savage being able to work with any opponent on any night.

With the New Japan Pro Wrestling “invasion” in near full-tilt, heading towards the first and only “World Cup of Wrestling” at Starrcade ’95, Savage met Japanese star Manabu “Kurasawa” Nakanishi on NITRO. This is a classic example of Savage’s chameleon-like ability to match the style of his opponent to tell the proper story. 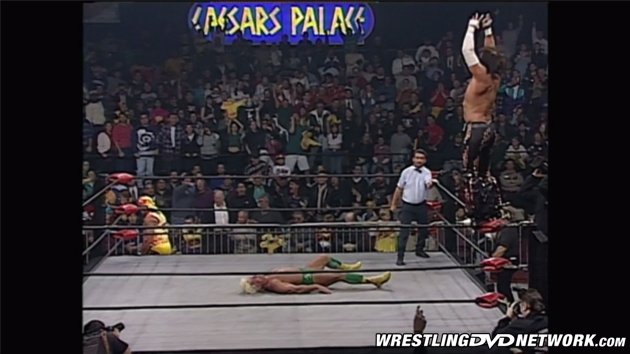 This was Savage’s first TV rematch against Ric Flair who, after interference by Arn Anderson, won the World title from Savage at Starrcade ’95. This marked Savage’s 2nd WCW World title reign, a reign that ended just 20 days later when Flair, with Miss Elizabeth’s help, reclaimed the title at SuperBrawl VI. This would be Savage’s last WCW World title win until Spring Stampede ’98.

With the nWo running wild and WCW in disarray Randy Savage and “Lord” Steven Regal put on one of the best matches in the near one-year history of Monday NITRO. Yet another example of Savage’s ability to work great matches on the fly and not just well-hyped, well-planned PPV encounters. 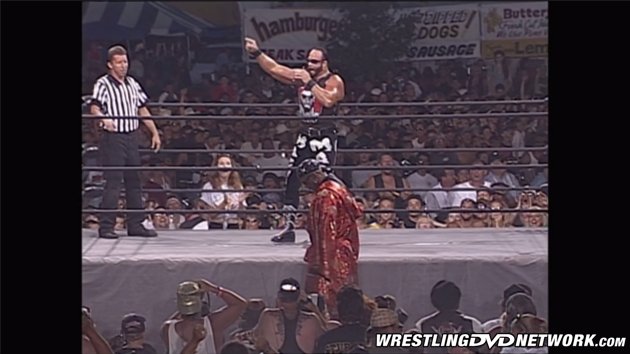 Rodman’s third and final WCW match is hands down the best of the three. In a match that better resembles a street fight, Savage and Rodman brawled in and out of the ring, up and down the ramp, and in and out of a port-a-potty in a match that illustrates, once again, the versatility of Randy Savage and his ability to draw the best out of anyone. This is the last Randy Savage match currently available on the Network.

Before Shawn Michaels and Bret Hart, Randy Savage was “Mr. WrestleMania”, routinely stealing the show with a variety of talent. But the greatness of Savage’s career was not in what “Macho Man” did on PPV alone or at WrestleMania but in the matches and moments that filled TV airwaves for much of the late-’80s and ’90s. The moments that made us, the fans, love Randy Savage. These ten matches illustrate the depth and variety of Savage’s in-ring career. As “Macho Man’s” birthday approaches we pause to remember the man, the athlete, and the professional wrestler. As Vince McMahon said in Time Magazine, “Today, Randy is remembered as one of wrestling’s all-time greats. No question about it–he certainly was.” Happy birthday “Macho Man”! 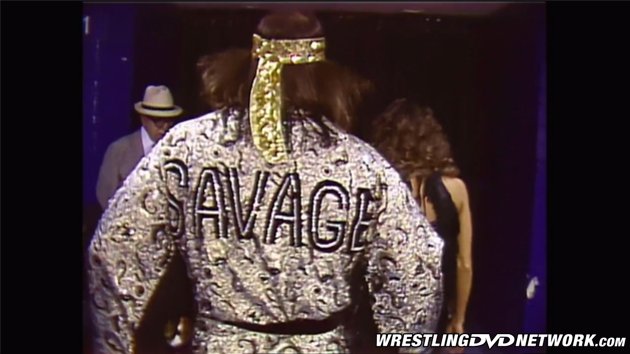 That’s it for the latest TBT on WDN – thank you for reading! Are you a WWE Network subscriber? If so, check out the matches, see them for yourself, and let us know what you think below.