Throwback Thursday: 2015 On The WWE Network – A Year in Review

While 2015 was an up and down year for the WWE, it was a banner year for the WWE Network. In its first full year of operation the Network offered subscribers thousands of hours of Original Programming and classic archive content to go along with it.

With 2016 just hours away, Throwback Thursday on WrestlingDVDNetwork.com looks back at the year that was, with 10 of the year’s best matches and a special look at some of the best programming aired throughout the year, as seen, of course, on the WWE Network. 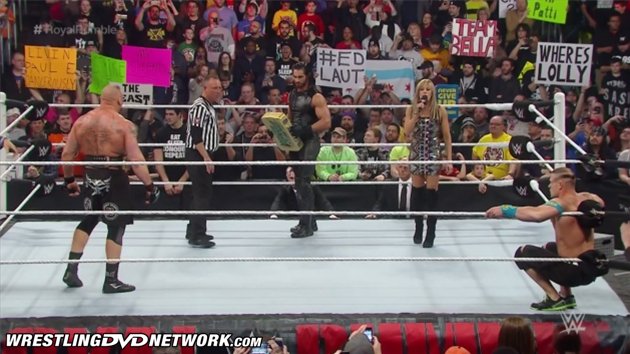 2015 started out much like 2014 with fans rebelling against the “chosen one”. And while the 2015 Royal Rumble was more miss than hit, the main event delivered an early candidate for “match of the year”, giving fans a flicker of hope that 2015 would turn out to be something special. 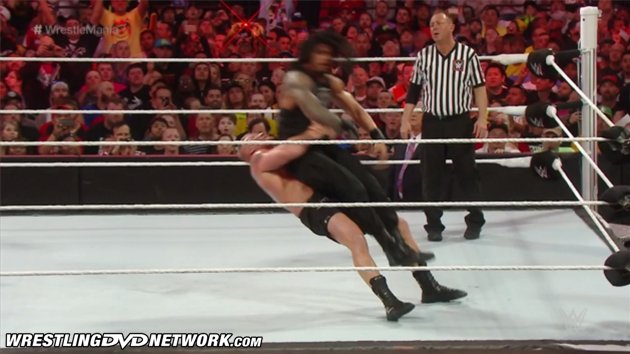 Roman Reigns’ journey to WrestleMania was a rocky one. Until Lesnar’s re-signing announcement on ESPN on March 24th no one doubted Reigns would win the title. Lesnar’s contract news, however, created a buzz of uncertainty around the WWE Championship match that hadn’t existed in years. After a compelling back-and-forth match, a bit of blood, and the birth of “Suplex City”, Reigns’ dream was dashed by a timely “Money in the Bank” cash-in by Seth Rollins, shocking the fans and creating a truly remarkable “WrestleMania Moment”.

2015 may go down as the year of Kevin Owens. After debuting on the May 18, 2015 edition of RAW (1:19:43) Owens and Cena embarked on a legendary run of matches. While the re-matches at Money in the Bank and Battleground were both epic battles it was their first match, at Elimination Chamber, that remains the greatest of the three. From the false finishes to the brilliant psychology this match stole the show and left fans begging for a rematch. 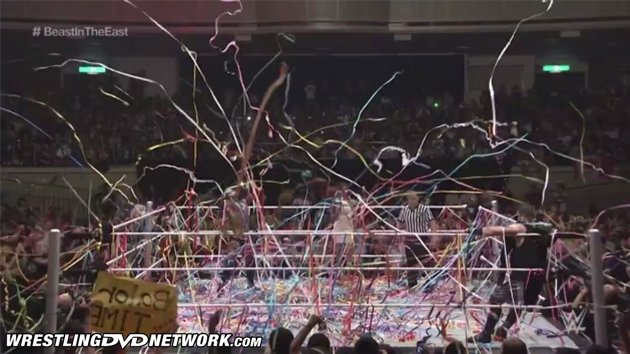 Kevin Owens arrival on the main roster meant that KO’s days as NXT Champion were numbered. Everyone expected the eventual Balor/Owens match to be an epic war but few expected the switch to happen in Japan on an early morning Brock Lesnar-themed Network special. In another “MOTY” candidate Owens and Balor stole the show and showed yet again why NXT, in the summer of 2015, was the hottest thing going in wrestling.

With its debut on the March 30th edition of RAW, John Cena’s “U.S. Open Challenge” became a vital part of RAW, providing surprise moments (Sami Zayn) and incredible matches, none better than this instant classic from July 6th. Cesaro has faced an uphill climb in the WWE, seemingly over with the fans but meeting stiff opposition in the offices of WWE. This match proved to the world that Cesaro was ready for bigger and better things and showed once and for all that the “Swiss Superman” was over in a big way. 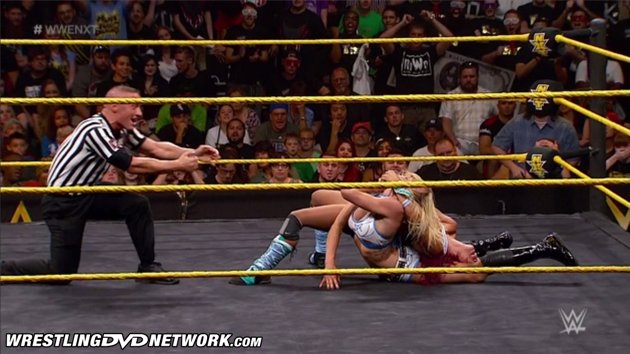 The main event of the July 15th edition of NXT may well go down as one of the greatest women’s wrestling matches in NXT history. With all the feel of a PPV showdown, Sasha Banks and Charlotte delivered a classic encounter that had the Full Sail crowd on their feet, half expecting a title change. This is the kind of match that has become the standard for the NXT Women’s division.

While their encounter at NXT TakeOver: Brooklyn was epic, this match raised the bar to an entirely different level. In the first-ever women’s “Iron Man Match” Sasha and Bayley proved that the women in WWE can do anything the men can do, and sometimes, as seen on this night, a whole lot better. Hands down the best Women’s/Diva’s match of the year. 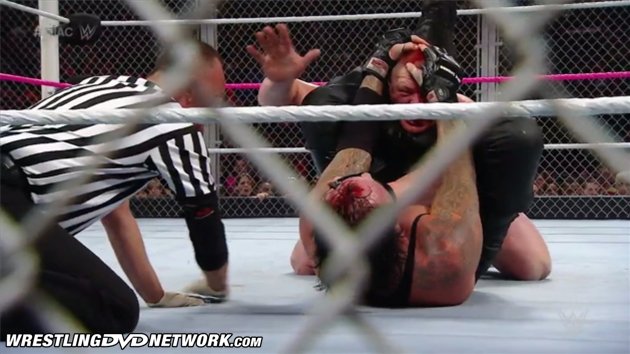 After 13 years and 9 matches, the end of “The Streak” and gallons of blood, The Undertaker and Brock Lesnar put an end to their war in one of the greatest “Hell in a Cell” matches of the PG-Era. Between the blood and psychology, the physicality and emotion, this match delivered an end that was as satisfying as it was bitter sweet.

After winning the “Dusty Rhodes Tag Team Classic” Samoa Joe, hungry for an NXT title shot, turned on Finn Bálor. Expectations were high for this match and they exceeded them all. Easily a “MOTY” candidate this match was more New Japan than WWE and proved that pro wrestling in WWE was still alive and well.

2015 was an epic year for WWE Network programming, with the debut of several new shows: 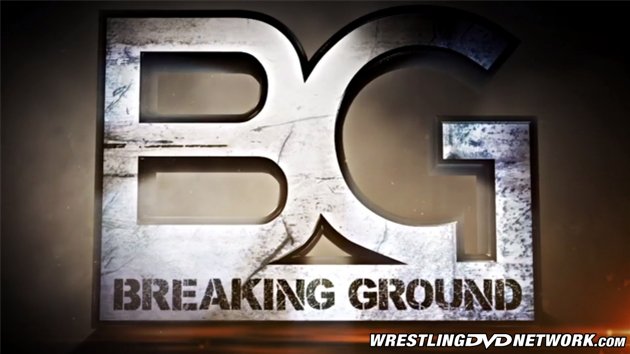 Swerved, Unfiltered with Rene Young, Superstar Ink, Jerry Springer Too Hot for TV, Culture Shock with Corey Graves, The WWE List, Live! with Chris Jericho featuring John Cena and Stephanie McMahon, Legends with JBL, Table for 3, WWE 24, Mick Foley: Have a Good Night, and arguably the best WWE Network Original Programming yet, Breaking Ground. We also saw new episodes of Total Divas, Tough Enough, Stone Cold Podcast, and Rivalries as well as Original Specials on the Kliq, the passing of “The American Dream” Dusty Rhodes, the 20th anniversary of the debut of WCW Monday NITRO, Finn Bálor, and NXT, among others. 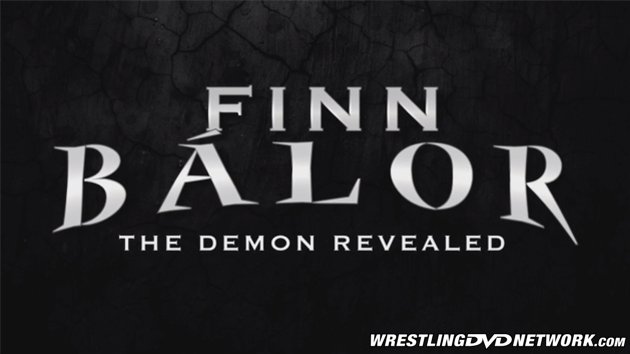 For the wrestling purist 2015 started out rather slow, what with most of the Black History Month content being removed. But as the year progressed so too did the variety and frequency of archive uploads. The “Attitude Era” was the first to get its time in the sun followed by a massive upload of ECW Hardcore TV content in late summer; 1997 WCW Monday NITROs shortly thereafter; and the Survivor Series-themed 25 Years of The Undertaker collection. Now, as the year draws to a close, we’ve seen late-’70s Stampede Wrestling, the oldest non-WWF content on the Network (later removed after a rights dispute with Bret Hart); early-’80s Mid-South Wrestling; mid-’80s WCCW; mid-’80s era NWA World Championship Wrestling; mid-to-late-’80s AWA, including ESPN shows; early ’90s USWA; mid-’90s Smoky Mountain Wrestling; as well as hours of Monday Night RAWs highlighting the rise of Triple H and the Invasion angle. 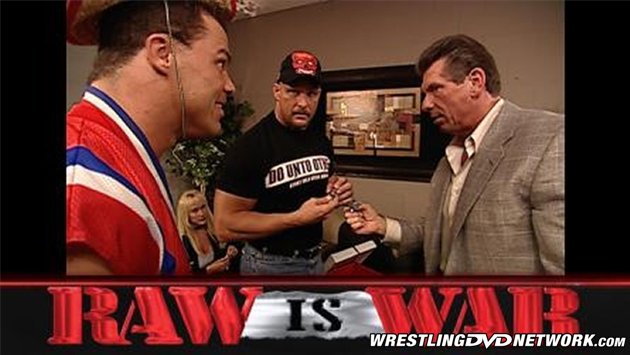 2015 was a banner year for the WWE Network. At a time when WWE seemed to be lagging the Network continued to impress. With the new additions of WCCW, SMW, Mid-South/UWF, NWA World Championship Wrestling, USWA, and more – not to mention the bevvy of tremendous Original content – the future is indeed bright for the WWE Network leading into 2016.

That’s a wrap on this year’s final TBT— thanks for reading! Are you a WWE Network subscriber? If so, check out the matches, maybe some of the content, and let us know what you think.

From all of us here at WDN we wish you and yours a happy and safe New Year’s holiday!

Until next year, see ya at ringside!

Check out all of the 2015 content and everything coming up in the New Year on the WWE Network for only $9.99 per month. Your first month is FREE! Click here to sign up for the WWE Network.