Throwback Thursday: 25 Years of The Undertaker, As Seen on WWE Network

Throwback Thursday: 25 Years of The Undertaker 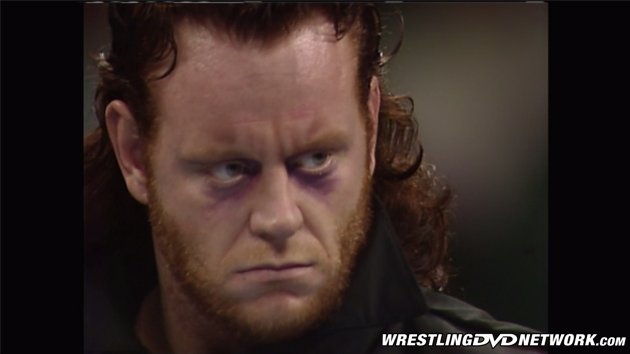 One of Mark Calaway’s earliest matches on the Network, in World Championship Wrestling “Mean” Mark Callous was sold as a ruthless, thoughtless animal who kept snakes for pets and killed things for fun. Though WCW tried numerous angles and partners with “Mean” Mark, nothing seemed to click and Mark Calaway was out of a job by Sept. 1990. 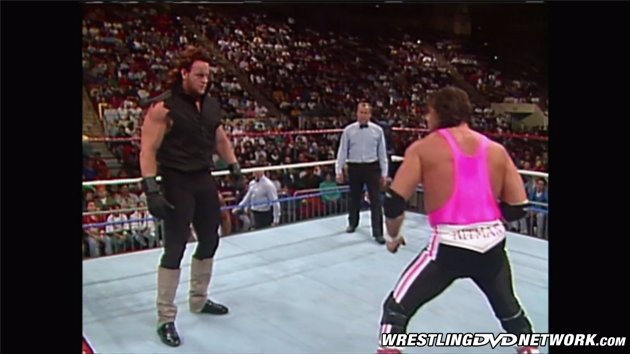 Needing another “bounty hunter” for Suburban Commando, Hulk Hogan reached out to Mark Calaway to fill the role. Soon Calaway was meeting with Vince McMahon, and Kane “The Undertaker” was born. Kane “The Undertaker” worked four matches at TVs prior to Survivor Series, Nov. 19th in Rochester and Nov. 20th in Syracuse, three of which made air the second week of December 1990, after which Kane “The Undertaker” was shortened to The Undertaker. This is without a doubt one of the most famous and memorable debuts in WWF/E history and hinted at the comic book direction of WWF storytelling to come.

The creation of Monday Night RAW came not by design but necessity after steroid and sex scandals cost the WWF sponsors (like Hasbro) and syndication affiliates across the country. A transition to cable wasn’t the only shift at hand as lighter, more realistically developed talent were being featured as opposed to the “big men” of the ’80s. Being chosen for the main event of the debut edition of RAW not only allowed a top, “natural” looking talent to go over a mid-card “big man” but showed the faith and respect the WWF had for The Undertaker both in and out of the ring. 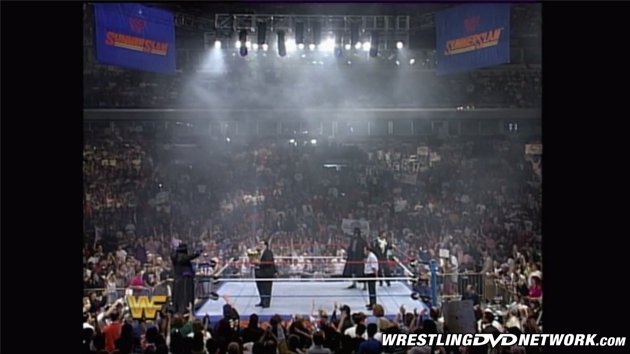 By 1994 The Undertaker had become the vehicle by which the WWF broadened both its storytelling concepts and style. While the end result isn’t all that great the story leading into it was groundbreaking. From The Undertaker (played by Marty Jannetty) ascending to the heavens at the 1994 Royal Rumble and Frank Drebin (Leslie Nielsen) searching the “world” for clues about Undertaker’s whereabouts, to the emergence on a “Fake Undertaker”, the Undertaker/Undertaker storyline was as melodramatic and campy as anything the WWF had done to date, laying the groundwork for the very product we see today.

This marked The Undertaker’s first of an eventual three televised IC title matches. Debuting just seven months prior to this event Goldust was riding a massive wave of momentum while The Undertaker was transitioning into a long-term feud with Mankind. In no need of a secondary title, this match illustrates just how important Undertaker was to the entire card and how just being in the same ring with “The Phenom” meant instant credibility. 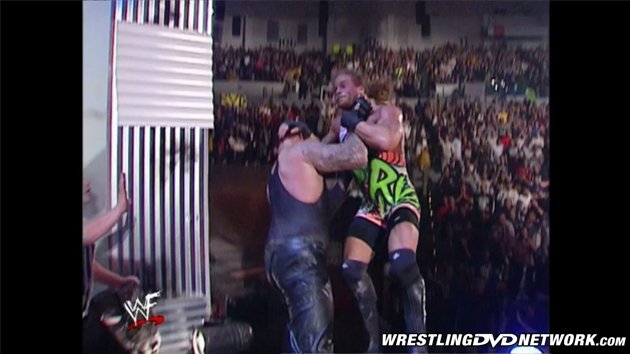 This match came on the heels of Undertaker’s surprise heel turn on the Nov. 26, 2001 edition of RAW (currently unavailable on the Network) and proved that even after 11 years and countless alterations to the original gimmick The Undertaker could still shock, entertain, and elevate key mid-card talent in ways no other talent in the WWF could. The heel incarnation of The Undertaker is for many fans the best period of Undertaker’s career.

The “American Bad Ass” that debuted at Judgment Day 2000 came to an unceremonious end at the hands of Kane at the 2003 Survivor Series. After more than three months away from the ring and with rumors running rampant, The Undertaker, nearly 14 years after originally debuting, stole yet another WrestleMania. This match, while not the classic prior Kane/Undertaker matches were, proved that Undertaker still had plenty of gas left in the tank. 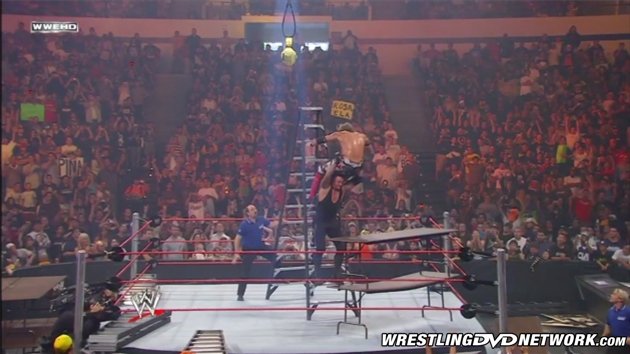 Undertaker and Edge had been warring over the World Heavyweight Championship for over a year prior to this match. After winning the “Elimination Chamber” The Undertaker defeated Edge for the World title at WrestleMania XXIV. When the “hell’s gate” was banned by Vickie Guerrero Undertaker was stripped of the World title on the May 2nd edition of SD! (currently unavailable on the Network) and the title held up until this night. At the age of 43, with 17 and a half years in WWE behind him, Undertaker and Edge put on one of the greatest one-on-one “TLC” matches ever.

In the first televised match on RAW since May 17, 2010 The Undertaker teamed with WWE Tag Team Champions Kane and Daniel Bryan to take on the dominant, undefeated Shield, who attacked “The Dead Man” the night after he defeated CM Punk at WrestleMania 29. In what may go down as Undertaker’s final match on RAW Taker illustrated yet again why “The Phenom” is one of the very best WWE superstars in company history in what became an instant RAW classic. 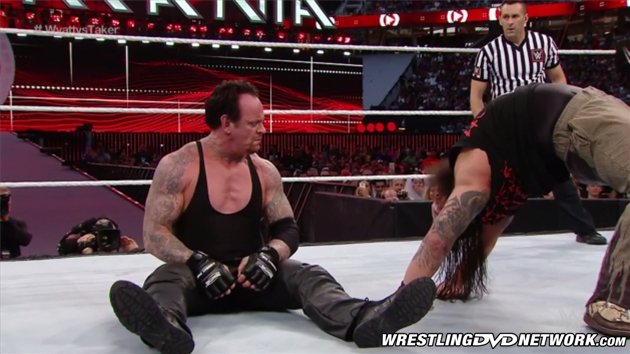 25 years to the day, the 2015 Survivor Series will pay tribute to the legendary and timeless career of the greatest superstar in WWE history, The Undertaker. As these 10 matches illustrate, Undertaker’s 25 year run in WWE not only revolutionized the business in the ring but in how its stories are told and unfold, broadening the creative boundaries in ways no other wrestler has. 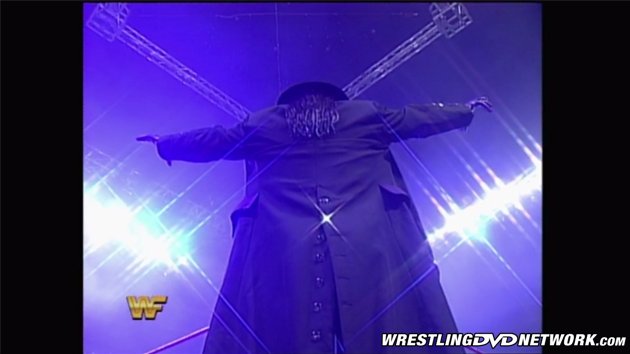 That’s it for TBT on WDN this week – thank you for reading! Are you a WWE Network subscriber? If so, check out the matches, see them for yourself, and let us know what you think.

Catch the 2015 Survivor Series this Sunday night at 8pm.

Until next time, see ya at ringside!