On February 4, 2016 Brian Knighton, known to the world as Axl Rotten, passed away in Linthicum, Maryland at the age of 44. To honor the life and legacy of a man who gave every shred of himself to the sport of professional wrestling Throwback Thursday takes the week off as we here at WrestlingDVDNetwork.com pay tribute to the man and his career with a special Throwback Tribute of some of the best of Axl Rotten, as seen on the WWE Network. 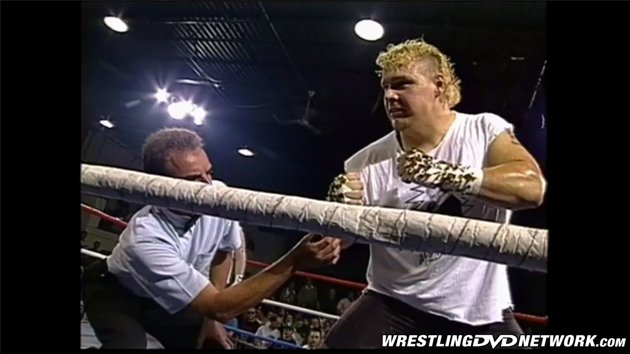 Trained in Baltimore, Maryland, Brian Knighton debuted in 1988 at the age of 17, taking the name “Axl Rotten” from Guns ‘N’ Roses frontman Axl Rose and Sex Pistols legend Johnny Rotten. In 1990 Brian met John Benson Williams and the two, as “brothers” Axl and Ian Rotten, formed the tag team known as The Bad Breed. After a brief stint in WCW Knighton spent the next three years teaming with Williams, winning tag team gold in the Global Wrestling Federation in Texas. In late 1993 Paul Heyman, the new booker of the fledgling NWA-Eastern Championship Wrestling, hired The Bad Breed to work the hardcore promotion. The rest, as the cliché goes, was history.

Axl Rotten’s earliest match on the WWE Network is one of The Bad Breed’s first matches in NWA-ECW. Bad Breed had a unique presence and quickly developed a unique fan base in NWA-ECW. This match illustrates both the abilities of the tag team and why talent such as The Bad Breed separated ECW from virtually every other promotion in the U.S. The Bad Breed’s first real push came as the “Few Good Men”, Terry Funk’s bodyguards, in Funk’s battle with Sabu over the ECW Heavyweight Championship in late 1993. 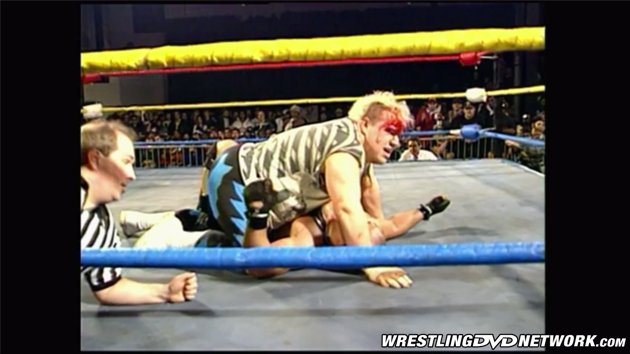 In the words of Joey Styles, “the ECW just isn’t big enough for The Pitbulls and The Bad Breed.” This was a near perfect ending to one of the ECW’s most bitter feuds in 1994 both in terms of the war waged in the ring and the finish that sees Axl’s over-confidence spell the end of The Bad Breed. Mere moments after the three-count Ian turns on Axl, igniting a legendary war.

Named the “1995 Feud of Year” by the readers of Pro Wrestling Illustrated Ian and Axl Rotten took their blood-letting war on the road. Fans of the era watched the massacre unfold through the pages of the wrestling magazines as the brothers Rotten battled in one Death Match after another. All of it led to one of the bloodiest and most shocking matches in the history of ECW in the “Taipai Death Match”. There are no words to do this match justice. 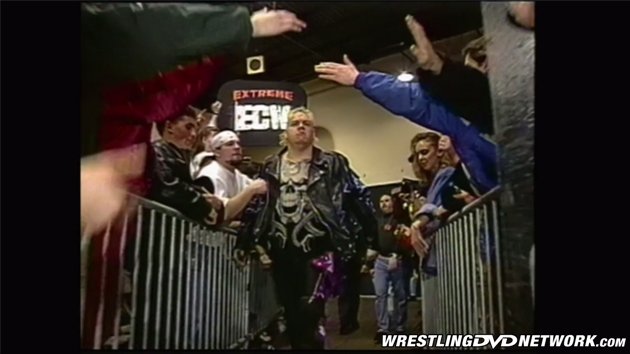 After the war with Ian Rotten, Axl Rotten waffled between working singles and hodgepodge tag teams. JT Smith agreed to help Axl battle the Dudley Boys only to turn on Axl before the match even started. This one is a war from the start, exemplary of what made Axl Rotten so good in ECW.

In yet another tag team implosion, Axl Rotten and Hack Myers waged a true street fight in this one that, while short, is nonetheless brutal. 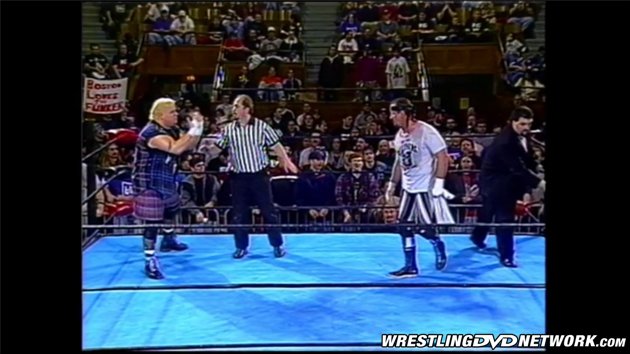 Used on TV to promote the upcoming “3-Way Dance” at ECW’s first PPV Barely Legal, Axl’s job in this one was to make Terry Funk look strong while at the same time build sympathy and create vulnerability, a job Axl succeeded in and then some.

In the early part of 1997 Axl Rotten and Balls Mahoney formed the tag team that would make them both hardcore legends. “The Hardcore Chair Swignin’ Freaks”, with their decorated steel chairs, became a near instant hit in ECW. This match is an all-out brawl. Balls Mahoney and Axl Rotten survive to the end only to slip on the proverbial hardcore banana peel. 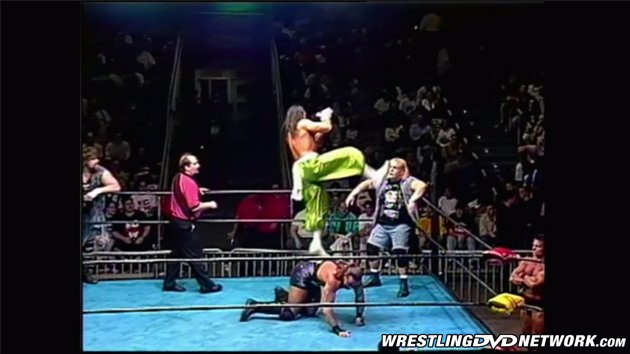 This six-man match becomes a two-on-two match when Tommy Dreamer chases Justin Credible from the building and Brakus takes himself out of the match. The result is a true ECW demolition derby between the Hardcore Chair Swingin’ Freaks and Rob Van Dam & Sabu.

Though the two were known for brawls and street fights, Axl Rotten and Balls Mahoney could wrestle. This is one of the best pure tag team matches you’ll find in the ECW vault. Candido and Storm are gold as the dysfunctional heels and the Hardcore Chair Swingin’ Freaks are at the top of their game. 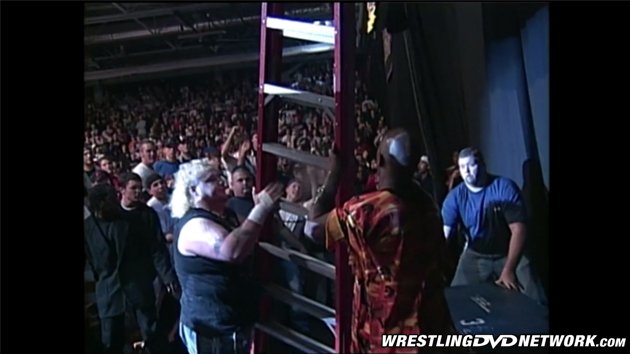 In one of Axl’s very last matches in ECW the Hardcore Chair Swinin’ Freaks found themselves out-numbered and fighting for their lives against Da Baldies, ECW’s newest faction, when New Jack hit the ring. This match, as one would suspect, is nothing short of a war, highlighted by one of New Jack’s most memorable dives.

In the era of “Hardcore” few ate, slept, and bled ECW like Brian Knighton. Knighton’s career didn’t end in 1999 after leaving ECW as Axl Rotten made waves in XPW and FMW. Knighton worked at the 2005 One Night Stand ECW reunion show and several dark matches before departing the WWE for good. Knighton worked a single match in TNA in 2010 after that.

The final years of Knighton’s life were marked by injuries that left him in a wheelchair and living at the Anchorage Rehab Center in Salisbury, Maryland. Though Brian Knighton has passed away the legacy and career of Axl Rotten will live on in the hearts of the hardcore ECW fans and the new fans that will discover Axl Rotten’s career on the WWE Network. 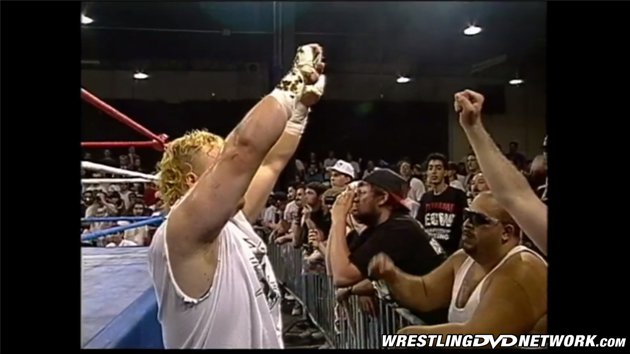 WDN extends condolences to the family and friends of Brian Knighton, and to the fans of Axl Rotten.

Are you a WWE Network subscriber? Then check out the matches and let us know what you think.