Throwback Thursday: Best of The 2017 Hall of Fame Class, As Seen on WWE Network

This week Throwback Thursday pauses to pay respect to the 2017 class of the WWE Hall of Fame by revisiting some of the inductees’ most memorable moments and matches, with a little help from the archives of the WWE Network of course.

While the 2016 Hall of Fame had as eclectic and unique a class as ever entered before, the 2017 enshrinees were among the most traditional. A common-man who never gave up; a tag team that redefined the word psychology in wrestling; a master heel and supreme worker; a woman who blazed a new trail in WWE; a jack-of-all-trades (referee, manager, commentator, GM, dancer); eight “Legacy” members who broke down walls and progressed the sport; an Olympic gold medalist still widely regarded as one of the most naturally gifted pure wrestlers of all-time; and a “Warrior Award” recipient who proves that the human heart and sheer determination know no boundaries. 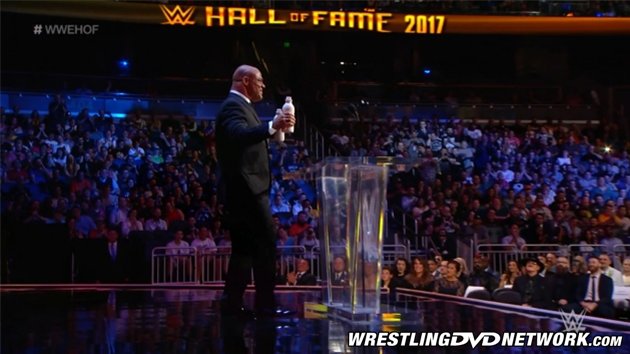 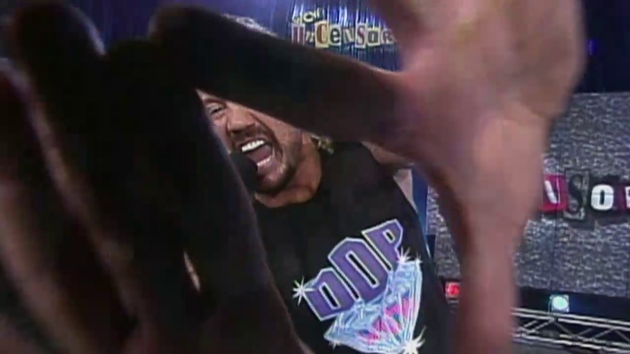 There was no face paint, no goofy gimmicks, and no pointless celebrities in the 2017 HOF class. There was, however, an abundance of heart, drive, will, determination and, above all, a deep sense of love and respect for the art and the sport of professional wrestling and its fans. 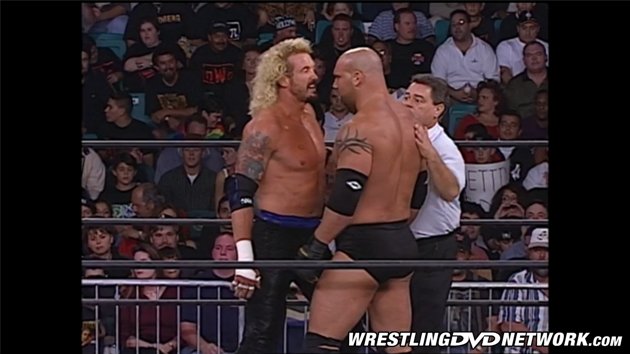 Diamond Dallas Page’s road to the Hall of Fame is as unlikely a story as any enshrinee before him. Page Falkinburg didn’t get involved in wrestling until he was 32-years-old in 1988 and didn’t start seriously training to be a wrestler until he was 35 in 1991. As a manager, a commentator, and a wrestler DDP has done just about everything there is to do in wrestling. However, the greatest work DDP has done has been outside the ring, with his now-famous “DDP Yoga”, in helping to save the lives of Jake Roberts and Scott Hall, who were both hurtling towards darkness when DDP offered them a way out. Today “DDP Yoga” helps ordinary people around the globe live better lives and change their way of thinking. Though DDP had a number of classic encounters throughout his career this showdown with Goldberg stands among his very best, and a match that only gets better with age. Today, one wonders what would have happened had Eric Bischoff gone along with Dusty Rhodes’ idea of DDP ending “the streak” on this night in 1998. 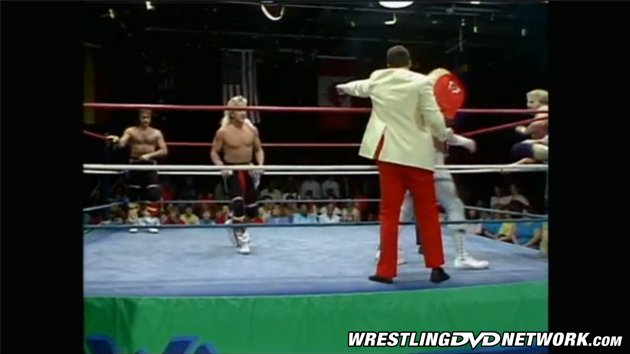 The Rock ‘n’ Roll Express are perhaps the most influential tag team of the last 50-plus years in professional wrestling. From their first pairing in Memphis in 1983 the duo began redefining what tag team psychology truly was. Fans of the ’90s tag team scene in American wrestling in both the WWF and WCW owe a debut of gratitude to the work of Ricky Morton and Robert Gibson. Morton and Gibson made tag team wrestling cool, sexy, and must-see. All told the duo has earned nearly 40 official tag team championships in their 34 years together. Their greatest foils in the sport were Jim Cornette’s Midnight Express, whom the Rock ‘n’ Roll continue to battle to this day! As of this writing the first of the many, classic Mid-South battles are unavailable on the WWE Network. This overlooked gem from 1987 is a perfect illustration of what made the Rock ‘n’ Roll Express so great and why the rivalry with the Midnight Express worked so well for so long. 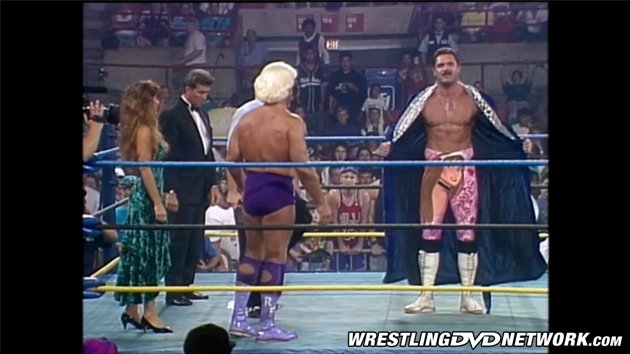 Trained by Eddie Sharkey, Rick Rude debuted in 1982 and quickly worked his way through the eastern territories of the NWA before finding success in Championship Wrestling from Florida in 1985. Rude would pass through WCCW and JCP before landing in the WWF in 1987 as “Ravishing” Rick Rude, a member of the “Heenan Family” where Rude became a household name. Though many remember Rude for his colorful costumes and ripped physique, Rude was also one of the most skilled psychologists, pro wrestlers and heels the business ever produced. This match from Fall Brawl ’93 is without question one of the great hidden gems of both Rude and Ric Flair’s career and marked Rude’s very first World title win of his career. 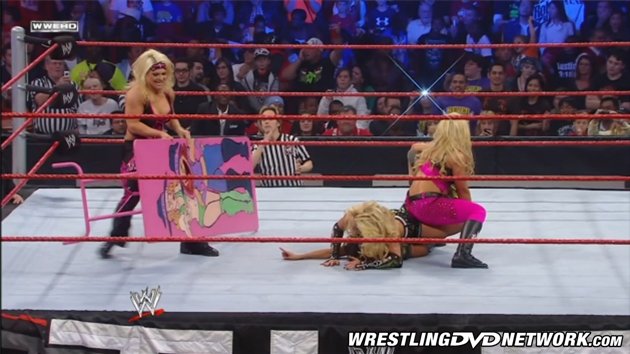 The most “controversial” inductee of the class of 2017, Beth Phoenix occupies an interesting place in the history of ladies wrestling in WWE. An accomplished amateur wrestler, Phoenix came into WWE at the tail end of the Trish/Lita era and with her true strength, natural beauty, and ability to talk, Beth Phoenix helped lend credibility to a division that was the laughing stock of the wrestling world for so many years. Beyond the 4 title reigns and classic matches, including the very first ladies ladder match in OVW against Katie Lea, Beth Phoenix broke down walls and helped redefine the role of a WWE “Diva”. This match from TLC 2010, another “first” for Phoenix, is a prime example of what made Beth Phoenix so great and why she was, in many ways, the anchor of the Diva’s division. 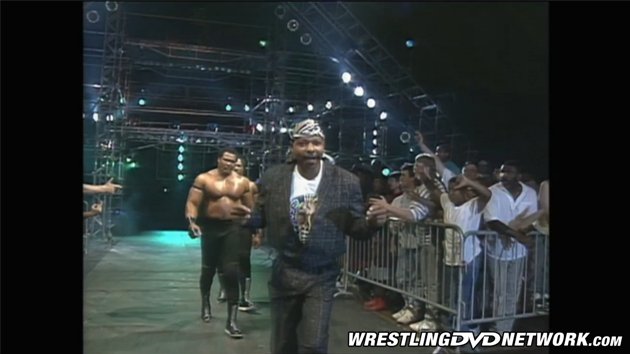 Theodore Robert Rufus Long began his career as a referee for Jim Crockett Promotions before a heel referee angle, one Long first pulled off in Championship Wrestling from Florida, ended Long’s referee career and began a memorable run as manager. While many fans remember Teddy Long as the GM of SmackDown!, scores of older fans remember Teddy Long as a skilled manager and talker. In 1990 Long, known as “Peanut Head” by Jim Ross, helped lead Doom to the NWA World Tag Team titles, the first African-American tag team to hold the titles. 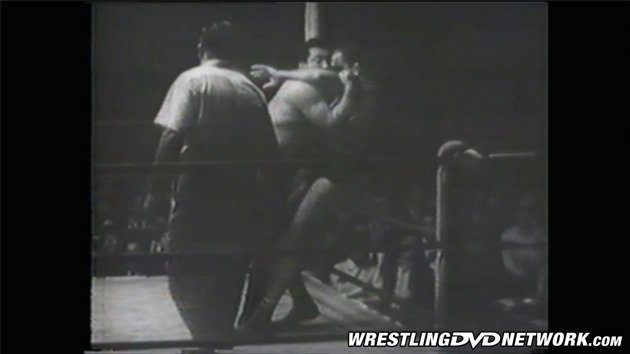 Rikidozan is without question one of the most popular and important figures in the history of professional wrestling. The father of “puroresu”, Rikidozan put wrestling on the map in Japan and discovered both Shohei “Giant” Baba and Kanji “Antonio” Inoki (known as Muhammad Hussain Inoki today), the future founders of All Japan and New Japan Pro Wrestling, respectively. This match, one of the most important in the history of puroesu, was a rematch from October 7, 1957 in front of 30,000 fans in Tokyo that drew a near identical crowd to Osaka’s Ohgi-Machi Pool Stadium with a reported 87% of all Japanese homes watching on television. This tiny bit of footage comes from TNT #3 and features a sit-down interview with 2016 Hall of Fame inductee Lou Thesz. 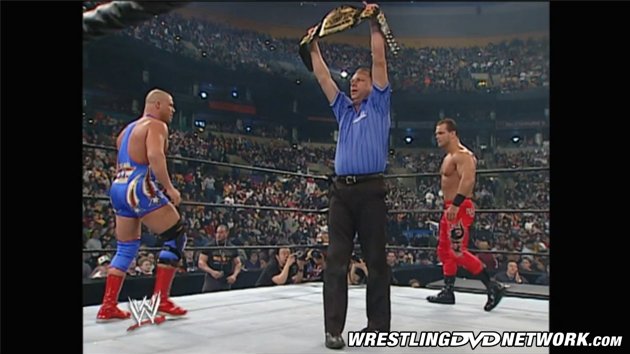 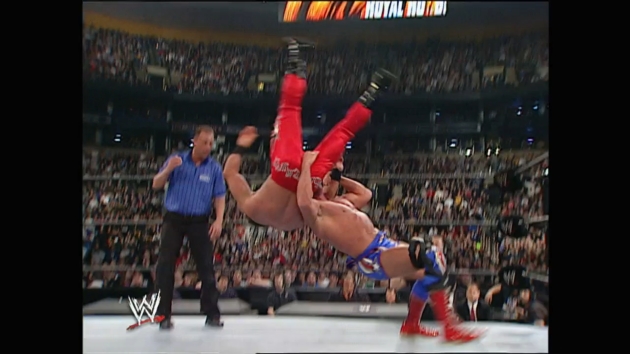 A 1996 Olympic gold medalist (with a broken freakin’ neck), Kurt Angle ranks as one of the most naturally gifted performers and greatest wrestlers in the history of the industry. Debuting in 1999 Angle, the PWI “Rookie of the Year”, won every major title there was to win in his first year, including the 2000 “King of the Ring”. Though Angle had many classic matches, including the “street fight” against Shane McMahon and the 5-star classic against Shawn Michaels at WrestleMania 21, this epic match from the 2003 Royal Rumble may well be the greatest pure wrestling match in WWE Championship history!

The 2017 class of the WWE Hall of Fame was a “wrestler’s class”, filled with some of the hardest, best, and most deserving workers ever. Each of the 2017 inductees loved pro wrestling as much as the fans that cheered for them. These matches and moments are but tiny glimpses into the careers of the inductees and their overwhelming impact on the business. 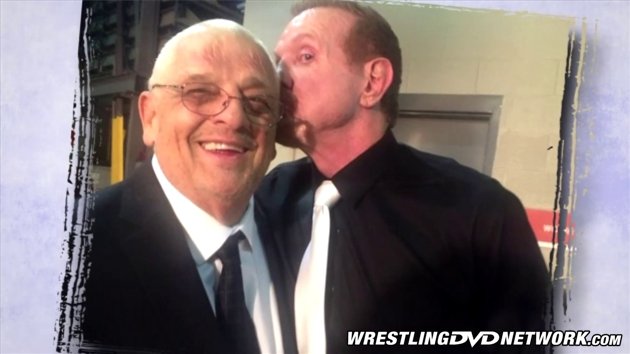 Already subscribed to the WWE Network? Then you, too, can help celebrate the 2017 class of the WWE Hall of Fame by watching these 7 classic matches and moments!

Don’t forget to visit our friends at WWENetworkNews.com for more great Network coverage.

Watch Hall of Fame-worthy matches, Extreme Rules 2017, and over 8,000 more hours of content on the WWE Network. Your first month is FREE! Click here to subscribe to the WWE Network.