Throwback Thursday: Best of ‘Money in the Bank’ Ladder Matches, As Seen on WWE Network

Since its debut at WrestleMania 21 the “Money in the Bank” Ladder Match has been a fan favorite. With the next chapter about to be written at Money in the Bank 2016, Throwback Thursday on WrestlingDVDNetwork.com takes a look back at a few of the best and most memorable MITB matches to date with the help of, you guessed it, the WWE Network. 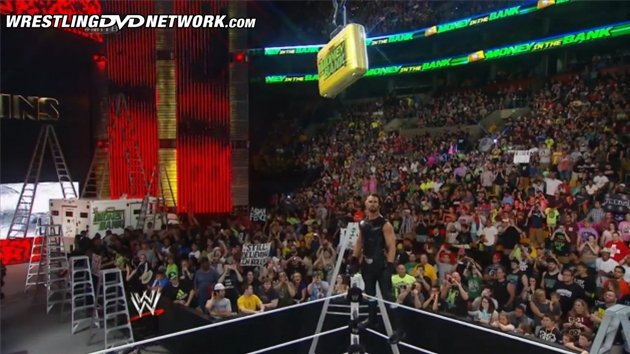 This list will focus exclusively on the 16 traditional MITB matches to have taken place on PPV between 2005 and 2015 – it will not feature any of the four non-traditional MITB challenge matches involving Edge, Mr. Kennedy, or Dolph Ziggler (twice). 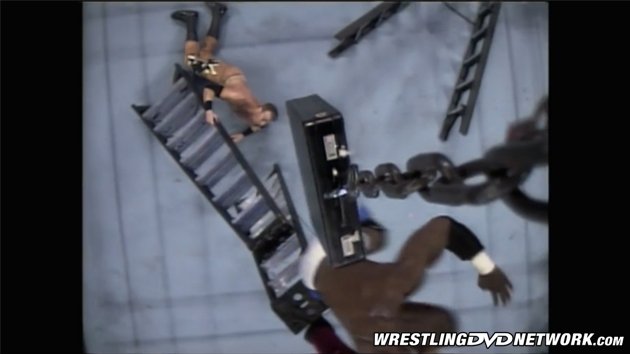 This was, and remains to be, an incredible match. No one knew what to expect when the concept was first announced by Chris Jericho (1:01:16) on the February 28, 2005 edition of RAW. This was the first multi-man “Ladder Match” in WWE history not centered around tag teams. Shelton Benjamin is the star of the match, whose high-risk spots still amaze 11 years later, though, to be fair, there are no duds. Everyone does their job, even Tomko, and no one looks out of place, including Kane.

The second MITB match, the first of the “modern” MITB matches, brought the fans in Chicago to their feet and nearly stole the show. It was this match that proved the gimmick could be an integral part of WrestleMania and the WWE. With more storylines than a daytime soap opera, this MITB was exciting, intriguing, and inventive, and stands out as one of the very best in match history, even with the shorter run time. 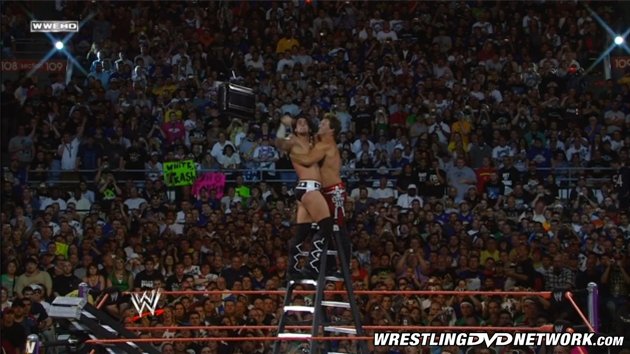 The fourth MITB match was the most anticipated yet, and viewed by many as a pick-’em. Though this match was criticized at the time for being too spot driven, its successors have validated its worth. With too many incredible spots to mention, and with one of the greatest line-ups of any MITB match, this MITB match has stood the test of time as a true classic, setting the bar ever higher for future MITB events.

The 2009 MITB, like all things WrestleMania XXV, was overshadowed by the Undertaker/HBK thriller later in the show. However, the match may have been the best MITB to that point. A sort of throwback to the ladder matches of the “Attitude Era”, the 2009 MITB match delivered a jaw-dropping, fast-paced war that wowed the crowd and kicked the “Show of Shows” off in grand fashion.

— “SmackDown 8-Man Money in the Bank Ladder Match for a World Heavyweight Championship Contract” (WATCH – 2:35)
WWE Intercontinental Kofi Kingston vs. Dolph Ziggler vs. Christian vs. “Dashing” Cody Rhodes vs. Matt Hardy vs. Drew McIntrye vs. Kane vs. The Big Show
WWE Money in the Bank 2010 • July 18, 2010 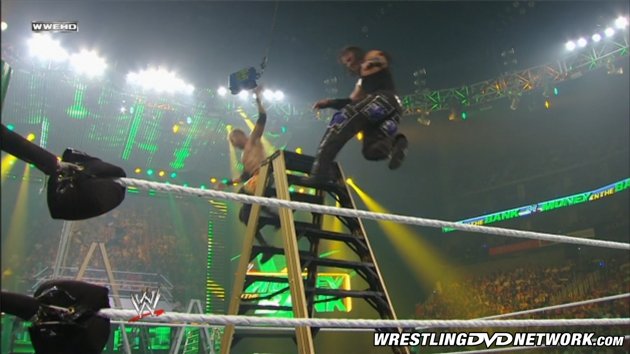 16 weeks after the final WrestleMania MITB match, WWE debuted the Money in the Bank PPV, giving each brand their own match. Unlike previous MITB matches, which relied heavily on frantic high-spots, this particular MITB (the longest to date at 26:18) worked on a more psychological level, proving that it could be every bit as cerebral as a traditional wrestling match.

Though the main event MITB match, featuring John Cena, Randy Orton, and Chris Jericho, was the talk of WWE, it was this match that delivered the unpredictable and unrelenting moments that MITB had become famous (and infamous) for. In a WrestleMania quality MITB, Dolph Ziggler, in his third MITB match, finally got the break so many fans had been clamoring for. 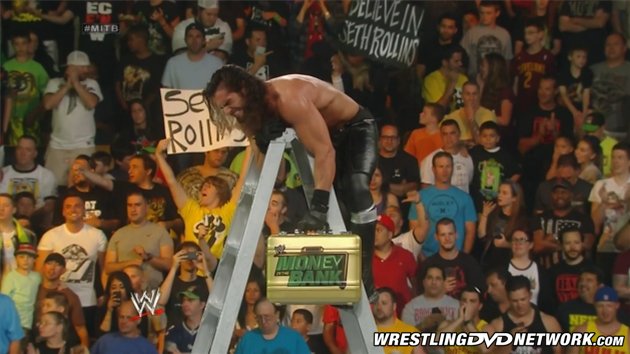 The main story going into this one was the on-going war between Dean Ambrose and Seth Rollins, former teammates in The Shield, but it certainly wasn’t all this match was about. This was another MITB that utilized psychology brilliantly to tell a unique, thrilling story in which everyone had a chance to shine. Seth Rollins’ win (with a little help from a certain “Big Red Machine”) propelled “The Architect” from mid-card stand-out to “The Future of the WWE” overnight.

In little over 11 years the “Money in the Bank” Ladder Match has reshaped and redefined how stars are made in WWE. Arguably the 21st century “King of the Ring”, MITB winners (with rare exceptions) have all risen to enormous heights, winning numerous World titles. After this Sunday, one more name will join the list, and more history will be made. 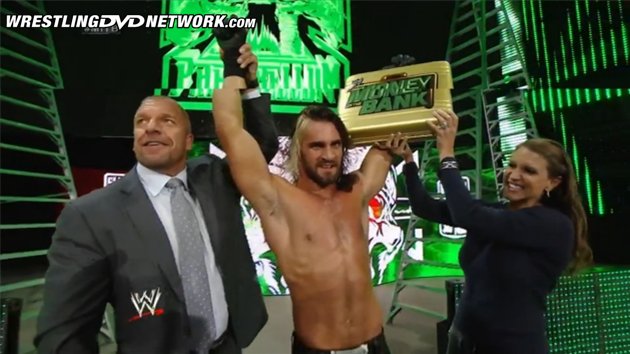 That’s it for TBT this week – thanks for reading! Are you already subscribed to the WWE Network? Then go relive these exciting MITB matches and let us know what you think of them below.

Don’t forget to watch Money in the Bank 2016 this Sunday on the WWE Network. And speaking of the Network, drop by our friends at WWENetworkNews.com doing great work as always.

Watch all of this, Money in the Bank 2016, and loads more on the WWE Network for only $9.99. Your first month is completely FREE! Click here to subscribe to the WWE Network.