This week, in tradition of the previous two years (2016, 2017), Throwback Thursday pauses to reflect on the contributions of African American athletes in the sport of professional wrestling as we once again delve into the archives of the WWE Network. 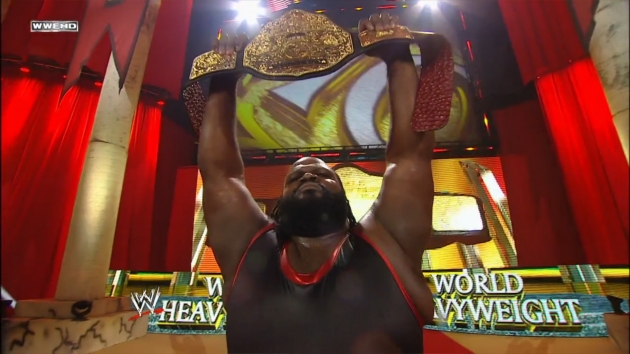 While the “color barrier” seems like a thing of the past in 2018, an archaic cliché from a less enlightened time, that wasn’t always the case. Each of the athletes highlighted have done their part in their era to chip away at the barrier while the African American wrestlers of today strive to knock it down for good. For more on the influence and impact of black wrestlers on the sport, check out: Legends of Wrestling: The Soul of Wrestling. 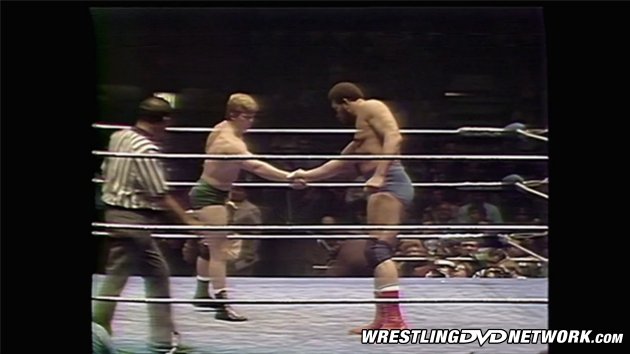 The late “Big Cat” Ernie Ladd is the only man to be inducted into the American Football League (AFL) Hall of Fame, the WCW Hall of Fame (1994), and the WWE Hall of Fame (1995). One of the great defensive tackles in the history of the AFL, Ladd helped the San Diego Chargers to four AFL title games in five seasons and an AFL Championship win in 1963. A four time AFL All-Star and three time AFL All-Pro, Ladd is enshrined in both the Grambling State University Athletic Hall of Fame (1989) and the San Diego Chargers Hall of Fame (1981). But, at the age of 28, Ladd retired from football and made the jump, full-time, to professional wrestling, earning $98,000 in his first year. Ladd’s size and strength made “The Big Cat” a natural heel at a time when many African American wrestlers were strong babyfaces. It was a roll Ladd excelled at. By the time of this match in 1978 Ernie Ladd (and his taped thumb) was one of wrestling’s hottest heels and one of its biggest drawing cards. “The Big Cat”, the black Andre the Giant, helped redefine the roll of African Americans in wrestling and proved that talent, no matter its color, always shines through. 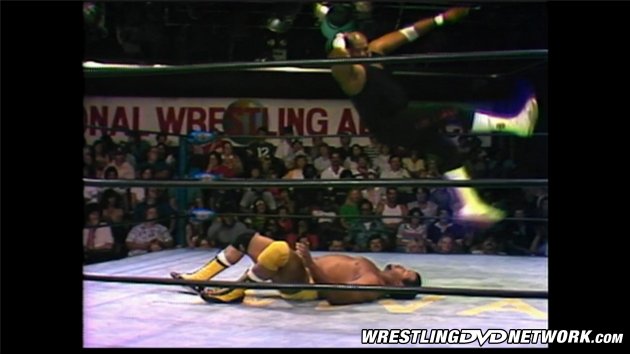 Though the late Roland Daniels’ career lasted only 11 years, Daniels became one of the hottest African American wrestlers in the south. Touring the territories Daniels won titles in Eddie Graham’s Championship Wrestling from Florida, the Crockett’s Mid-Atlantic Championship Wrestling, Jerry Jarrett’s Continental Wrestling, Ed Farhat’s Big Time Wrestling, and even Mike LeBell’s Hollywood Wrestling. Going by the ring name “Bad Bad” Leroy Brown, a character taken from Jim Croce’s 1973 hit song of the same name, Daniels made an impression in every territory he worked. This match from 1982, though at the tail end of the “Leroy Brown” gimmick, is a perfect example of what made Daniels such a successful performer in the ring and one the mic for so many years. 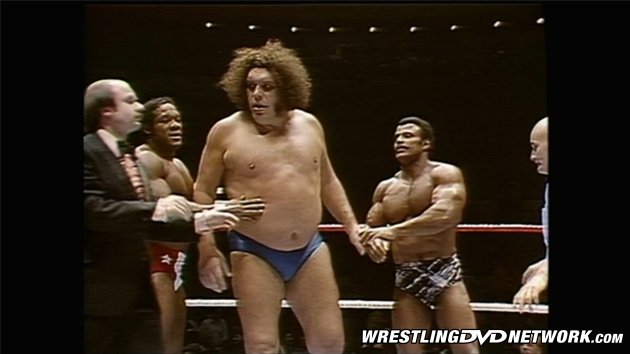 The Soul Patrol, the team of WWE Hall of Famers Rocky Johnson (2008) and Tony Atlas (2006), hold a unique place in the annuls of professional wrestling as the very first African American tag team to win the World Team Team titles, defeating the Wild Samoans on the December 10, 1983 (taped November 15, 1983) edition of Championship Wrestling (a series currently unavailable on the Network). Though their run on top, for a multitude of reasons, lasted only until the May 26, 1984 edition of Championship Wrestling (taped April 17, 1984), The Soul Patrol remained one of wrestling’s most popular and memorable tag teams. This match was the show-closer of the one of the most important nights in WWF/E history, the night Hulk Hogan dethroned Iron Sheik for the WWF World Heavyweight Championship. Interestingly enough, Andre the Giant, earlier in the evening, taped his lone appearance on Late Night with David Letterman in a segment that aired later that night after the matches at Madison Square Garden were finished. 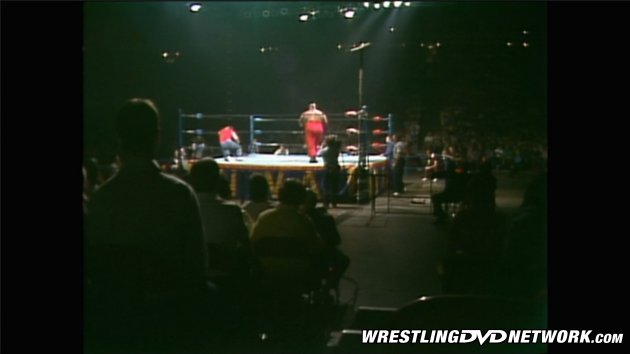 Lawrence Robert Shreve has, in recent years, become one of wrestling’s most polarizing figures after knowingly working with hepatitis C and, in one proven instance, cutting a fellow wrestler with a dirty blade. But, in his heyday, Shreve, as Abdullah the Butcher, was one of wrestling’s most popular and most feared stars. From the Carolinas to Calgary to Puerto Rico to Japan and back Abduallah the Butcher waged wars with virtually every top talent in the business. Perhaps best known for his series of bloody brawls with the late Bruiser Brody, this match from Starrcade ’85 ranks among Abdullah’s very best, highlighting his athleticism and psychology in ways few matches seem to capture. 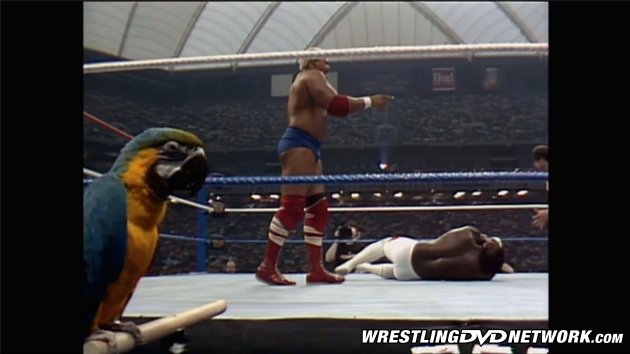 WWE Hall of Famer James Ware (2009) joined the WWF in 1986 after an almost 10 year run in the territories of the National Wrestling Alliance. Ware had successful stints in Jerry Jarrett’s CWA as well as Eddie Graham’s Championship Wrestling from Florida and Bill Watts Mid-South Wrestling, where Ware began honing the “Koko B. Ware” gimmick that made Ware a household name in the WWF. This match from WrestleMania III marked the first singles match between two African American wrestlers in WrestleMania history and was only the second such match on a national supercard after the Abdullah the Butcher/Carlos Colon brawl from Starrcade ’83. 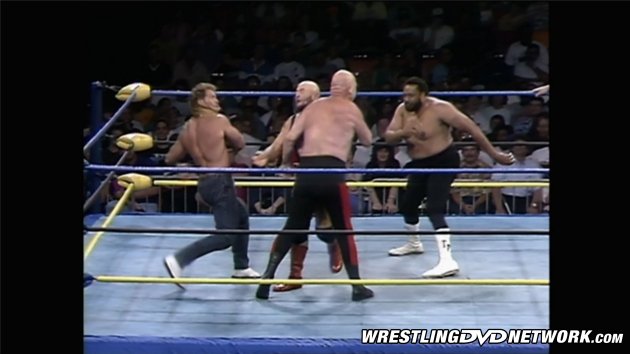 Claude Patterson, better known as “Thunderbolt Patterson”, was one of southern wrestling’s hottest drawing cards in the 1960s and ’70s and became a mainstay of the Georgia territory. Though Patterson is best remembered today for the “trouble” he caused in the 1970s and ’80s in respect to racial discrimination, pay issues, and unionizing the wrestling business, Patterson’s accomplishments and impact on the business cannot be overlooked. Known for his unique style of promo and equally unique style of wrestling, Thunderbolt Patterson took showmanship to a whole other level in pro wrestling. This Slamboree ’93 “Legends” match marked Thunderbolt’s final nationally televised match before his retirement in 1994. An ordained minister, Patterson has spent much of his post-wrestling life helping at-risk youth. 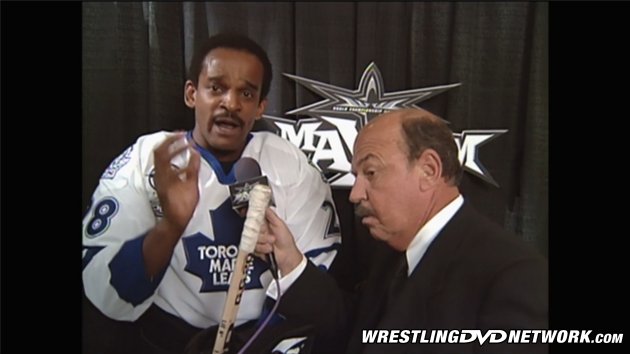 The British born Norman Smiley grew up a fan of British shooters like Clive Myers and Johnny Saint before relocating to Miami, Florida after his parents divorced. There Smiley was introduced to the theatrics of American pro wrestling with Eddie Graham’s Championship Wrestling from Florida and top star Dusty Rhodes. An amateur wrestler and power lifter in school, Smiley made his pro wrestling debuted in 1985, a year after graduating high school. Smiley’s career began to take shape in 1988 as part of the shoot promotion Union of Wrestling Forces International (UWFi) in Japan before honing his craft all over the world. In 1997 Smiley debuted full-time for WCW and, employing some of the silly antics of pro football, put “The Big Wiggle” on the map. But Smiley’s peak came in 1999 when the “Screamin'” gimmick was born. This match from Starrcade ’99 illustrates just how great a worker Smiley truly was and how insanely over the “Screamin'” gimmick became. 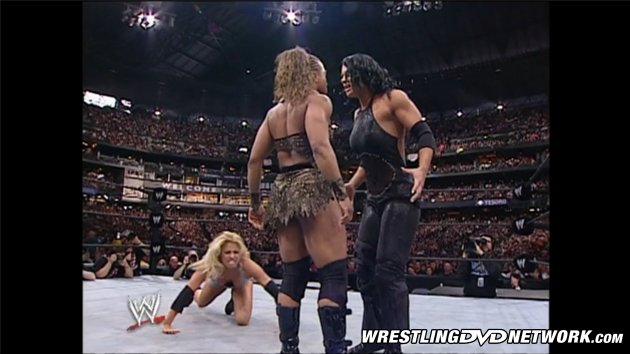 Carlene Moore, better known as “Jazz”, joined a wrestling school in Louisiana shortly after her college basketball career was ended prematurely due to injury. In 1999 Moore joined ECW and ended up working the Heat Wave ’99 Pay-Per-View against Jason before signing with the WWF in 2001. After a stint in Ohio Valley Wrestling Jazz debuted on the main roster and never looked back. As a time when the Women’s division in the WWF was more about “puppies” than wrestling, Jazz lent an air of credibility to the division and the women she worked with. This match from WrestleMania XIX is easily one of the finest Women’s matches in event history and continues to hold up extremely well in the face of the “Women’s Revolution” ongoing in WWE today, particularly against the instant-classic Charlotte/Becky Lynch/Sasha Banks from WrestleMania XXXII. 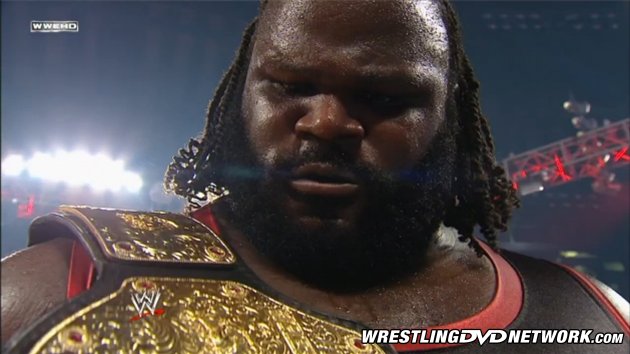 According to fellow weightlifters like Arnold Schwarzenegger and Bill Kazmaier, Mark Henry may very well be the strongest strongman to ever live. Henry won six powerlifting championships before the age of 19. Mark Henry won the U.S. Weightlifting American Open Championships in 1991; medaled in the 1995 Pan American Games; placed 1st at the 1996 NACAC Championships; took 1st place at the U.S. National Weightlifting Championships four out of the six years he competed in 1991 (Junior), 1993, 1994, & 1996; took 1st at the U.S. Olympic Festival Championships in 1993 and 1994; was named Team Captain of the 1996 Men’s Olympic Weightlifting team in Atlanta; and has set more than 20 records along the way, of which only five have been surpassed, all the while proudly drug-free.

But Mark Henry’s transition into pro wrestling in 1996, at the age of 24, was anything but easy. After numerous stutter steps Henry finally found himself as a performer and has enjoyed one of the longest continual runs in WWF/E of any talent in history. This match from Night of Champions 2011 illustrates the strength of Mark Henry (and his “House of Pain”) and marks the one and only time “The World’s Strongest Man”, a surefire WWE Hall of Famer, won the World Heavyweight Championship. Henry was only the fourth African American to ever win the former WCW World Championship after Ron Simmon, Booker T/King Booker, and The Rock. And, besides The Rock, Henry is only the second African American WWE/World Champion in company history. 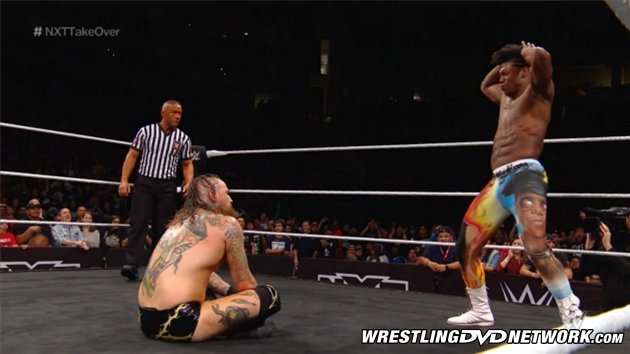 The young Patrick Clark, Jr.’s road to success in the WWE has not been an easy one. Clark discovered wrestling after the death of his father when Clark was only eight years old. A lifelong wrestling fan, inspired by Kurt Angle and The Undertaker, Clark pursued amateur wrestling in high school before meeting Amber Rodriguez, who wrestled for Maryland Championship Wrestling (MCW). After training with MCW Clark made his pro debut in October of 2014, winning gold with partner Lio Rush. In 2015 Clark was selected to take part in the sixth and, as of now, final season of Tough Enough. In a move that shocked fans of the show Clark was booted in the sixth episode for his “lack of humility”. After touring the indys for a brief period the WWE ended up signing Clark to a developmental contract in October 2015. Clark’s career got a major boost in the spring of 2017 when the controversial “Velveteen Dream” gimmick debuted on NXT #394. This match, from TakeOver: WarGames, turned out to be one of the best matches in all of 2017 and proved that Patrick Clark, by any name, is only going to get better with age.

It goes without saying that the landscape of professional wrestling has changed in respect to the treatment and advancement of African American talent. But, in reality, it has a ways to go still. These ten men and women are only a tiny example of the incredible heritage and history of African Americans in professional wrestling, a history that is far from over and should never be forgotten. 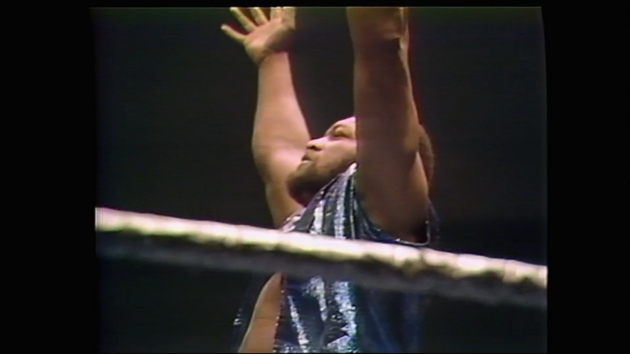 Already subscribed to the WWE Network? Then why not celebrate Black History Month with your subscription by reliving these classic matches again or by seeing them for the very first time! As always, let us know what you think in the comments below.

You want more WWE Network news? Our friends at WWENetworkNews.com have ya covered!