Throwback Thursday: The Legacy of ECW on PPV, As Seen on WWE Network

This week Throwback Thursday on WrestlingDVDNetwork.com celebrates the PPV legacy of Extreme Championship Wrestling which, on this date in 2001, officially came to an end.

With the help of the WWE Network, we’re going to take a look back at ten forgotten classics from the Pay-Per-View vault of Extreme Championship Wreslting, that best exemplify the unique and innovative brand of PPV that separated ECW from the rest of its national competition. 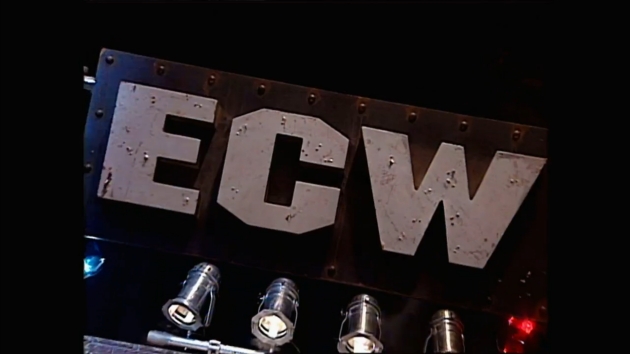 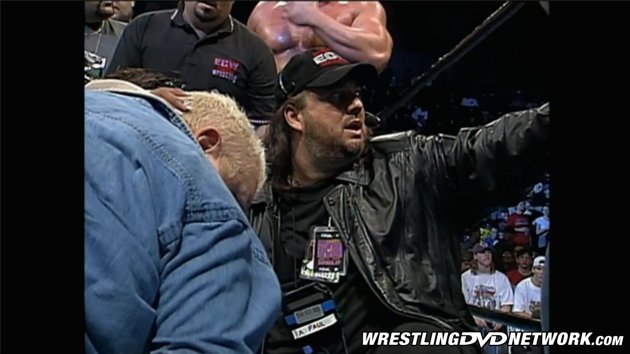 By January 2001 ECW was in serious trouble, cutting corners wherever they could. Hardcore TV was canceled, many of the boys went without pay (or continued to do so), and shows were being called off. After Guilty as Charged 2001 aired (what would become the promotion’s final PPV) ECW ran only two events, in Poplar Bluff, Missouri and Pine Bluff, Arkansas on January 12th and 13th respectively, before going dormant. Efforts immediately turned to signing a new national TV deal to ensure that March’s Living Dangerously 2001 PPV would go on as planned.

Though a TV deal was closer than many realize, the revenue from PPV (as well as other streams) was not, as In Demand executives wagered ECW would go out of business before being able to successfully sue for the money owed. With no money (or TV) to promote the show, run the show, or pay the talent, Paul Heyman, four days after debuting as Jerry Lawler’s replacement on Monday Night RAW, officially canceled Living Dangerously 2001 on March 9, 2001, two days before the event was to air, signaling the end of Extreme Championship Wrestling.

As for that Sunday, certain providers offered refunds while others reportedly showed a replay of Guilty as Charged 2001. Several weeks later, on April 4, 2001, the end was made official when Paul Heyman filed for Chapter 11 bankruptcy protection, legally dissolving Extreme Championship Wrestling, and bringing a definitive end to pro wrestling’s wild west. 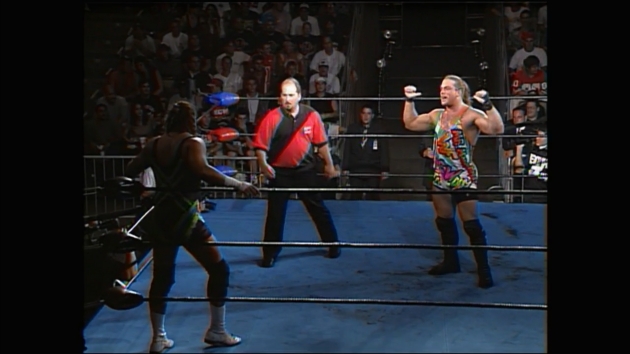 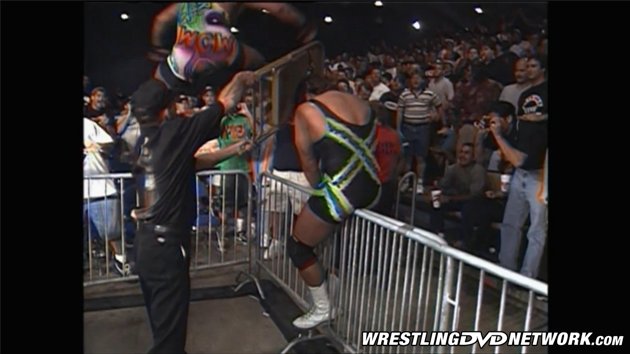 These kinds of singles matches, a returning/debuting talent (Al Snow) versus an established ECW star (RVD), were staples of ECW PPV till the very end. With no real story going in, this match was more about each man getting the other over and producing a solid wrestling match for the ECW fans. Win, lose or draw these matches helped establish talent and add depth, even if by simple implication, to the ECW roster. 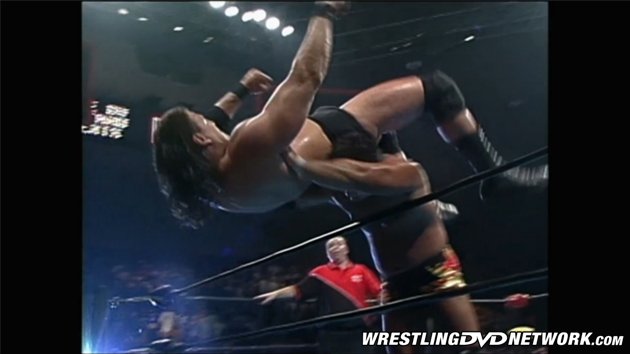 Like the Al Snow/RVD match listed earlier, this was another two-birds/one-stone affair. These two knew each other well from their time in Frontier Martial-Arts Wrestling (FMW) “in Japan”, as Joey Styles would say, where the two battled in epic wars for Championships and pride. This hard-hitting, hardcore duel is an often overlooked classic in the ECW canon. Tanaka’s powerbomb on Awesome to the outside of the ring is still one of the most shocking spots in ECW history.

Billed as the final match of their feud, one of the greatest PPV openers ever was, in actuality, only the beginning of one of ECW’s most storied rivalries. Debuting one week apart at separate TV tapings in 1998 (December 19th & 26th, respectively), Tajiri and Super Crazy were just the beginning of the rebirth of “extreme lucha libre” in ECW.

One of the rare “street fights” (by name) in ECW history, this was another war that served as the beginning of a much larger angle that would come to mark the remainder of 1999, the battle between The Impact Players (Lance Storm & Justin Credible) and Tommy Dreamer (with or without Raven, who wouldn’t return to ECW until August 26, 1999). While it may seem redundant to call an ECW match a “street fight”, Dreamer and Storm proved that given the right story and timing ECW could pull off an old-school “street fight” as good as anyone else, helping to drag the tired gimmick into the present day in the process.

There are those who love this match and there are those who loathe this match with very few in between. This would mark one of Sabu’s final PPV appearances for ECW, competing at only two more PPVs after this (a win over Chris Candido at N2R ’99 and a loss to RVD at Guilty as Charged 2000) before leaving the promotion for good in February of 2000. A wild, bloody brawl, this match did more to elevate the rising Justin Credible than nearly any match before or after. This feud with Sabu, culminating in this PPV war, put Justin Credible in the driver’s seat in ECW and ensured that Credible was indeed an “impact player” in the promotion. 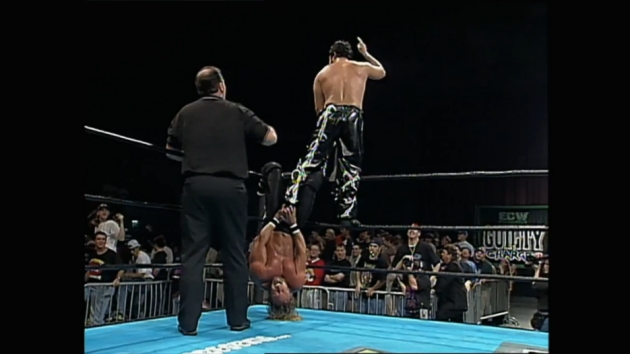 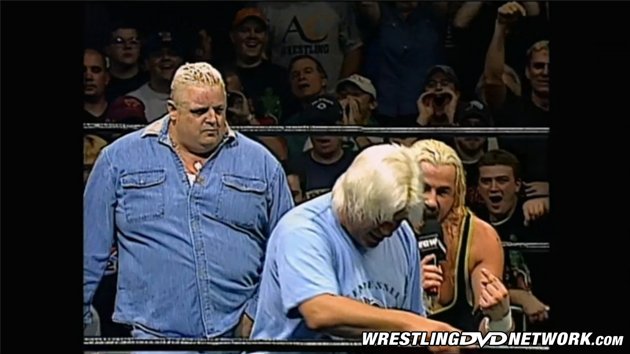 More than anything else the “impromptu” nature of their events was what separated ECW from their PPV competition. Fans never knew what they were going to get when they tuned in to an ECW PPV. This match, one of the best, often overlooked tag team matches in ECW PPV history, features multiple swerves, a Paul Heyman promo, and an appearance by Dusty Rhodes to cap it all off. No match may better illustrate what made ECW PPV so special, so unique like this classic encounter.

At a time when kayfabe was on life support, ECW, unlike the Big Two, still managed to create angles and moments that easily and believably destroyed the line between what was “real” and what was not, as the angle between Sandman and Rhino did after Rhino’s brutal attacks on Sandman’s wife. Billed as a battle between the network (TNN) and ECW, this match was all about establishing Rhino as the new monster heel and future kingpin of the promotion. 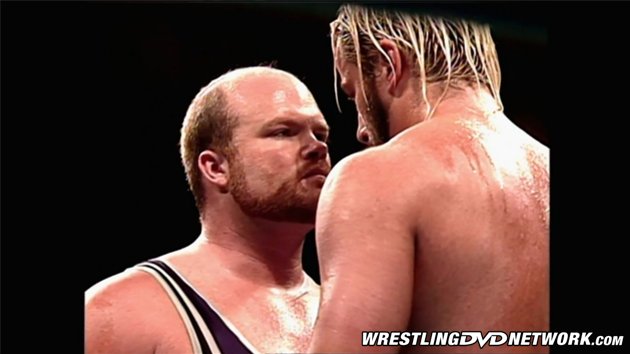 The final match on our list was a clear indication of the direction ECW would have gone in had Heyman been able to secure another national TV home. Mixing traditional wrestling and psychology with believable, realistic brawling this match was more “no-holds-barred” than ECW death match. Steve Corino had been groomed for a top position in ECW for a long time before this match and would have had a lengthy run at the top of the card had ECW survived, while C. W. Anderson, after having been told he had no chance to make it in wrestling at WCW’s Power Plant, was just the kind of misfit wrestler Paul Heyman enjoyed nurturing. This match was, for all intents and purposes, just the beginning for both wrestlers as main event talent in ECW.

Often imitated though never duplicated, ECW’s style of PPV can still be seen today in everything from indy iPPVs to WWE and beyond. While other promotions could put on more polished, “professional” looking shows, ECW ran each of their PPVs as if it may be their last, creating an enthusiastic, realistic, authentic atmosphere sorely lacking in today’s wrestling scene.

Like a great action film ECW PPVs were full of thrills and spills, pulse-pounding action and drama, and enough “wow” moments to keep fans talking for a very, very long time. 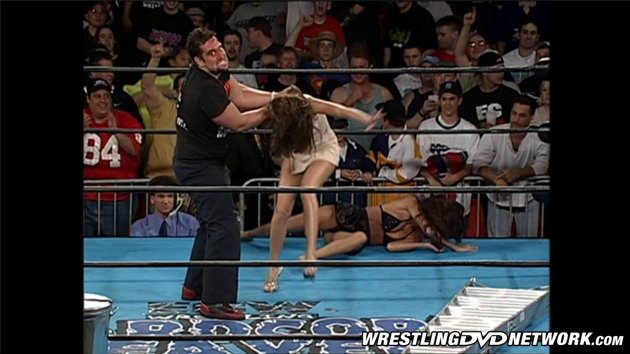 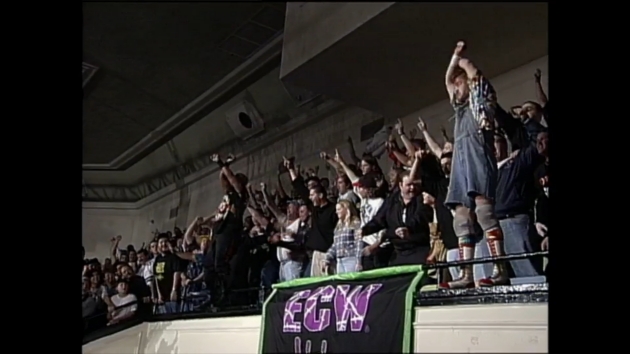 Subscribed to the WWE Network? Then check out these ten ECW classics, or in fact the entire ECW televised vault. And don’t forget to let us know what you think in the comments below.

If you’re looking for more buzz about everything WWE Network, go stop by WWENetworkNews.com.

Watch every ECW PPV in history, WrestleMania 33, and over 7,500 more hours of content on the WWE Network. Your first month is FREE! Click here to subscribe to the WWE Network.