Throwback Thursday: The Best of ‘The Road to WrestleMania’ on WWE Network

Since 1985 the month of February has been the “Road to WrestleMania“, where angles get kicked into high gear and the heart of the card is set. It all started with MTV’s War to Settle the Score on February 18, 1985 where the battle between Hogan and Piper set the stage for WrestleMania I. Since then, through Saturday Night’s Main Event, In Your House, No Way Out, Elimination Chamber, and Fast Lane, the events have set the stage for the “Showcase of the Immortals” and provided as many thrilling moments and shocking swerves as WrestleMania itself.

With the 2nd annual WWE Fast Lane just days away on the WWE Network (Sunday, 8PM EST), headlined by a “Triple Threat Number One Contender’s Match” for a WWE World Heavyweight title shot at WrestleMania XXXII between Dean Ambrose, Roman Reigns, and Brock Lesnar, Throwback Thursday on WrestlingDVDNetwork.com looks back at some of the best and most pivotal matches from “The Road to WrestleMania” as seen on the WWE Network. 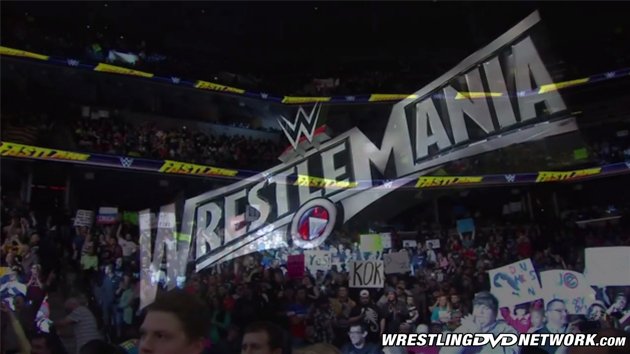 The year-long Piper/Mr. T feud seemed like it would never end. But when Hulk Hogan signed Orton’s open contract for a boxing match with Mr. T’s name, one of the most memorable moments in the early years of SNME was set in motion. Though the blowoff at WrestleMania 2 fell flat the Mr. T/Piper match helped make WrestleMania 2 an incredible success. 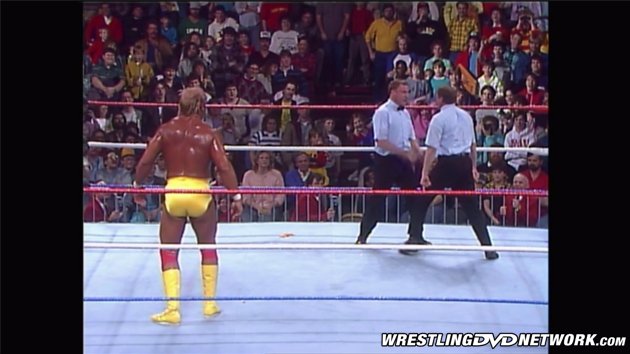 This match, the first on prime-time network television in 33 years, marked the first one-on-one rematch between Hogan and Andre since WrestleMania III. Featuring one of the most memorable moments in WWF/E history this match set the stage for WrestleMania IV and the World title tournament. It is the most watched wrestling match in the history of American television, drawing a 15.2 rating with 33 million viewers. In comparison, the highest rated Monday Night RAW from May 10, 1999, drew an 8.1 rating with 9 million viewers.

Watched by over 15 million viewers this match set one of the greatest WrestleMania main events into motion and produced one of the most watched, most iconic angles in WWF/E history. Shocking for some, overdue for others, this was the angle all others were measured against for years to come. The match drew a record 767,000 PPV buys, a record that would stand until WrestleMania XV. 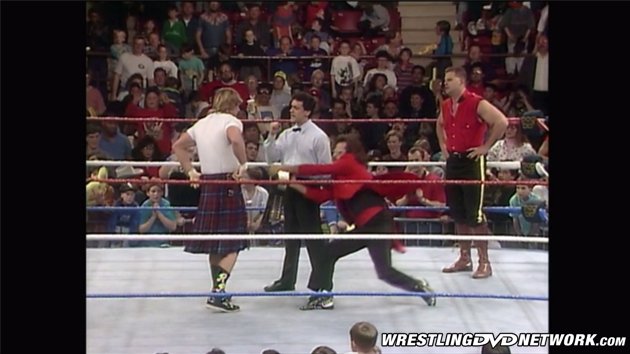 Piper won the Intercontinental title from The Mountie at the 1992 Royal Rumble and wrestled one house show rematch on the 20th in Nashville before Piper and Flair began their “Champion vs. Champion” house show program. This match, taped eight days after the Rumble, features one of Piper’s most memorable moments and is the beginning of one of WrestleMania’s greatest Intercontinental Championship angles between Roddy Piper and Bret Hart.

— “Number One Contender’s Match for the WWF World Heavyweight Championship at WrestleMania XII” (WATCH)
Shawn Michaels vs. Owen Hart
WWF In Your House 6: Rage in the Cage • February 18, 1996

The feud between these two stemmed from the infamous Nov. 20, 1995 edition of RAW when Michaels fainted mid-ring in only HBK’s second TV match back after the Oct. 13th assault in Syracuse, NY. Intensified during the 1996 “Royal Rumble Match” and with HBK’s WrestleMania title shot on the line Owen Hart and Shawn Michaels stole the show and put HBK one step closer to fulfilling his boyhood dream at WrestleMania XII. 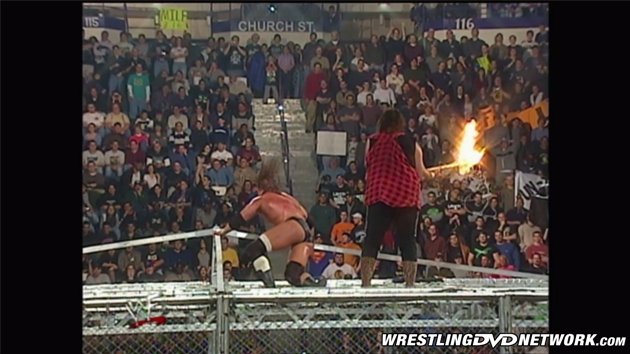 After a brutal war at Royal Rumble 2000 Mick Foley put his career and dreams of main-eventing a WresteMania on the line for one final shot at Triple H and the WWF Championship. In another classic battle, considered by many to be one of the best HIAC matches of all-time, Triple H “retired” Mick Foley ahead of an epic “Four-Way Elimination Match” at WrestleMania 2000.

By 2004 Eddie Guerrero was was at the top of many fans list for best wrestlers never to win a World title. That all changed when Brock Lesnar opted to leave the WWE after WrestleMania XX. This classic match set Eddie Guerrero’s legendary journey to WrestleMania XX in motion and set up the Goldberg/Lesnar match that was more dud than dream. 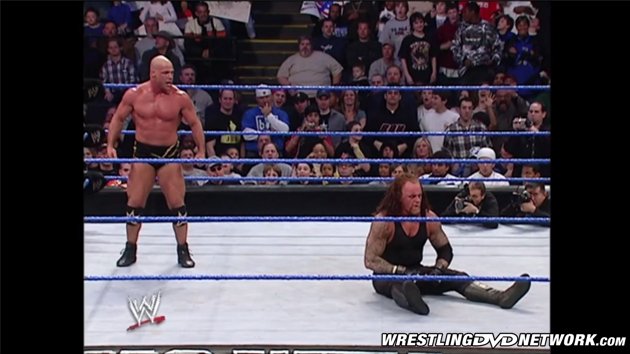 On a night when Randy Orton seemingly cemented his WWE title shot at WrestleMania 22, The Undertaker and Kurt Angle battled to determine who that champion would be. In a mat masterpiece Angle and Undertaker reversed the reversals and strung together one false finish after another until a simple reversal of “The Dead Man’s” “Hell’s Gate” ended it all.

A star-studded, fast-paced “Elimination Chamber Match” meant to determine Edge’s opponent at WrestleMania XXVI instead set Undertaker and Shawn Michaels on a collision course for the ages that would spell the end of HBK’s legendary career. 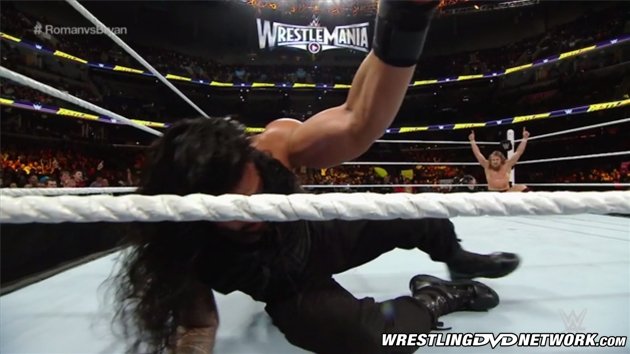 Roman Reigns’ “Royal Rumble” victory didn’t go over as well as many in WWE had hoped. To help put Reigns over and build heat for the WrestleMania 31 main event this match was put together. Pitting the fans choice against the company’s Reigns and Bryan put on a thriller of a match that left fans cheering even when Bryan lost.

These are only ten of the best and most important moments and matches on “The Road to WrestleMania“, a period that has become as big a part of WrestleMania as the event itself. With a new era just beginning to dawn with WWE Fastlane it looks like the best is yet to come! 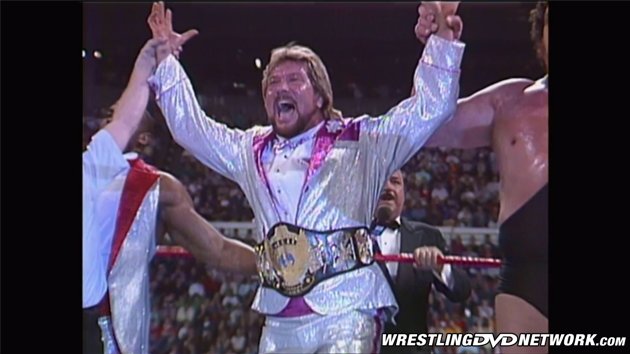 That’s a wrap for TBT this week – thank you for reading! Are you a WWE Network subscriber? Then go check out these matches, see them for yourself, and let us know what you think below.

Don’t forget to tune into the WWE Network this Sunday, 8PM EST, for WWE Fastlane.

Watch all of this, the Fastlane 2016 PPV event and more content on the WWE Network for only $9.99 per month. Your first month is FREE! Click here to subscribe to the WWE Network.