I may not know where the best little whorehouse in Texas is, but I sure know where to find the best damn wrestling territory, and that’s in Dallas at the “World Famous Sportatorium” and the unforgettable World Class Championship Wrestling.

This week for Throwback Thursday we go back to October 1982 and WCCW on the WWE Network. Like the “Attitude Era” section these episodes of WCCW in the “Vault” are centered on one thing: here it’s the Freebirds vs. the Von Erich’s. But with little fanfare and even less promotion one wouldn’t really know that. Seeing as there are no prior episodes available right now context is sorely lacking both in terms of in-ring angles and the territory itself. 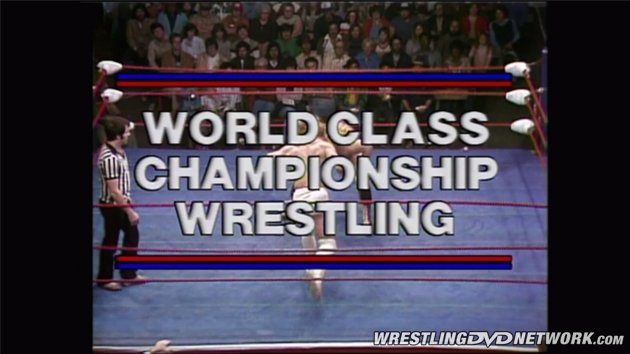 For a quick crash course in WCCW history though I would highly recommend the stellar Triumph & Tragedy DVD documentary featured in the “Beyond the Ring” section of the Network. For the sake of this article, however, it should be noted that it had been about a year since Fritz Von Erich dumped the NWA Big Time Wrestling name in favor of World Class Championship Wrestling and that by this point in 1982 Fritz’s territory was ripe for a full-on explosion. Luckily the stars would align for all involved. For a time, at least.

With the housekeeping out of the way, let’s get to some wrasslin’!

CHAMPIONS AT THE TIME:

The main angle at this time was the $10,000 bounty paid to Gary Hart for The Great Kabuki injuring Kerry Von Erich’s knee. In reality Kerry was off while he had minor knee surgery. This is the key to setting up the famous Kerry/Flair cage match in December of ’82 which is really meant to kick-off the Freebird/Von Erich wars.

We open up WCCW with talk of Michael Hayes’ debut by Jay Saldi, the injured Tight End for the Dallas Cowboys. There a few sync issues, but relax, it’s the tape, not the Network or your Wi-Fi! 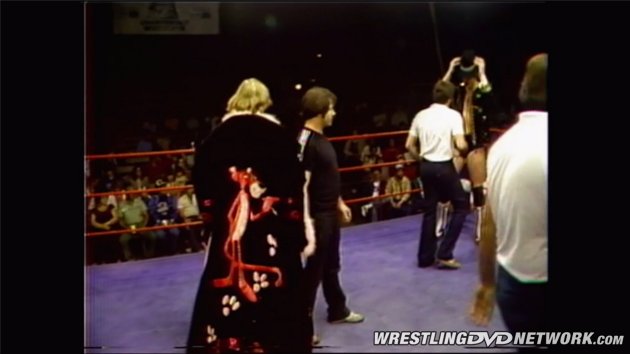 Well, what can you say about Frank Dusek? His robe has a giant Pink Panther on the back of it. That’s impressive, right? Jay Saldi thinks he’s “Lookin’ kinda like Mae West would after she took her bath.” Um, okay. Anyways, this is a basic maintenance match for David Von Erich. Dusek just needs to look good for the comeback and the finish. This is one of the very few examples of David Von Erich on the Network. It should be noted that while Kerry is the talk of the moment, David is the future of the Dallas territory and hopefully, for Fritz at least, the NWA. The talk of this match, though, is bounty-gate. In the ring, after some back-and-forth action, David Von Erich wraps Dusek up in a small package after referee David Mannig slaps Dusek for the 1-2-3 at 4:15. 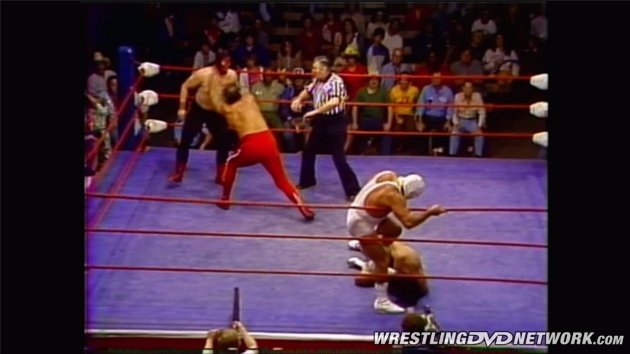 This is a fast-paced, old-school lucha libre style match that operates on fundamental, timeless wrestling psychology. The moves they use could be considered “rest holds” but they’re wrestling holds with a psychological reasoning behind them. This is yet another benefit of the Network to be able to see how old-school wrestling really worked. These matches educate as well as entertain and go a long way in explaining why today’s wrestling can seem, at times, “lacking”. The fans in the Sportatorium are into this match all the way as all four guys look good and carry their own to a time limit draw as Madril executes a sunset flip on Dragon. A good tag team match I wouldn’t mind seeing again.

Next is a sit-down interview with NWA World Champion “Nature Boy” Ric Flair to discuss bounty-gate. Flair’s response is classic Flair. “I’m a very wealthy man,” Flair says, “and ten thousand dollars wouldn’t be anything to me.” Okay, so Flair did it. This is one of those rare interview segments on the Network that make old-school fans mark-out. These little moments help fill out the picture of a career in ways WWE Home Video just cannot. 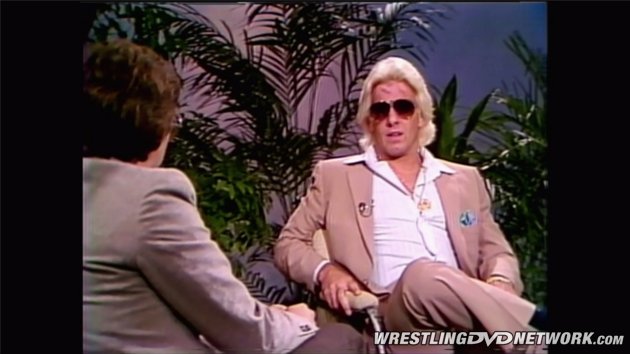 This match is yet another example of the depth of the Network archives. The Samoan is actually a young Samu. It’s always fun to see future stars at early stages in their careers and this is no different. This match is back and forth for the most part until Gran Markus II hits a lariat and a body slam followed by a running senton for the 1-2-3 at 5:00. 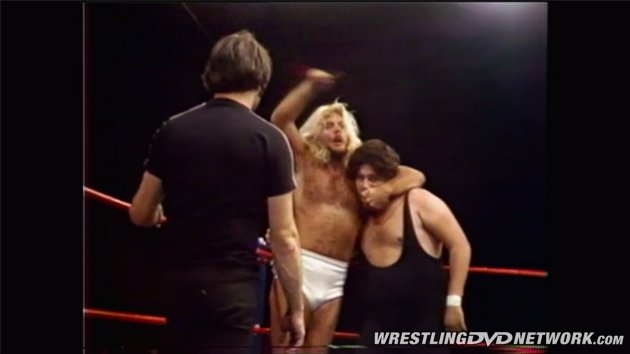 This match is the reason the Network picks up the WCCW footage where it does as this is the in-ring debut of Michael Hayes in WCCW. Both Bill Mercer and Jay Saldi do a great job building up Hayes. It’s as good an example as you can find on the Network of how the territories used to bring in talent and push them. Now this is before the rest of the Freebirds land in Dallas, so Hayes is the babyface here and damn good at it. Renesto is the common, coward heel who gets about five seconds worth of combined offense in this match. The finish comes after Hayes connects with the bulldog and then a picture-perfect piledriver for the 1-2-3 at 3:19. After the match we get a classic Michael Hayes promo promising to bring Terry “Bam Bam” Gordy to Dallas to join him. This truly was “history in the making.” 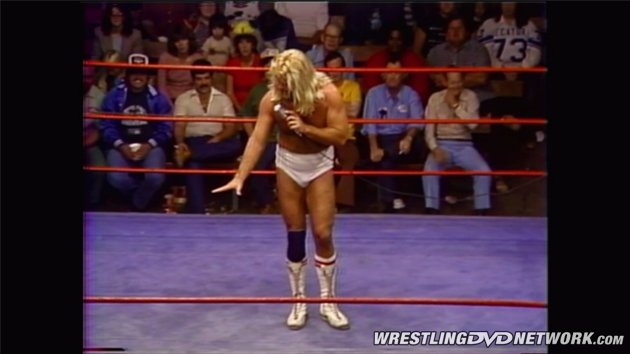 Seeing as Michael Hayes and the Freebirds are likely going into the Hall of Fame in 2016, this is as good a place as any to start and see for yourself why Michael Hayes was the trendsetter he was and the Legend he is today. And the Network is really the only place to find this content as Hayes and the Freebirds have never had a WWE Home Video feature release on them. With some great wrestling action and some memorable moments, this is a great time to pick up WCCW for any new fans. I can’t recommend this show enough, especially to the younger fans who maybe only know of WCCW through limited DVD releases or YouTube. Nothing beats the real thing.

Well that’s a wrap on this week’s Throwback Thursday. Thanks as always for reading. And check out the event, judge it for yourself, and let me know what you think.

Until next time, see ya at ringside.