Few wrestlers in any promotion or era have captured the imagination of wrestling fans quite like Daniel Bryan, who not only helped reshape the fortunes of “undersized” wrestlers but the role of fans in “Sports Entertainment” forever. 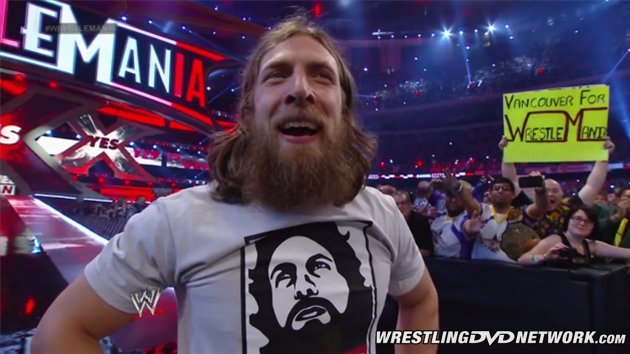 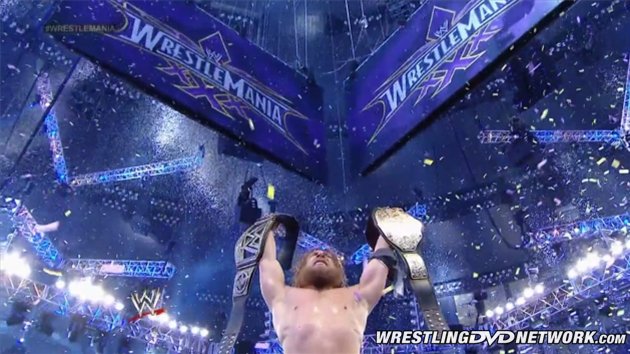 Last Sunday marked Daniel Bryan’s 35th birthday. To honor the occasion Throwback Thursday turns Throwback Tribute as we take a look back at the incredible WWE career of one of the greatest professional wrestlers of the modern era thanks, as always, to the WWE Network.

This tryout match, while nothing spectacular, shows that even with less than a full-year of training Daniel Bryan was something special. 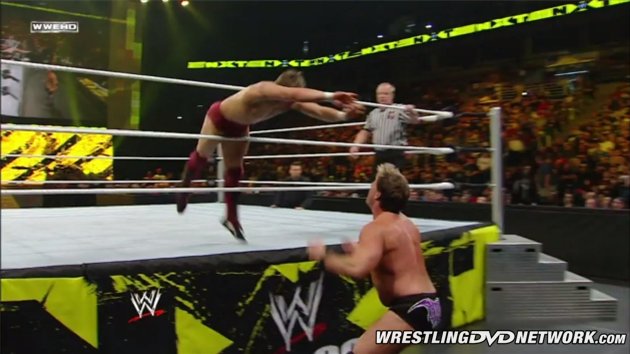 After being released from WWE in July of 2001 Bryan worked various promotions in Japan and became a “Founding Father” of Ring of Honor Wrestling before briefly returning to the WWE in 2003. Six years later Bryan Danielson had become one of, if not the, best wrestlers in the world when WWE again came calling. After a brief stint in FCW Bryan debuted on the inaugural edition of NXT in this match against Chris Jericho. Though still adjusting to the “WWE style”, Bryan exhibited glimmers of the greatness to come.

By the summer of 2011 Daniel Bryan was quickly becoming one of WWE’s most popular stars. After a solid start on RAW Bryan was quietly drafted to SmackDown in May 2011. This match, one of the best “MITB” matches to date, was Bryan’s big break in WWE. 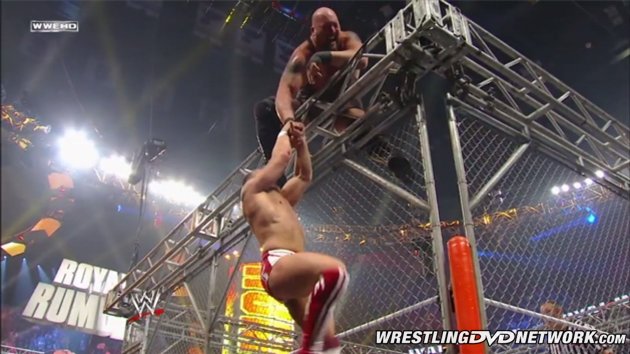 After weeks of drama Bryan finally cashed-in the “MITB” contract at TLC on December 18, 2011, pinning The Big Show a mere 45-seconds after Show pinned Mark Henry to win the title. After weeks of Bryan escaping matches between Show and Henry, this “Steel Cage Match” was signed. An integral part of Daniel Bryan’s arrogant heel turn, this match established Bryan as a legitimate main event player in WWE.

After losing the World Heavyweight title to Sheamus at WrestleMania XXVIII and one night after losing the rematch at Extreme Rules 2012, Daniel Bryan defeated Jerry “The King” Lawler on the April 30, 2012 edition of RAW to win the “Beat the Clock” challenge and earn this WWE title match against CM Punk. This match wasn’t just one of the greatest WWE title matches in some time, but one of the greatest matches in the career of both men. 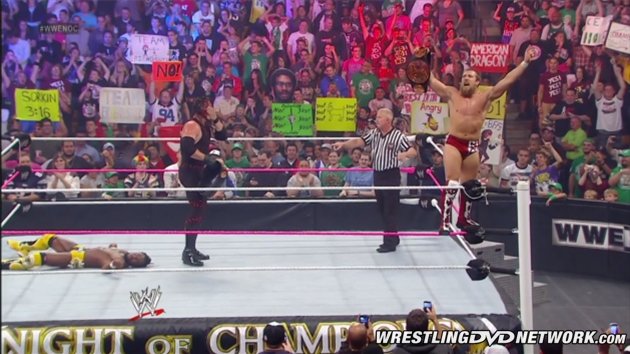 Undoubtedly one of the most popular periods of Bryan’s career was Team Hell No, Bryan’s pairing with “The Demon” Kane. From their unlikely union to “anger management classes” Team Hell No won over fans and helped boost the tag team division. Team Hell No ended the 139-day reign of Truth and Kingston and began the longest tag title reign since 2009 (245 days).

Fans were growing restless that Daniel Bryan would never reach true main event status in WWE and were starting to make their voices heard. In a brilliantly designed angle, standard-bearer John Cena gave the “held back” Daniel Bryan a shot for the WWE title only for The Authority, in their debut, to screw Bryan. This was, without question, one the greatest WWE title matches of all-time. 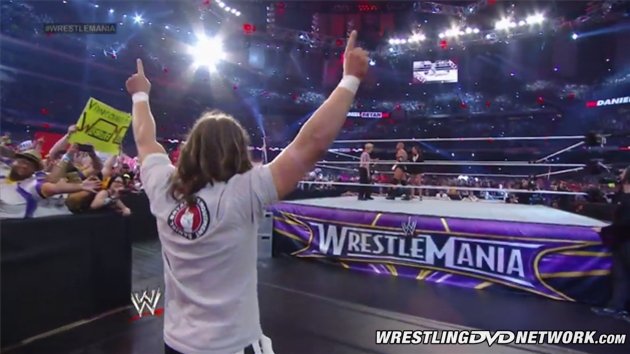 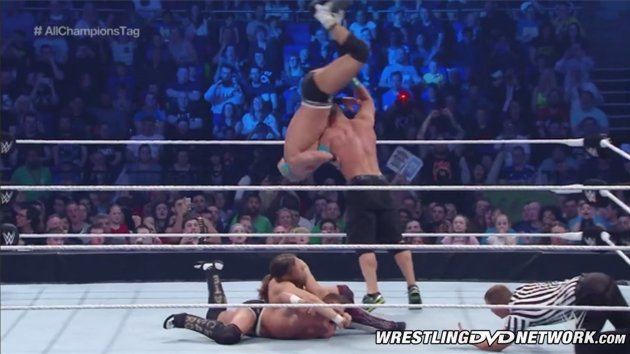 Daniel Bryan was gearing up for a title defense against Bad News Barrett at Extreme Rules 2015 when “The American Dragon” suffered yet another concussion. Bryan was forced to bow out of the Extreme Rules match with Barrett, relinquish the Intercontinental title on the May 11, 2015 edition of RAW, and ultimately retire on February 8, 2016. What was to be a gimmicky crowd pleasing affair turned out instead to be the last match of Daniel Bryan’s incredible career.

Daniel Bryan was not only one of the greatest mat technicians to ever step inside a WWE ring, but one of the most charismatic and entertaining as well, filling a void in WWE that many fans thought would never be filled again. Daniel Bryan’s career may be over but the effects of Bryan’s sudden retirement have yet to be felt. Today, however, we celebrate what was and what remains. 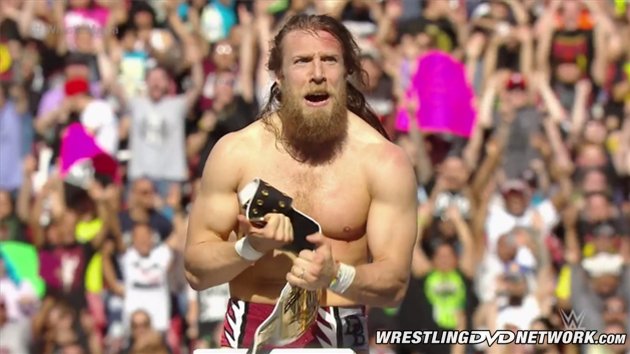 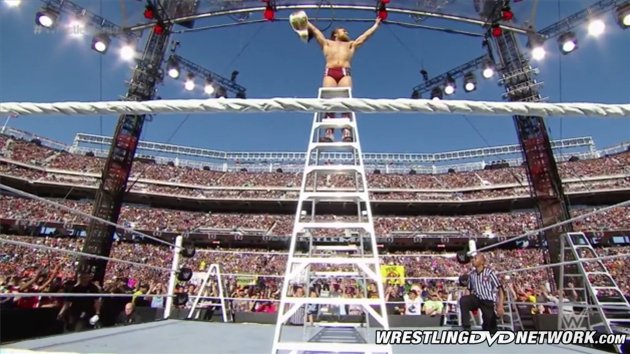 That’s a wrap for this week’s TBT – thanks for reading! If you’re a WWE Network subscriber, check out these classic DB matches and let us know what you think below.

Visit our friends at WWENetworkNews.com who’ve been providing some great updates as of late.