Late Tuesday night the wrestling world lost a hardcore icon when Jonathan “Balls Mahoney” Rechner, one half of the “Hardcore Chair Swingin’ Freaks”, passed away at the age of 44. 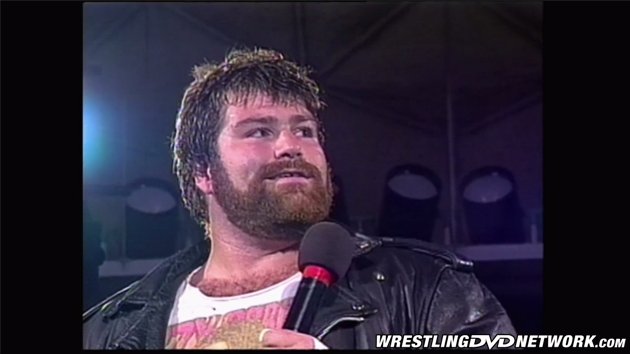 To honor the life and career of one of ECW’s most original stars Throwback Thursday turns Throwback Tribute as we take a look at some of the best matches and career-defining moments of Balls Mahoney’s one-of-a-kind run, as seen, of course, on the WWE Network. 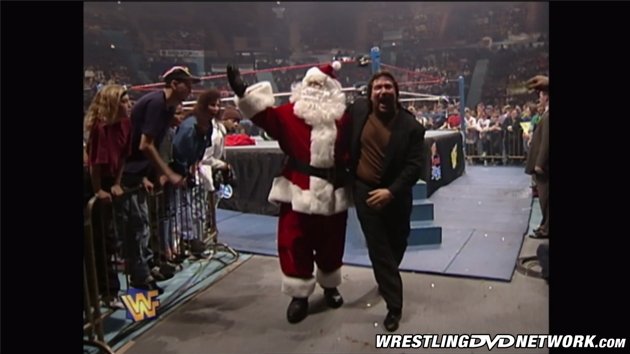 Rechner debuted in 1987 and worked a number of different territories and promotions under a variety of names before ending up in Jim Cornette’s Smoky Mountain Wrestling as Boo Bradley, Jr. in the fall of 1994. The next year Rechner was called up to the WWF to work as “Xanta Klaus”, who was to be a member of Ted DiBiase’s “Million Dollar Corporation”. Debuting in the above segment, Rechner made only a handful of appearances in the WWF before being released.

Rechner debuted in ECW as “Balls Mahoney” in December ’96. After winning his debut match against Devon Storm, Balls would lose far more than win. This match, Lance Storm’s ECW debut, marked a turning point for Balls Mahoney in ECW. Soon after this match Balls and the late Axl Rotten would team for the first time, and Balls’ ECW fortunes would slowly begin to change. 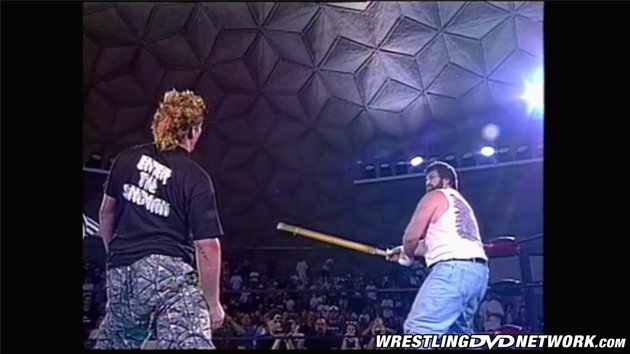 This match was a true career-defining moment for Balls Mahoney, elevating Balls to a new level and proving his worth to the ECW fans not already convinced that Mahoney was for real. Though ending in a schmoz this match finds Mahoney’s transformation into the “Hardcore Chair Swingin’ Freak” nearly complete. Something to listen for is Rick Rude’s commentary which is still hilarious.

Words truly cannot do this match justice. This is the kind of hardcore war “The Hardcore Chair Swingin’ Freaks” were used to. Though Balls and Axl come out on the losing end they put on one helluva fight with four of ECW’s toughest wrestlers. 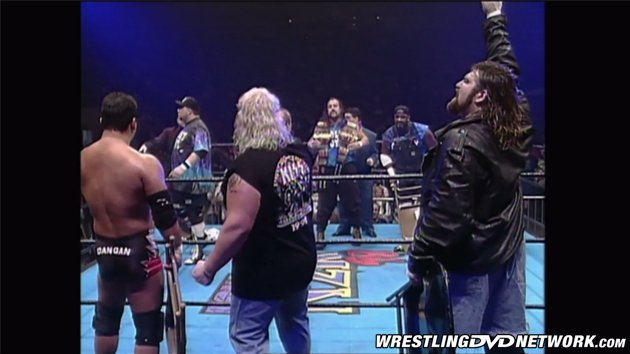 With Axl Rotten on the shelf Masato Tanaka stepped in to help Balls Mahoney in the ongoing war with The Dudley’s. This match, as one would expect, is a street fight. The Dudley’s had just won the ECW Tag Team titles from RVD and Sabu on HCTV #288 days before this event. In true ECW fashion RVD and Sabu made their presence known, helping Mahoney and Tanaka win their first and only ECW World Tag Team Championship, ending The Dudley’s 4th reign at a mere 8 days.

This match was a truly iconic match for Balls Mahoney. The match itself isn’t that bad for card-filler, with a young Steve Corino showing glimpses of the greatness to come. It is the finish, however, that truly changed Balls Mahoney’s fortunes in ECW. The sight of Mahoney warping the steel chair over Corino’s head became a mainstay in the ECW music video from then on. 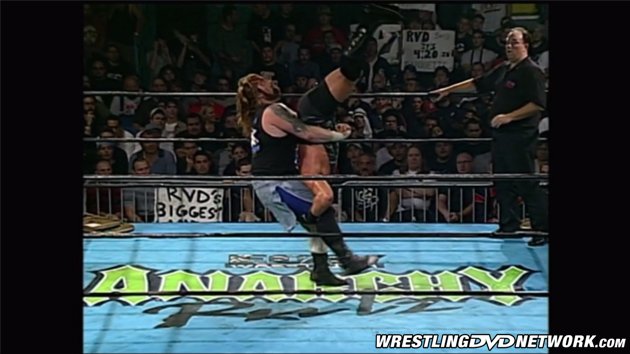 Not many thought this match was worthy of going on last, but in the end it turned out to be one of the best, most memorable ECW World Television Championship matches in ECW PPV history and made a true superstar of Balls Mahoney. Featuring one of RVD’s craziest crowd dives, Mahoney and RVD stole the show and delivered a true ECW classic.

Taped 5 days after their battle at Hardcore Heaven 2000, Mahoney and Tanaka raised the bar and left the fans in Duluth, Georgia breathless. This brawl marked one of the final matches for Tanaka in ECW before returning, briefly, to FMW. While the entire match is a hardcore masterpiece, Mahoney’s reversal of a tornado DDT into the Nutcracker Suite is a thing of beauty. 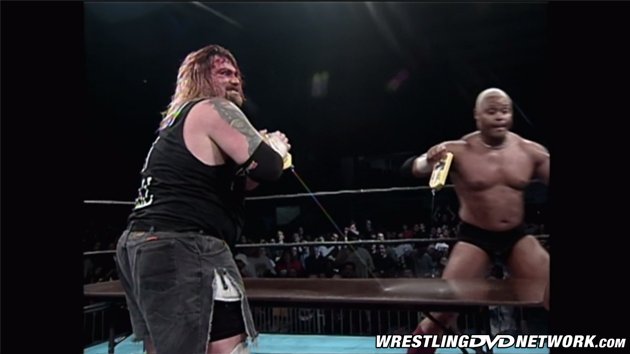 Balls Mahoney and Chilly Willy were brought together by their mutual hatred of the Da Baldies. The culmination of several flaming tables attacks by all involved, this match is more a street fight than a tables match, though the finish is every bit as hardcore as the rabid fans in Villa Park, Illinois were clamoring for.

Balls Mahoney stuck around WWE until April 28, 2008 when he was finally released. Sadly, none of Balls’ matches on the new ECW on Sci-Fi, the three matches on RAW, or the lone SmackDown! match with Big Daddy V are available on the Network at the time of writing.

Mahoney spent the rest of his career jumping from promotion to promotion, from WWC to TNA, JCW to ROH, never getting close to the fame or success he garnered in ECW and WWE. Though this hardcore legend is gone, Balls Mahoney will never truly be forgotten, and thanks to the WWE Network Mahoney’s career will never truly die. 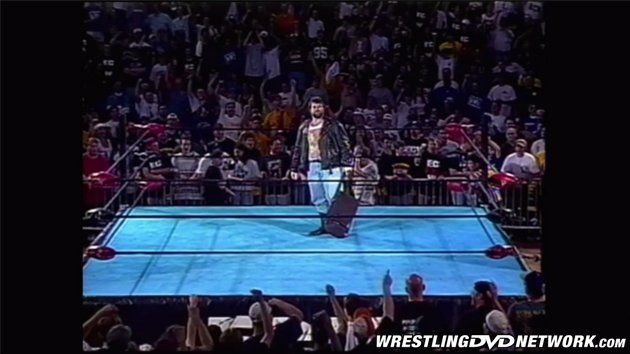 That’s all for this week’s TBT – thanks again for reading! So, are you a WWE Network subscriber? Then check out the matches, see them for yourself, and let us know what you think below.

And we’d be remiss not to give a shoutout to the guys over at WWENetworkNews.com delivering great news, reviews, and opinions on everything WWE Network: for fans, by fans.